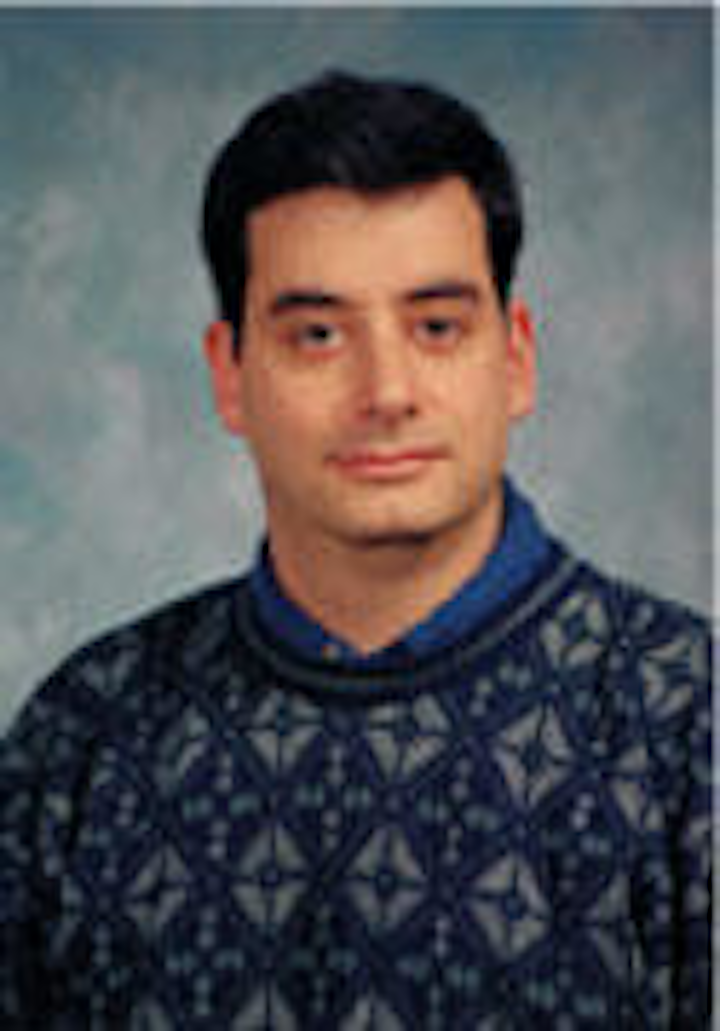 We cannot ignore the customer, and the customer is still pretty sick. Among the sickest are the emerging carriers.

BY ROBERT MANDRA AND KEVIN SLOCUM

Our last column covered the seesawing trends expected through the summer. A seesaw seems a pretty tame comparison for how the market has treated optical communications technology investors. If our May Photonics 2001 conference did anything, it sent us signals that the bottom was not at hand, but it certainly didn't leave us with an impression that was as dismal as the June quarter reports. With those results, came new lows for many of the stocks, making a roller coaster a more appropriate analog for the group.

We hope this month's column comes to you at a point when the photonics group is on an upswing. We believe it will. In case we are wrong, our mission this month is to talk about some of what we have decided will be critical to a sustained upturn in the stocks within the group. We want to distinguish that from a turn in the business, because we believe that will lag the stocks by about six months. It may be best to address the idea in the context of what we are seeing that bothers us. If these things began to move in the right direction, we believe the stocks would as well.

First and foremost is widespread insider selling. There are lots of reasons to sell a stock, and we are not normally very troubled by insider sales. But over the course of the June quarter, sales were widespread and disturbing mostly because they seemed to be happening as many stocks were hitting our approaching new lows. At a minimum, they have been a clear indication that there is no business visibility whatsoever.

In some cases, you look at the prices that the executives are selling at and in truth the actual dollars being raised are not very consequential. If these companies really believed in their eventual success, shouldn't they value their positions more highly today?

Why are companies studying ways to adjust option strike prices if the first thing they seem to want to do is sell at current levels? You might convince us that some have gone out on a limb with their personal finances where their equity stakes were used as collateral; however, not nearly as many as have been selling. We'd like to see some buying. We'd like to believe that some of the single-digit stocks on my screen have the promise of a return greater than those you can get on fixed-income-based security these days.

A second factor was starting to surface as we wrote our column. Throughout the communications sector, there has been talk of excess inventories. In many instances, you will hear claims that customers are carrying as much as a year of inventory because they had been placing orders for expected demand over a six-month time frame and the expected demand has cratered.

When JDS Uniphase and Nortel Networks lowered their June quarter guidance ahead of the close of the quarter, they also announced plans to write down inventories of excess components. By the time this information is in print, we hope Agere Systems, Corning, Alcatel, and a host of others have joined the list because the sooner we discard this baggage, the sooner we will be on the road to recovery.

Third, we would like to see some of the newer technologies begin to take hold. Every supplier you listen to will tell you about a tremendous amount of design activity. Well, when will the value proposition look compelling enough for their customers to move forward on these designs instead of perpetual push-outs? Our reaction to this behavior is that the supply chain has failed to deliver something good enough to justify adoption in a new system. The system suppliers are being held to a tougher value proposition hurdle, and we suspect if they were seeing enough, then they would jump at it.

And finally, we cannot ignore the customer, and the customer is still pretty sick. The sickest are the emerging carriers such as 360 Networks that had just failed to make an interest payment as we were putting our thoughts for the column together. We believe that there will be a restructuring of those players before all is said and done. AT&T and WorldCom have had to restructure, and most certainly the emerging carriers will not come off the bottom without seeing their ranks thinned through outright failure or consolidation. 360 Networks seems to be a real bell ringer on this point.

It all seems a little hopeless, but it's not. Things are bad enough that the hard decisions are now being made. Earlier in the year, some companies were announcing layoffs but not moving ahead aggressively to fulfill the planned cuts. That behavior unfortunately has had to change. The industry restructuring will not have to be complete for equity investors to become more constructive. It will need to be underway with enough substance that prospective shareholders will begin to believe there is a credible path to health.

We shouldn't forget that the cuts are fierce. JDS guided to $600 million in sales for the June quarter when they lowered the bar on June 14. That is half of what they and SDL had once expected to do in combination for the quarter. The September quarter figure is one-third of what was once expected. Those numbers are pretty miserable, but they are also a pretty clear indication that the cutting is deep and that it can't be long before carriers are showing improved financial performance. So as bad as these numbers are, they're probably a prerequisite to a rebound for the customers and eventually the vendors that supply them.

We don't have much new to add on the individual stock front this month. Despite the challenging environment, we still feel most comfortable about Ciena and Finisar. They have certainly proven that they are vulnerable, but we still feel they will be stellar performers on the other side of the current downturn. Away from them, we've had to do an about face on LightPath Technology. Unfortunately, we believe they are in danger of losing an important customer, and the difficult environment will not make the business easy to replace if our concern proves justified.

We mentioned Digital Lightwave last month, and we continue to like the company's position. They, like everyone, are having to work hard to bring home the business these days and are finding customers going a little more slowly than only six months ago. Ten unit orders are turning into five unit orders with indications the customer will be back for the balance of the order later.

There are no layups out there, and in all instances, missing guidance is a high probability these days. We have been trying to take a little longer-term view. That applies to Digital and it applies to most of our company comments in this column.

Robert Mandra is a principal in investment banking with Wit SoundView (Stamford, CT). Previously, he was an optical engineer with MIT Lincoln Laboratory for nine years. He can be reached at (203) 462-7361 or at rmandra@witsoundview.com.