Bandwidth as a commodity 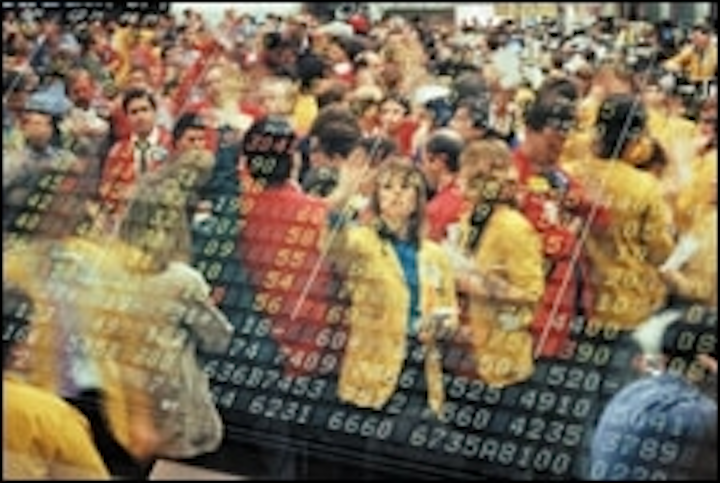 The physical infrastructure for commodities trading is starting to emerge.
Interconnection in the metro for bandwidth trading

While some view commodity-based bandwidth trading as inevitable and others aren't convinced, the deployment of the physical infrastructure required for such bandwidth exchange is underway. Several companies are building and investing in pooling points in key markets in North America, Europe, and Asia. 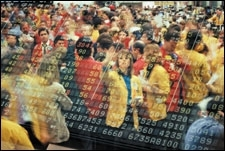 These physical connections between buyer and seller represent one of the pieces that need to fall in place before bandwidth trading can become a reality. A standardized contract that can facilitate negotiations and protect the parties involved is another. Getting the negotiation process down to a matter of days if not a matter of hours is critical. Today, it can take months to complete a bandwidth transaction, and many initiated deals never take place.

Yet, at least initially, it all comes down to infrastructure. "By far, the largest problem is connectivity," asserts Paul Racicot, vice president of global bandwidth risk management at Enron Broadband Services (Houston), a subsidiary of natural gas and electricity utility Enron. "We're seeing some tremendous strides, but it is still going to be a battle to see that we establish the metro connectivity that would exist to have a liquid trading market.

The first step toward interconnectivity among carriers is to build a global network of strategically located pooling points on high-traffic routes between major markets. To trade bandwidth, both the buyer and seller must connect to the pooling point. A pooling point is basically a highly scalable switch, usually located in or near a carrier hotel that physically connects to both of the networks involved in a bandwidth transaction. Once connected, the carriers can also buy or sell bandwidth from all of the other providers connected to that pooling point. The cost to the carrier typically involves a monthly port charge-anywhere from a DS-3 (44.736 Mbits/sec) up to an OC-48 (2.5 Gbits/sec) and shortly OC-192 (10 Gbits/sec)-and a one-time delivery or transaction fee.

Enron Broadband Services became an evangelist for bandwidth trading in May 1999. In December 1999, Enron announced an operational city pair of pooling points between New York and Los Angeles. The company completed its first transaction, trading with Global Crossing that same month. In 2000, Enron built a pooling point in London and invested in pooling points in Asia, including Tokyo. The company will eventually look into South America and some of the major cities there.

To date, Enron has 13 pooling points established in the United States, with plans for 19 by the end of the year. When completed, the Enron pooling-point network will offer 65 physical demarcations-addresses where providers can accept capacity-representing more than 170 city pairs in 23 cities worldwide.

In addition to Enron, companies such as LighTrade, Williams Communications, and Dynegy Inc. and bandwidth exchanges such as RateXchange are developing pooling points or investing in bandwidth trading ventures. What sets carriers such as Enron apart and makes some carriers uneasy is that Enron operates its own fiber network and participates in the trading market, acting as either the buyer or seller. To maintain some neutrality, the pooling-point sites are administered by PriceWaterhouseCoopers.

LighTrade, established in 1999, is solely in the business of deploying and operating pooling points. "We are in the business of delivering bandwidth between a seller and a buyer, regardless of how they have chosen to transact," says Doug Minster, vice president of corporate development at LighTrade. "So while our business facilitates and we derive revenue off of a bandwidth trading market, we'll take trades done using one-off agreements, trades facilitated by an online exchange and an over-the-counter broker.

"Rather than cutting separate connection deals with carriers A through D four times, they only have to connect to us once for that connectivity," he explains.

Through November 2000, LighTrade had two pooling points that were fully operational, although not yet in commercial service. The pooling points, which use Lucent Technologies' WaveStar bandwidth manager, were undergoing beta testing.

"Enron has pooling points in Los Angeles and New York that are also WaveStar bandwidth managers, so if someone wants to do a trade between DC and L.A., they can use LighTrade at one end and Enron at the other," says Minster. "You ought to be able to do a transaction where LighTrade is on one end of the country and somebody else's pooling point or even just a CO [central office] is on another end of the country. The desire for flexibility in terms of the number of markets and number of people that can be connected is very high. More liquidity, more participants, more city pairs are all very important to the development of the trading market."

With the development of infrastructure underway, many industry participants have turned toward the creation of a standardized contract. "Right now, the typical telecommunications company has a very unilateral type contract," says Enron's Racicot. "We are trying to propose a level playing field with a bilateral arrangement that is standardized and accepted across the industry."

The telecommunications trade association CompTel (Washington, DC) is involved in developing such a master agreement. A draft agreement is in its final stages, with quality-of-service (QoS) issues the last area of discussion.

Although LighTrade won't be a party to the contract, it has been involved in these discussions. "They need to understand how we do quality of service and how we do our business," says Minster. "One of the challenges of the master contract is exactly what those quality-of-service standards need to be and what kind of remedies it triggers when those are breached."

"This is a voluntary contract," explains Russell Frisby, president of CompTel. "We'll publish the master agreement. Those companies that want to use it will use it as the base of their trading."

CompTel has also been involved in the formalization of a bandwidth trading organization (BTO-www.bandwidthtradingorganization.com). The role of the BTO is to manage the master agreement, but that is not yet definitive. "The BTO per se has not been established yet," says Frisby. "Nothing is final there because we still have to outline what the BTO will do, since it won't be involved in trading or market monitoring."

With the metro infrastructure underway and a master agreement in the works, other challenges remain. A major hurdle is getting carriers and service providers onboard. Interest is high, and several carriers such as Qwest International have issued requests for information to inquire about bandwidth trading.

For Enron, establishing the financial health of many companies in the telecommunications industry presents a challenge. "With a lot of dot-coms and startup companies that is a smaller problem, but it is a problem that needs to be looked at," says Racicot.