Whatever you call them, monitors measuring up 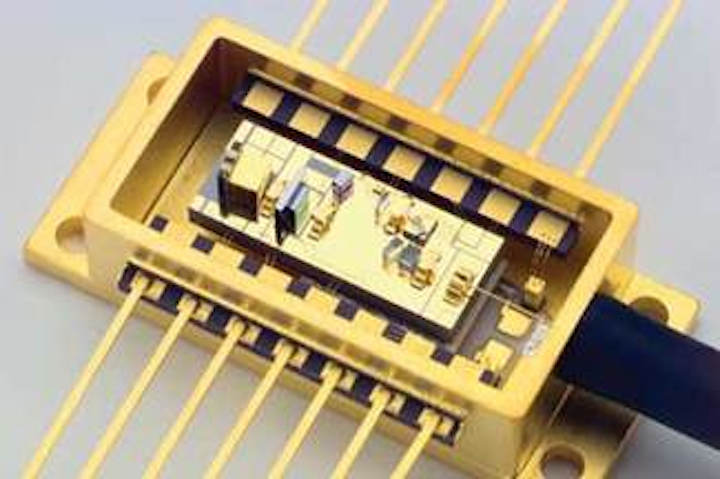 How important will optical channel monitors (OCMs) become as networks increase in complexity? How about optical performance monitors (OPMs)? Optical power monitors? And what about optical channel performance monitors? System developers and carriers who aren’t sure how to distinguish among these modules may take some solace in the fact that the developers of these products don’t agree on what differences-if any-there are among them either. There also isn’t unanimity among the suppliers about what their clients value most in such devices or how to define the market. However, they do agree that, thanks to decreases in costs and improvements in performance, monitoring devices are ready to take a more prominent role in both long-haul and metro networks, particularly applications where reconfigurability is a goal.

Regardless of what you call the devices-for the purposes of this article, we’ll refer to them as OCMs-suppliers suggest that the basic functions they provide include a measurement of how much optical power resides in each wavelength being monitored. In some instances, the devices also measure optical signal-to-noise ratio (OSNR). If there’s a difference between an OCM and an OPM, it could be whether or not the device provides OSNR. However, a review of the devices available from the primary suppliers in this market-including Aegis Lightwave (formerly Aegis Semiconductor; www.aegislightwave.com), Axsun Technologies (www.axsun.com), BaySpec (www.bayspec.com), Ibsen Photonics (www.ibsen.dk), Princeton Lightwave Inc. (www.princetonlightwave.com), and Optoplex (www.optoplex.com)-reveals products described as OCMs with and without OSNR capability.

“You can use OSNR to get a feedback loop,” explains Alka Swanson, chief operating officer at Princeton Lightwave. “And some of the customers are saying that’s a good thing. The others are saying the power is just as good-that OSNR may be a bit more sensitive, but by the time you do all the work it’s not clear that it’s more sensitive.”

Mark Lourie, director, marketing and product management at Aegis Lightwave, says that the type of network in which the OCM will be used largely determines whether it needs to deliver OSNR measurements. “I would say there are two distinct markets. There’s the market for the channel monitor for the legacy-type system, and there is the channel monitor for the new system that designs in the ROADM [reconfigurable optical add/drop multiplexer] and the multihaul and perhaps alien wavelengths or third-party wavelengths as well,” he explains. “The product for the legacy market tends to require OSNR… The market for those new systems tends to do away with OSNR so it can be lower cost.” 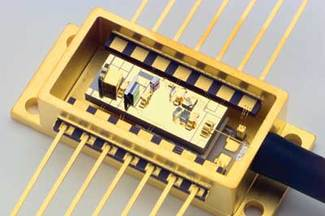 Most optical channel monitors have an engine similar to this one at their heart. The module can comprise a variety of spectrum elements-from tunable filters to arrayed waveguide gratings to proprietary grating technology-and detector elements as well as electronic circuitry.

While he agrees that the market can be divided between legacy and next-generation applications, vice president of sales and marketing Eric Bergles of BaySpec says OSNR benefits both. What really differentiates a legacy product from one designed for tomorrow’s networks are the performance specifications, he believes. “NG [next generation]/ROADM applications [have] tighter specifications, such as 10- to 20-msec response time, which are critical for reporting and restoration. Legacy requirements were for 100 msec or even 1 sec. Size is also important,” he explains. “If you were a legacy supplier, you would not be able to sell your product into NG/ROADM applications without meeting the newer requirements.”

“In terms of the market splitting, I used to believe that. I no longer believe it,” counters Swanson. “I don’t think it’s a function of ROADM versus long haul or versus traditional equipment…I think it’s more of a function of what the channel spacing’s going to be and what’s the [measurement] speed that’s needed,” she says. “I believe that in the end [the markets] will merge, because the channel spacing will be similar.”

While there appears to be little consensus among suppliers about many specifics of their market, they do agree that their space is healthier than it’s been in some time. Bill Ahern, product line manager at Axsun Technologies, reports that his company’s business doubled in 2006 versus 2005. “We saw a pretty strong return of long haul and, particularly with some of the carrier mergers finalizing and getting approval, some pent-up deployment demand started happening-and started happening pretty rapidly,” he explains. “And these were long-haul systems, a lot of them using reconfigurable add/drop multiplexers, and the long optical spans, the next-gen, more exotic modulation techniques.”

They also agree that the move to ROADMs and reconfigurability in general bodes well for their business. The market has started to expand beyond fairly static long-haul and ultralong-haul applications to more dynamic, metro/regional applications. Bergles, for example, suggests that 70% to 80% of the current demand for his products (which BaySpec calls “optical channel performance monitors”-see “Real-Time Performance Monitoring Benefits Reconfigurable Optical Networks” on page 1 for a description of these devices in action) come from such next-generation requirements. The more dynamic the network, the greater is the requirement to know what’s on a given wavelength, whether the channel that the carrier intended to drop actually did, and whether a target channel is available or not. 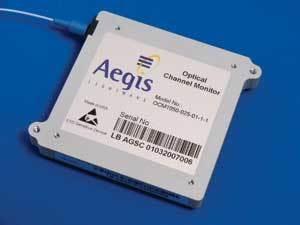 To meet the needs of next-generation networks, some OCM suppliers have begun to emphasize cost and a small module size in addition to performance.

For this reason, Ahern speaks for his fellow suppliers when he says that OCMs will soon appear in more points in the network than they had previously. However, he points out that price becomes more important as the number of monitoring points increases, particularly in the metro.

Just how important price is in comparison to other factors is another point on which suppliers in this market disagree, however. Lourie, for example, says that low cost is extremely important, both to keep the price of the ROADMs down and to integrate monitoring into more pieces of the network, including amplifiers. The typical legacy network would use an OCM every sixth amplifier or repeater, Lourie says. In newer, reconfigurable networks, particularly architectures where carriers expect as many as 16 to 24 pass-through nodes, carriers may need OCMs every third repeater or amplifier.

“Once you’re down to requiring a channel monitor once every third repeater, the cost is similar to integrating our optical device with every amplifier, and you may as well put one in every amplifier,” Lourie offers. Aegis will therefore strive to keep the price of OCM down to fit this vision, he says. Lourie also reports that many designers of ROADMs and other next-generation systems are architecting their equipment to be able to use the features of OCMs in a more or less off-the-shelf manner in a further effort to reduce system cost.

Other suppliers have a different view, however. Bergles, for example, asserts that most of his customers want some degree of customization. “We don’t have to change the design-they’re all Telcordia qualified and have the basic structure intact-but we might swap a few common components out,” he says. “Like a grating, for example, that might be designed for C-band or L-band; usually it’s wavelength specific. We might change the detector array from a 256- to a 512-element [array] so you have more resolution. They’re all using the same basic platform, and then there is some tweaking that goes on.”

In this context Bergles says that cost, while important, is second to performance when it comes to the parameters his customers value most. Swanson agrees. “If you have performance but you’re like 10× above-which nobody is, really-then of course price becomes [an issue],” she offers. “They’re looking for performance because OCM is really an option, at least today, because we don’t have this agile network [yet].... So for them to use that option, they really need the performance more than the price.”

The divergence of opinion and emphasis among OCM suppliers promises systems designers and network architects a variety of choices as they shop for devices. The more buoyant market also portends several supply options. “The future looks good,” concludes Swanson. “And if the people keep adding ROADMs and more wavelengths, they will continue to need these things.”