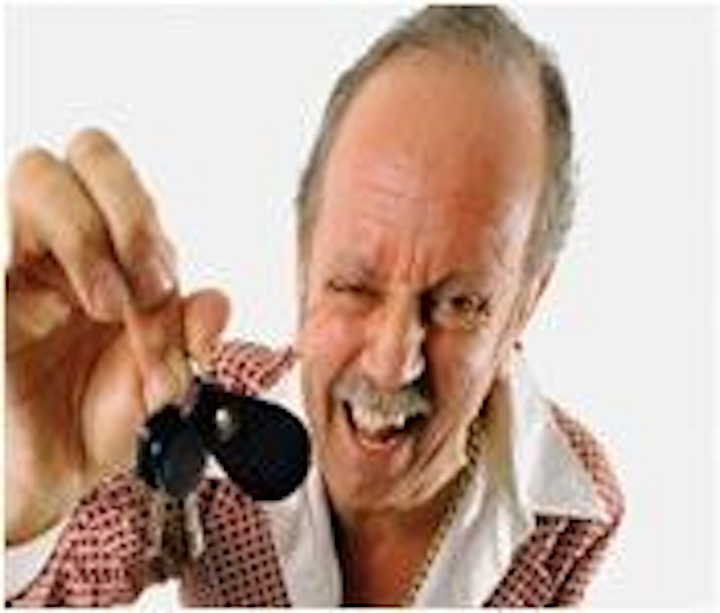 The Line Between Marketing and Hype

Before talking the talk, companies must walk the walk. Today, that may mean moving from prototype into production before customers even consider you as a supplier.

The PowerPoint presentations that once fueled unbridled optimism among investors, analysts, and even potential customers, wore out their welcome in optical communications early last year. As sweaty palms replaced enthusiasm, marketing fiber-optic technology got a lot harder. How hard depends on the technology, vendor's credibility, and maturity of the given market.

Purchasing decisions today involve more risk. Resources are scarce. Companies that once covered their bases by integrating or developing products based on three or four competitive technologies are now paring down to one or two suppliers. In turn, suppliers must show that their technology works, that it can be produced at the needed volumes for the right cost, and that they are in the market for the long haul.

Even so, a lot of technology that is actively marketed today is still not available or in a much earlier state of development than the company represents. That is especially true with newer companies, according to Dean Casey, director of next-generation network backbone at Verizon Labs (Waltham, MA).

Like Verizon, many companies have survived the frustration of "slideware" versus actual working hardware in their dealings with industry vendors. If target customers don't want to hear a pitch or devote precious resources to evaluating technology in their labs, they may have good reason.

Even in a down market, companies need to plug holes in their product portfolios. These companies are going to work with suppliers that can offer viable new technologies that can solve their problems, offer new capabilities, and reduce costs. Customers will require clear-cut answers to basic questions: Is the technology manufacturable? Can I get a solid source of supply? Can I get a second source through a multisource agreement (MSA)?

And answers to these questions may only get you in the door. "Those tend to be the kinds of issues in emerging markets," says Robert Nalesnik, vice president of marketing at parallel optics interconnect startup Alvesta (Sunnyvale, CA). "In a 1-Gbit/sec market, all of those issues have been fully ironed out, and it becomes more of a commodity management set of issues. How can I optimize my supplier chain? Do I want to reduce the number of suppliers that I have? What are the pricing dynamics?"

It's different with optics
A weak market can be particularly challenging for vendors not yet able to demonstrate production-level products and processes. It is a lot harder to convince a potential customer based on a prototype that your company can move the product into production and successfully produce the necessary yields to hit projected pricing targets. The production side of the equation in particular is somewhat of a "holy grail" in optics.

Participating in MSAs such as XENPAK for 10-Gigabit Ethernet transceivers puts startups like Optillion, whose transceivers are shown here, on equal footing with more established vendors.

"In the silicon world, all of the challenge is in getting the product designed and debugged, and then once you get to that point, building it in production is like falling off a log. You've got a bunch of foundries and everybody can do that," observes Nalesnik. "Optics is really completely the opposite. In some cases, it is less difficult to build the prototypes, and it becomes extremely challenging to actually move these products into production. You are basically 20% there with 80% to go."

Today, customers want proof that the company can execute that other 80%. Vendors beyond the prototype stage when the market plummeted may be better positioned to ride out the slump than some earlier-stage startups.

Alvesta, which offers a four-channel 10-Gbit/sec optical transceiver (Model 3100) and conforms to the Optical Internetworking Forum's specification for OC-192 very-short-reach applications, started shipping its first production parts in early 2001 and to date has shipped thousands of units, according to Nalesnik. Even so, customers today want him to show detailed product data on performance, reliability, production-level yields, units shipped, and results from interoperability testing with other vendors' products (in Alvesta's case, that can cover SONET, Ethernet, and InfiniBand architectures).

"What has changed is that we are probably going through that data in a lot more detail with customers for them to feel really comfortable that we can do what we say we can do," says Nalesnik. "They are checking it out really thoroughly."

May the sources be "multi"
Inevitably, in today's market conditions, the number of competitors in many component categories will dwindle. Competing vendors may struggle, exit the market, or even disappear altogether. This fact is not lost on customers. MSAs, whereby participating vendors build products to agreed upon specifications, help to ensure customers that they can get continuity of supply from more than one source. If a clear market has been identified, participating in an MSA may be advantageous, particularly for newer companies. "On our next generation of products, we've had customers that have told us, 'If you don't have a viable plan for a multisource agreement and a second source, don't even talk to us,'" says Nalesnik.

In the parallel-optics space, the early confusion in the 12-channel arena-when about a half-dozen vendors were offering products with their own pinouts-may have pushed this issue to the forefront. Earlier this year, Emcore, Picolight, and Gore signed on to develop 12-channel, pluggable, optical modules that conformed to the specifications outlined in the SNAP 12 MSA. Alvesta has partnered with Cypress Semiconductor on a QuadLink MSA, which is based on its four-channel, full-duplex product.

"As the market itself slows down, the total market is going to be a little bit smaller," says Nalesnik. "So it is important for vendors to focus on 'How do we grow the overall pie?' rather than squabbling over the individual pieces."

One outcome may be that vendors agree on MSAs before developing their products, rather than dedicating all their efforts to promoting their own designs through MSAs later in the product cycle.

In "Bob" we trust
Many potential customers require suppliers to establish their credibility before any discussions take place. For newer companies, that is easier to accomplish if employees, from the engineers on up, have a history of relationships with decision-makers in their target market.

"We chose to work with companies that knew our people from the beginning," says Geoff Brown, vice president of business development and sales at optical transceiver startup Optillion (Stockholm, Sweden, and Pleasanton, CA). "The head of our optical technology group ran a similar group at Ericsson. So they're not dealing with someone that has two years' experience in optical-component technology; it's more like 20 years."

Optillion's initial products, hot-swappable 1310- and 1510-nm XENPAK transceivers, are designed to support 10-Gigabit Ethernet data transmission over 10 and 40 km of singlemode fiber, respectively, in metro environments. Like Alvesta, Optillion has developed its product according to an MSA, in this case, the XENPAK 2.1 multisource agreement.

Using a common strategy among vendors promoting emerging technologies, Optillion provides evaluation boards to potential customers, which allows customers' engineers to connect the new form-factor transceivers to their own systems or to other components for interoperability testing. This common practice enables interested parties to evaluate new products without investing as many resources.

"The focus in a slow market becomes very clear," says Alvesta's Nalesnik. "Your first three priorities are design wins, design wins, and design wins. Just as the service providers are focusing on, 'What can you provide me with today that solves my problems?', suppliers are focused on how to get design wins and how to help the customer move those designs into production sooner so that they can get to revenue more quickly. This type of climate really puts the focus on what it should be, which is, how do you solve the customer's problems and get them up and running and into production?"