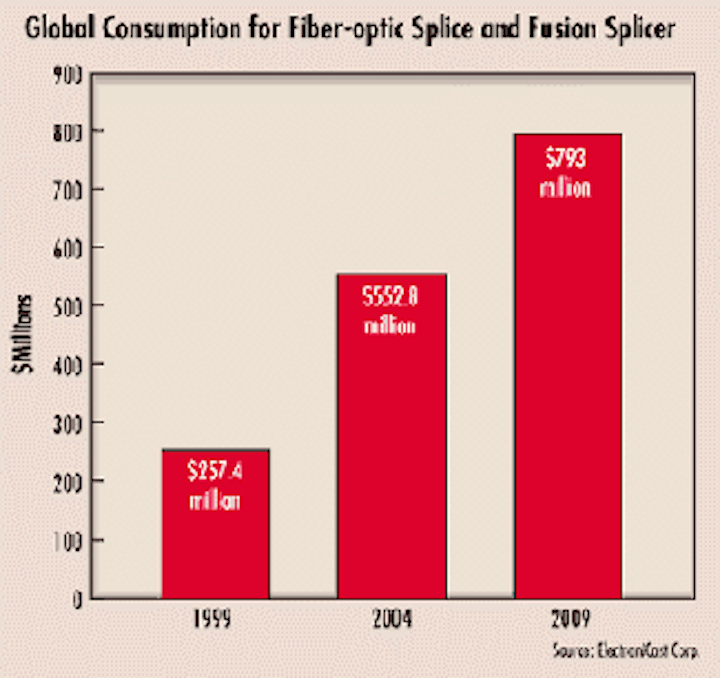 The worldwide consumption of fusion-splicer products reached $257.4 million in 1999 and is expected to experience slow but steady growth over a five-year period, to reach $793 million by 2009, according to a new study from ElectroniCast Corp. (San Mateo, CA). In 2004, the beginning of the forecast period, consumption of fusion-splicer products will total $552.8 million, a result of rising quantity growth partially offset by a continuing decline in average price (see Figure).

According to the report, core alignment and core cladding are the two major fiber-optic fusion-splicing technologies. 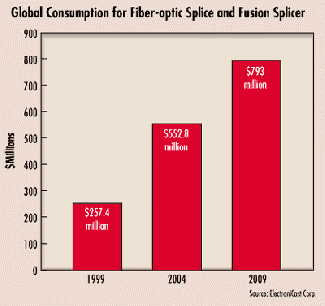 While core-to-core and cladding techniques often result in a quality fusion splice, "not all optical fibers are manufactured exactly identical," explains Peter Jewett, research analyst at ElectroniCast. "Therefore, differences in the actual fiber diameter, coatings, and curl cause the cladding method to be less efficient then the core-to-core method. Splice loss and return loss specify which technique is most appropriate for a specific application," he adds.

is further divided into various fusion- splicer types. For more detailed information, visit the company's Website at www.electronicast.com, or call (650) 343-1398.