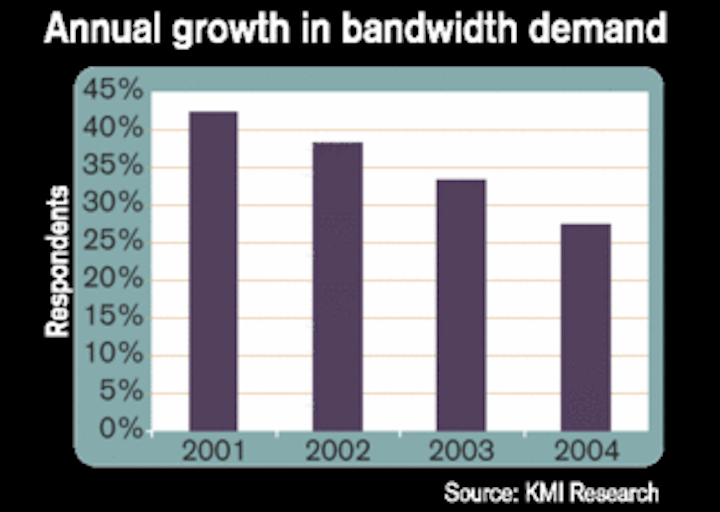 Telecom-carrier responses to the "Optical Networking Equipment Survey 2003" from KMI Research (Providence) indicate that carriers plan to increase their optical-networking equipment spending in 2004 and beyond. 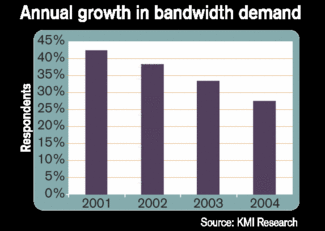 "Across all regions and among all types of carriers surveyed, expectations are that there will need to be a spending increase in the next couple of years as capacity on the presently deployed equipment becomes increasingly filled up," reports KMI analyst Michael Arden. For example, 35% of respondents indicate that their 2003 purchases of DWDM equipment would increase over their 2002 purchases. For 2004, 59% of respondents indicate an increase in year-over-year DWDM spending.

KMI received responses from 141 carriers worldwide, with 44% in North America, 5% in Latin America, 18% in Europe, 31% in Asia-Pacific, and 2% in Middle East/North Africa. The survey data shows a shift in the type of optical-networking products to be procured in the near future. As carriers look to evolve their networks to more intelligent systems, equipment manufacturers will see an increase in spending on optical add/drop multiplexers, optical crossconnects, next-generation SONET/SDH transmission equipment, and similar advanced technologies. Also, the presence of Ethernet will increase in networks—both long-haul and metro—over the next several years.