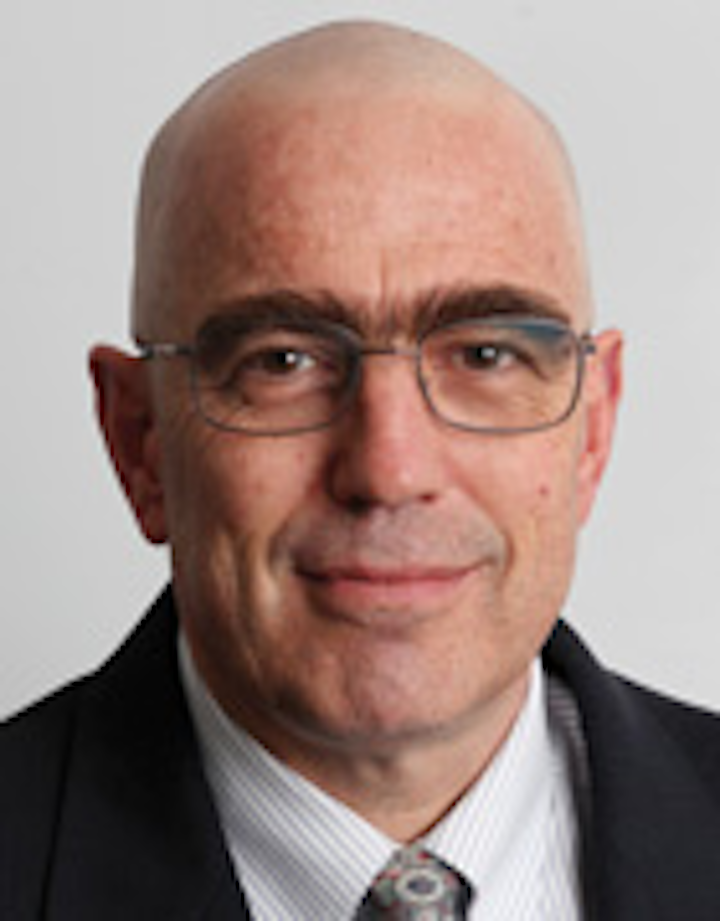 Shortly before the FTTH Council Europe's 2013 conference in London February 19–21, Lightwave European correspondent Kurt Ruderman asked fiber optics analyst Richard Mack of CRU International to evaluate the European scene in 2012 and offer his outlook for fiber and cable in 2013, particularly as it relates to FTTx in Europe.

Lightwave: What were the key developments that shaped the European fiber optics market in 2012?

Mack: Even though several important economies in Europe were struggling with recession, the region's optical fiber and cable industry fared reasonably well in 2012 – better than in 2009, when the recession had a greater effect on telecom capital spending.

For one thing, the large fiber and cable firms have broad-based businesses. That is, they have sales organizations in other regions, and in many cases there are subsidiary or joint-venture factories in other regions. Exports of optical cable by Europe's factories were higher in 2012 than in 2011.

One development in 2012 was that we saw the effects of consolidation. It was the first full year of the new Prysmian Group, which combines Prysmian and Draka. The group's new product and marketing campaigns highlighted the combined product family for telecom, including FTTx applications. Tyco and ADC, which merged about the same time as Prysmian and Draka, progressed with the consolidation of their strengths in interconnect and passive hardware.

There were important developments in the optical cable industry's product portfolio, especially innovation aimed at FTTx applications. This has been a key segment in terms of market growth, and the manufacturers have addressed new opportunities with new cable designs and features aimed at making the cable easier to install.

Why was 2012 a reasonably good year in fiber compared with the region's economic condition?

We would not say that the fiber business is entirely immune to the poor health of Europe's economy (GDP growth, etc.), but we would point out that fiber is also driven by other factors that are far more positive than GDP trends – bandwidth growth, the EU's drive for broadband connectivity (the EU Digital Agenda), efficiencies in data transport for rail, utility, and other infrastructure, etc.

The amount of cabled fiber (multimode and singlemode) installed in Western Europe rose 5% from 2011 to 2012. This was far better than the negative growth in GDP. The amount installed in Eastern Europe dropped from 2011 to 2012 by 3%, due to a downturn in Russia's demand. The amount of cabled fiber installed in the Eastern European markets excluding Russia showed an increase of 15%. In addition to the increased quantity of cable, 2012 saw progress in a wide range of application environments, requiring a diverse array of fiber and cable types for FTTH, FTTB, blown installation, etc. This drove R&D into new small-diameter cable types, easily installed cables, etc.

What were the big European projects in 2012?

We also saw progress in FTTx deployments in several important markets. Last year in Turkey, both Turkcell Superonline and Turk Telecom were installing FTTH systems. In the Netherlands, KPN is progressing city by city with its FTTH programs at a healthy pace. Ukrtelecom has FTTH projects in Ukraine. In the UK, BT Openreach, which mainly is installing FTTN and using FTTH for a small percentage of premises passed, is ahead of schedule with its multiyear program.

What are the top European fiber markets?

In terms of the amount of cabled fiber (in fiber-km) installed, the top 10 markets in order of size are Russia, Germany, France, the UK, Turkey, Spain, the Netherlands, Italy, Switzerland, and Ukraine. These 10 accounted for 74% of all fiber installed in Western and Eastern Europe.

What are the big drivers for fiber?

Broadband services over FTTx networks have been the main driver for fiber optics in Europe for several years now. It is also the same driver in much of Asia, North America, parts of Latin America, and Australasia. In India, Africa, and other parts of Latin America, backbone routes are a more significant driver. In China, mobile infrastructure has been the biggest driver (accounting for the most fiber and the most growth in recent years), although FTTH is also a major factor in the China market.

What were the big obstacles to fiber deployment in Europe in 2012?

Generally, the obstacles for fiber deployments have to do with cost, competition, and government policies. The cost problem is that VDSL can meet the EU Digital Agenda targets in many locations, and it gives a conservative carrier a safe way to offer broadband with less risk of stranded investment or having to share fiber infrastructure. When the new vectoring technology and the somewhat older pair-bonding technologies are used with VDSL, the bit rates can meet the Digital Agenda targets. In some countries, there is also a competitive CATV industry offer for broadband, based on DOCSIS technology.

The main observation about the European market is that it is a highly diverse group of about 50 countries. There are some small markets such as Andorra, Iceland, and Jersey that have been aggressive with FTTH. There are some large markets such as Germany and UK that have been conservative with FTTH and more willing to pursue FTTN and "partial fiber" access-network architectures. Russia has been aggressive with FTTB, and recently with FTTH, and this has made it the largest market in Europe – more than twice the cabled fiber installed per year as the next largest in recent years.

In 2012, there were some signs for stronger commitment to spending on fiber in 2013 among key carriers in Germany, Italy, and Spain. With progress in these markets, along with a resumption of growth in Russia and steady progress in other markets such as Turkey, Netherlands, Switzerland, and France, there is the potential for an increase of 5% to 10% in the amount of cable installed.

RICHARD MACK is fiber optics analyst at CRU International. He is the editor of CRU's Optical Fibre and Fibre Optic Cable Monitor. He also is on the team of analysts that writes CRU's Telecom Cables Market Outlook.