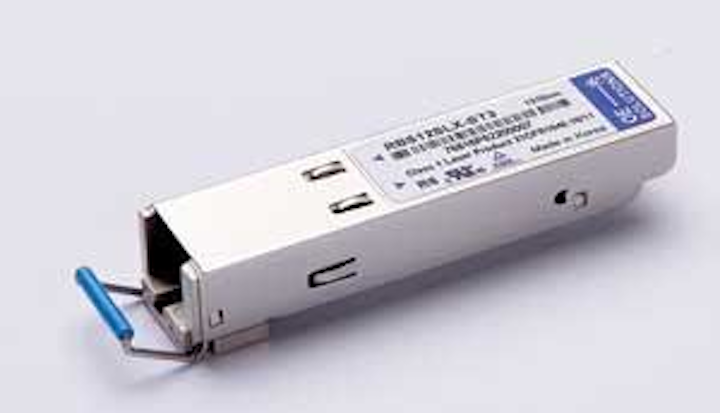 In communications, early adopters drive market demand and at the same time push service providers to offer greater bandwidth and more services. The percentage of early adopters in Far Eastern countries like South Korea and Japan far exceed the percentage in the North American market. 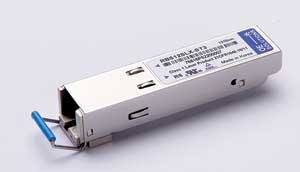 For example, South Korea has long been known as a pioneer in the introduction of new broadband technologiesâ��and South Koreans have responded favorably to service providersâ�� hopes. At its peak, 37.2 million users had mobile handsets, which translates to the majority of Koreaâ��s total population. The number of handsets in use is expected to increase to 46.9 million by 2010. This number suggests that each person in South Korea (excluding preschoolers and the elderly) will carry more than one mobile handset.

Currently, wireless broadband (WiBro) is being pushed hard by service providers due to relatively slow market growth in recent years. South Korea also leads in the introduction of many new wireless services such as 3D gaming, digital home services, video-on-demand, and telematics. With this market demand, wireless backhaulâ��the transport of traffic between the cell towers and the fixed networkâ��must step up to the next level.

Wireless communication in South Korea started back in 1984 with the introduction of the AMPS cellular car phone (see Fig. 1). The worldâ��s first digital mobile phone using CDMA in 1996 ignited the wireless market, and various forms of PCS services flooded the market in 1997. The aforementioned early adopters and a strong push from the governmentâ��s IT initiative helped the South Korean market become one of the most penetrated markets as far as the percentage of Internet and wireless users. 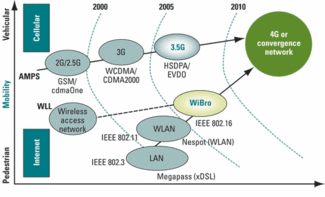 South Korea has been a pioneer in the deployment of wireless services, with wireless broadband (WiBro) the latest step.

The Korean government continues to play an important role in directing technology. For example, even with the wide CDMA-based system in place, the government mandated that 45 cities be covered by UMTS by 2006. This regulation was mainly to push the countryâ��s wireless industry in line with the global GSM market.

When we look into the details of wireless evolution in South Korea over the last 10 years, we see many market dynamics. In 2000, SK Telecom introduced the worldâ��s first CDMA 2000 1x EVDO service. By 2002, the peak speed of 2.4 Mbits/sec was commercially available using CDMA 2000 1x EVDO. This milestone proved the South Korean wireless network to be the leading wireless network.

With continuous pushes from both service providers and consumers, WCDMA HSDPA was commercially available by June 2006. WCDMAHSDPA is a 3.5G service adapting Common Public Radio Interface (CPRI) technology with base terminal stations (BTSs) and remote radio heads (RRHs). CPRI was widely adapted due to the resemblance of its data rates to SONET and Gigabit Ethernet. The standard line bit rates are 614.4 Mbits/sec, 1,228.8 Mbits/sec, 2,457.6 Mbits/sec, and 3,072.0 Mbits/sec. This market required breakthroughs in radio equipment (RE) and radio equipment control (REC).

As mentioned, WiBro has been the latest addition to service offerings in South Korea. Major technical specifications of WiBro are shown in Table 1. To help understand the aforementioned migration, Table 2 shows the network portfolio of South Koreaâ��s major wireless service providers.

KTF commercialized WCDMAHSDPA and designed the wireless network without optical repeaters. KTF used RRHs in its system. With CPRI technology in place with BTSs and RRHs, the cost of the system dropped significantly. Compared to pre-CDMA 1x equipment, the carrierâ��s ARPU increased and the time to deploy the system decreased quite a bit. In 2006, KTF started WCDMA service and soon became a leading provider of such services. This business case proved that CPRI technology with RRH would be a good approach for both cost reduction and service coverage expansion. Besides WCDMA, mobile-WiMax and CDMA EVDO revision A are using this technology for development. 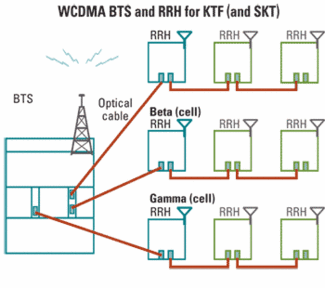 Figure 2. The combination of remote radio heads and base stations enables wide coverage in an efficient manner.

Samsung and LG-Nortel are now involved in RRH equipment as well as BTS equipment. Another advantage of using RRH is the fact that it is located in an area remote from the BTS. This minimizes interference and decreases the number of BTSs. Power consumption is low and the size of the module is relatively small. It also offers easy installation and remote access.

Samsung and LG-Nortel are supplying their systems to KTF, SK Telecom, and LG Telecom. These systems are not only being used in South Korea but are also being widely used in Europe. 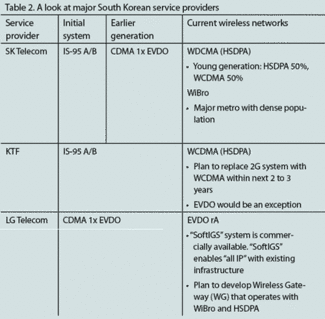 As in most updated systems, the technology that is being deployed in South Korea uses the connection between the BTS and RRH. The RRH is an access point that can operate as both an individual cell and repeater. As shown in Fig. 2, the main RRH cells can be extended using additional RRHs without deploying separate repeaters. This is called RRH daisy chaining. These systems work on WiMAX 802.16e-2005 and WCDMA/LTE standards as well as all other standards such as GSM/CDMA2000.

By adopting RRH and CPRI links, â��off-the-shelfâ�� RRHs can be standardized for easy penetration into the market. Such equipment would also be a cost-effective option in regard to both capex and opex. This distributed architecture using RRHs benefits both rural and urban areas with cost-effective coverage and increased capacity. Additional advantages would be that fiber connectivity can decrease antenna power loss in disastrous weather conditions. 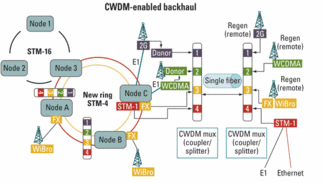 With fiber connectivity, one of the highest expenses would be the leased fiber cost. The ability to share uplink and downlink connections on a single fiber can obviously decrease lease costs by half. A single-fiber SFP transceiver, the so-called bidirectional SFP transceiver, enables this option and promotes more flexibility in network design.

The latest step in the wireless backhaul evolution is the introduction of CWDM. Again with the cost of adding new fiber in mind, the simple addition of mux/demux modules and CWDM transceivers to a fixed infrastructure economically increases bandwidth. To minimize the number of fibers, bidirectional SFP transceivers are being used here as well.

This approach is advantageous because carriers can simply introduce new wavelengths to the existing fiber connections. For example, at a node location with wavelength #1 used for the 2G system, you can simply add a WCDMA signal, WiBro signal, and Ethernet signal with different CWDM wavelengths as the service expansion is required. Also, to share the existing infrastructure, different service providers use their own dedicated CWDM wavelengths. Figure 3 shows a simplified overview of such a system.

An upgrade of the wireless backhaul network with metro Ethernet technologies enables service providers to easily deliver high-speed wireless broadband services in a cost-effective fashion and reduce the current and future backhaul expenses as much as 40 percent. Such an infrastructure will support existing 2G, 3G, and next-generation services such as UMB, WiBro, LTE, and others.