Fiber-optic attenuator market to surge by 2012 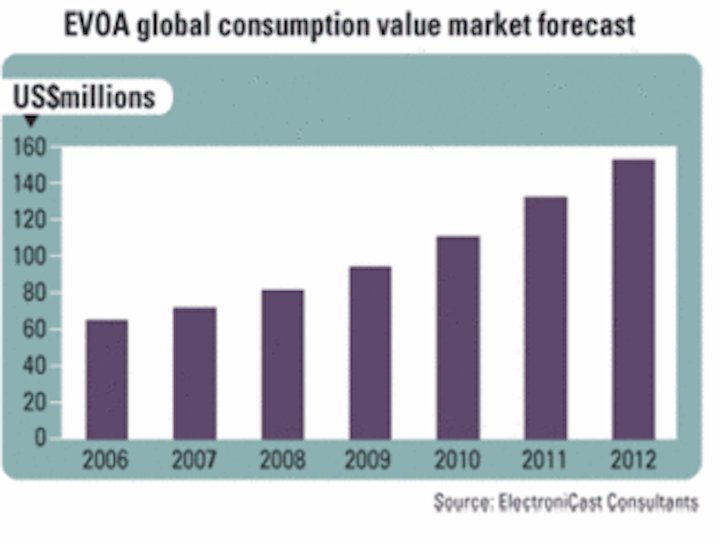 ElectroniCast Consultants (www.electronicastconsul tants.com) has released the second of two studies in 2008, this one detailing the global market consumption and technology trends of fiber-optic component/module type attenuators. ElectroniCast estimates the worldwide consumption value of fiber-optic attenuators will reach $136 million, an increase of nearly 9% over 2007.

This report examines the historic year of 2006 and 2007 and provides a five-year (2008-2012) forecast of the consumption of fixed (inline and panel-mount/bulkhead) and variable (manually controlled and electronically controlled) optical attenuators (VOAs and EVOAs). 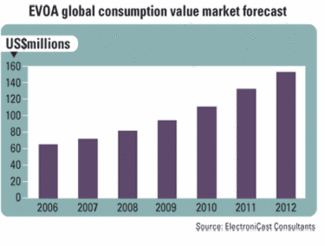 The consumption value of EVOAs is forecasted to reach $153.4 million by 2012.

"Solid-state attenuators are electronically controlled with various technology methods," explains Stephen Montgomery, president of ElectroniCast Asia-Pacific (APAC). "Advantages include the fastest tuning speed and uninterrupted inline adjustment; however, the EVOA disadvantage includes cost and possibly a design that resets to zero attenuation in the event of a power loss to the tuning circuit," he says.