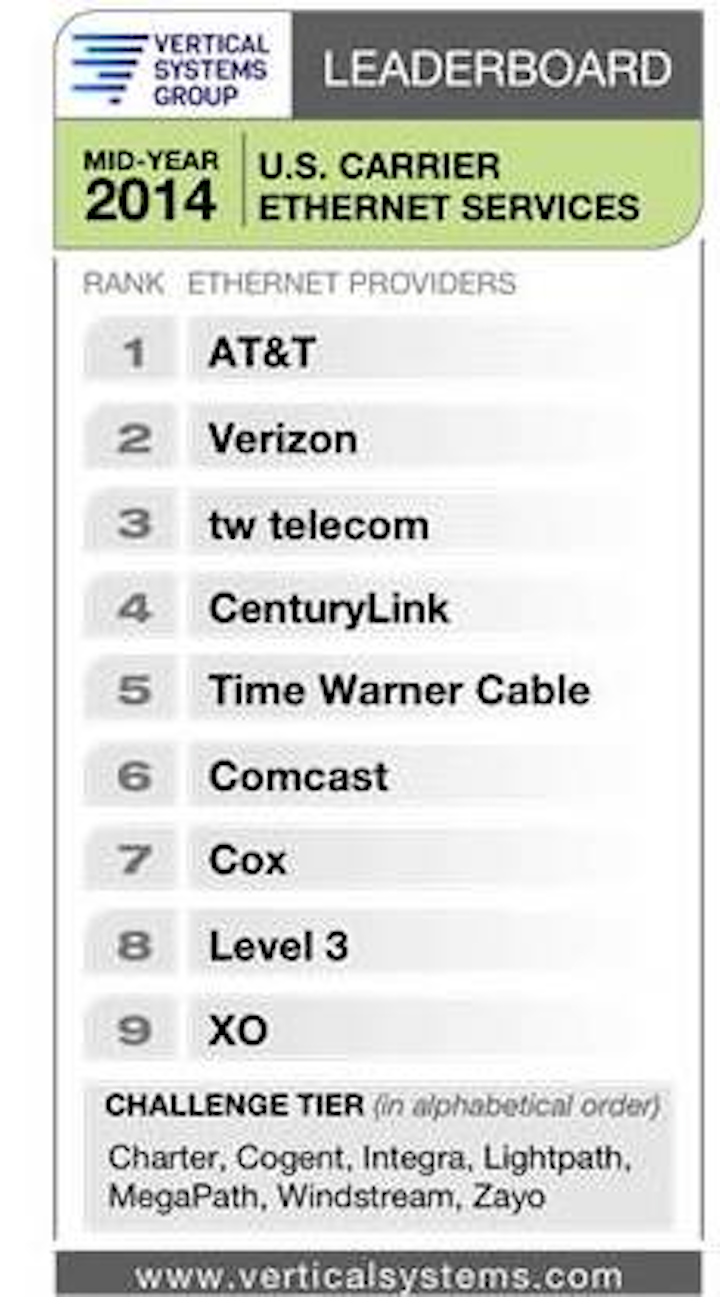 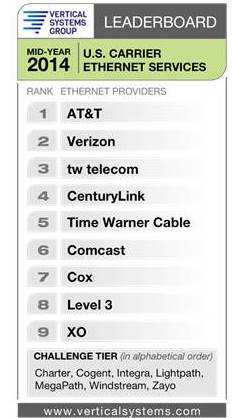 The top five positions remained unchanged since Vertical Systems Group released its year-end 2013 rankings this past February (see chart). But there was plenty of movement among the next four, with Comcast leapfrogging Cox and XO Communications to land in sixth place. XO suffered the greatest dip among the top nine, dropping from seventh at the end of 2013 to ninth in the current standings.

Just below the top nine reside companies in the "Challenge Tier," which comprises providers with between 1% and 4% share of the U.S. retail Ethernet market. Integra and MegaPath entered this tier in the first sixth months of 2014, which Bright House Networks dropped out.

"Now beyond the hockey stick ramp stage, the U.S. Ethernet services market has entered a very healthy growth period. During the first half of 2014, more new Ethernet customer ports were installed than during any previous corresponding period," said Rick Malone, principal at Vertical Systems Group. "Customers shopping for Ethernet services have a broader choice of companies with substantial Ethernet assets, including the 16 providers on the mid-2014 Leaderboard and Challenge Tier rosters."

Vertical Systems Group notes that with such pending mergers as Comcast/Time Warner Cable and Level 3/tw telecom, the top nine could look quite different in the relatively near future.