Will Corning pull the trigger? 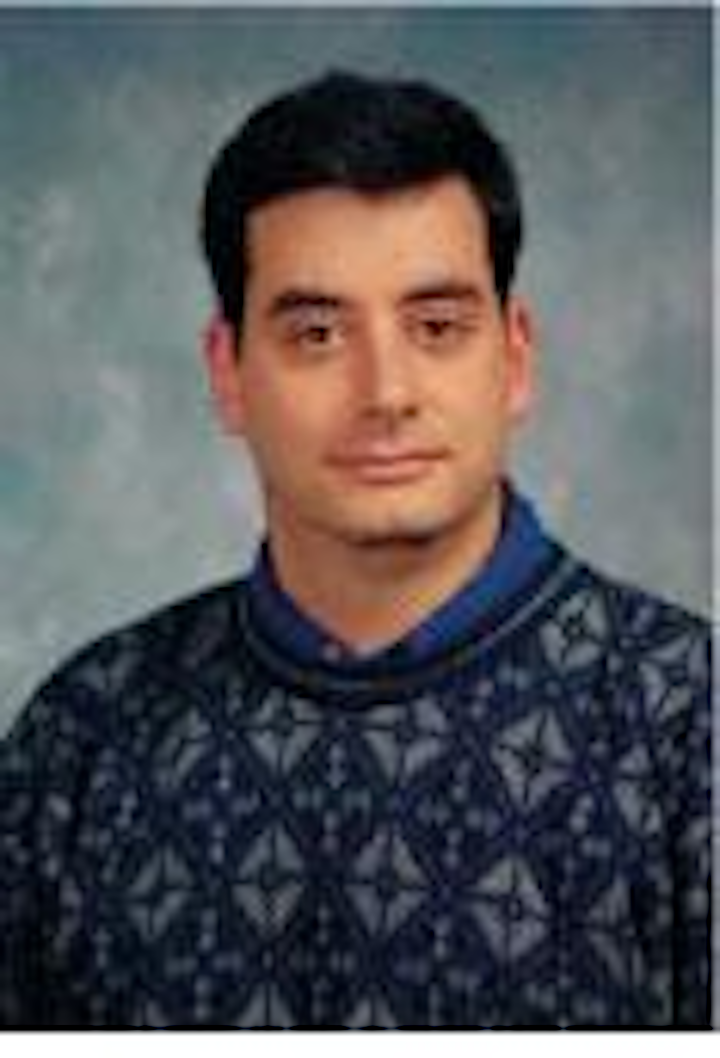 A few weeks ago, SoundView Technology Group submitted its first contribution to Lightwave. We did little to explain why we were invading your world beyond the obvious. That is, we are an investment bank with a clear interest in getting your attention on a subject near and dear to our bottom line. So this time around, we thought a little more of a preamble would be appropriate.

In late 1996, SoundView began public company investment-research coverage of the photonics sector. At the time, it was a bit of a stretch to call photonics an investment sector, but that has changed. In the spring of 1998, we hosted the first investor conference dedicated to the subject, and 250 industry and financial professionals attended a very successful encore gathering this past April. To make a long story short, SoundView has been enthusiastic about the prospects of optical technology as an area of investment. In this and future columns, we will address issues, impressions, and opportunities on the minds of the investment professionals we speak with on a daily basis.

For several months, investors have been wishing that Corning (Corning, NY) could find a way to step up its presence in the optical-component business. SoundView has estimated the company's revenues in this area at about $260 million in 1998, growing to $375 million this year. We too have been interested in components becoming a more material business for Corning, partly because of the high valuation currently being awarded to these types of businesses in today's market. But in the longer term, we also believe this effort will add balance to the company's participation in the telecommunications industry.

Today, the company's prospects in telecommunications are substantially tied to growth in the deployment of fiber-optic networks. For the next few years, this prospect is attractive. But at some point, the aggressive network build cycle we are going through will slow, and it would be nice if the company had a meaningful participation in the growth of components that are used in systems designed to enhance fiber capacity.

Many investors have fretted over the stock market valuation differential between Corning's shares and the more highly prized pure optical-component plays such as Uniphase or SDL. This situation, they conclude, may be keeping the company out of the bidding when sellers consider potential offers for their optical-component businesses. We are not certain this conclusion is accurate, but the truth is that Corning has done little in pure photonics acquisitions since it acquired Optical Corp. of America in 1997.

Recently, however, Corning announced that it had filed a $2-billion shelf registration with the Securities and Exchange Commission (SEC). Shelf registrations enable firms to complete most of the sometimes lengthy SEC registration process in advance of selling shares. The standard process for conducting a follow-on offering typically requires two months to complete, which can create problems if a firm needs funds quickly. Once a shelf filing is approved, however, a firm is free to sell shares at any time after that without delay; all that is needed is to hire underwriters to complete the sale of the stock, which can be completed in a day.

The filing can be kept active indefinitely through the submission of amendments, which permits firms to raise money on an as-needed basis. It is particularly useful when they feel there may be investment opportunities in their future that will require large amounts of cash with little or no advanced warning. Such circumstances can include acquisition opportunities.

When a firm files a large shelf registration, questions are raised in the financial community. Corning's $2-billion filing was no exception. The "Use of Proceeds" section of the filing was fairly innocuous. Management told us that it would be a mistake to conclude that an acquisition was imminent, and we reported that to investors. Instead, we were told that Corning's existing shelf filing ($500 million registered in 1993) had been depleted to just $75 million and that in this day and age, $2 billion was the appropriate figure for the company.

Another factor was the desire to put a lengthy review cycle behind the company given the SEC's more rigorous scrutiny of corporations these days. Most investors are well aware that since last fall, many companies have seen past acquisitions and the charges taken in conjunction with those transactions-reviewed by regulators when they have sought approval for a new transaction. Corning suggested it wanted to put that prospect behind it in order to be in position to move quickly if an attractive acquisition came along. The shelf filing would give the SEC a chance to initiate a full review of the company and the various transactions it had completed over the last couple of years.

This all sounds believable and pretty smart to us. Yet, is something actually under consideration? We believe that what we were told was factually correct but that there is more to the story.

Last January, Nortel began to talk to investors about the potential of outsourcing some of its manufacturing activities. In May, the immediate plans were disclosed. Nothing of interest in the optics area was on the list. But interestingly enough, when we reported Corning's commentary about the motives behind the shelf filing, a story began to fall into place that says there may be a motive beyond what we were told.

Apparently, Nortel is weighing the sale of its optical-component operations, which has about 2000 employees in Paignton, UK, and several hundred in Ottawa, ON, Canada. Nortel is a significant Corning customer. Could its optical-component operations be the apple of Corning's eye? It would give the company a strong presence in the active device market, add management talent, and give it what we would guess would be the leading position in components for 10-Gbit/sec systems, given Nortel's early lead in OC-192. We have received multiple reports that suggest the answer to the question is yes.

We spoke with Nortel and got pretty much what we expected. Essentially, the company said that anything that was apt to occur in the short term had already been announced and there was nothing that has been announced involving the Paignton operations other than the relocation of certain fixed wireless activities. We nonetheless believe an advisor has been retained to evaluate the best option for the optical-component operations. We do not expect any decision will emerge until early next year.

One source has told us that JDS Uniphase also has an interest in those operations. With JDS's Ottawa area operations and given Canadian government sensitivity to maintaining local employment opportunities in attractive end markets, this interest is hardly surprising. We would be surprised, however, if there were too many other viable bidders.

It will be interesting to see how things turn out. The more the optical-component industry becomes a merchant supply-dominated business, the greater the likelihood the business will move to standards-based devices. This move will facilitate automation and ultimately cost reduction that will allow optical systems to become more pervasive in the communications markets. We wonder if Nortel can go that far in its thinking. If so, Corning and JDS Uniphase may have one of the more interesting corporate duels the industry has witnessed. This should eliminate the concerns of those who think Corning is just sitting back and watching the photonics industry from the sidelines.

Robert Mandra is an associate in investment banking with SoundView Technology Group (Stamford, CT). Previously, he was an optical engineer with MIT Lincoln Laboratory for nine years. He can be reached at (203) 462-7361 or rmandra@sndv.com.

Kevin Slocum is a managing director and communications research analyst for SoundView Technology Group (Stamford, CT). He has more than 18 years of financial industry experience, including equity research, sales, and analysis. He can be reached at (203) 462-7219 or kslocum@sndv.com.