Is It Best to Build or Buy DCI in the Cloud Era?

Data center consolidation, software-defined networking, the move to virtualized IT models, and the cloud are all prompting discussions about whether it is best to build or buy data center interconnect (DCI) in the cloud era. A growing number of large organizations are evaluating whether to build their own private DCI to support private cloud. For such organizations, what is the business case to make the strategic investment to build their own DCI networks, and how is the cost justified when compared to managed DCI services? 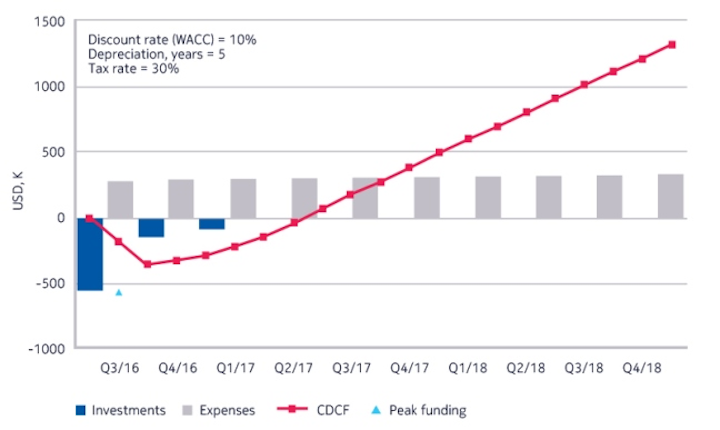 Data center consolidation, software-defined networking, the move to virtualized IT models, and the cloud are all prompting discussions about whether it is best to build or buy data center interconnect (DCI) in the cloud era.

Both CSPs and web-scale ICPs are investing heavily in metro and long-haul transport networks to support DCI. CSPs also offer a range of managed DCI services to all players in the cloud ecosystem, including smaller ICPs, CNPs, and their traditional enterprise customers (see Figure 1).

Meanwhile, many large enterprises and organizations – particularly in finance, healthcare, government and the public sector – have concluded that taking full advantage of new agile, flexible, and dynamic cloud IT models requires a re-evaluation of their current DCI approaches.

In addition, many organizations need improved control over their DCI, particularly for latency-sensitive, business-critical cloud applications. They also have data compliance, integrity, security, and sovereignty concerns to address.

Organizations can build private DCI by leasing or buying dark fiber between their data center locations from a fiber provider and installing and managing their own optical DWDM equipment. This approach provides scalable bandwidth with the best cost/performance ratio and the lowest latency compared to a managed wavelength or Carrier Ethernet service. The advantages and benefits of using dark fiber include:

In many cases, dark fiber can be paid for over a set contract term using monthly recurring charges rather than paying the cost of the full contract term up front. Of course, there are regional variations, and the availability of dark fiber varies from region to region and country to country.

Just how much bandwidth is required for a private DCI build?

In most cases, today's DCI applications require bandwidth of between 1 and 10 Gbps. However, when planning for a private DCI build to support a private/hybrid cloud strategy, it is important to determine how much bandwidth will be needed for future cloud IT needs.

The graph on the left of Figure 2 shows a simple example of a consolidated enterprise data center with 100 servers with 40G NICs. Just 1% of data exiting the data center generates 40G of DCI traffic. Nokia Bell Lab's most recent study of metro traffic, shown in the graph on the right, indicates a 430% increase in metro DCI traffic from 2015 to 2020.1 Clearly traffic will increase significantly due to data center consolidation and the move to cloud, and organizations are going to need more DCI bandwidth than they may realize.

What are the benefits of dark fiber for a private DCI build?

Organizations can achieve a number of benefits by using dark fiber for a private DCI build. These include:

When does it make sense to use private-build DCI?

For bandwidths of 10G and less, the monthly recurring cost of a managed DCI service based on Carrier Ethernet or managed wavelengths may be less than a dark fiber approach. However, for bandwidth in the range of 10G to 40G, private-build DCI becomes cost-effective, as managed DCI services become cost-prohibitive at bandwidths greater than 10G. For bandwidths greater than or equal to 40G, a private DCI build using leased dark fiber can be the most economical choice.

A business case for private DCI

The grey bars in Figure 3 above the zero axis indicate the FMO generates net opex savings from the first quarter, with a breakeven point in the fourth quarter. Reducing opex further – for example by using a network integrator to provide hardware and software maintenance and network support – results in higher cash flows and a reduced payback period.

As the capex assumptions for the FMO include the cost of hardware to accommodate future needs, adding bandwidth to cope with future growth can be achieved easily at marginal incremental cost by lighting additional wavelengths. In the PMO, additional managed Ethernet or wavelength services to increase bandwidth would incur significant additional cost – assuming that the additional capacity can be readily provided.