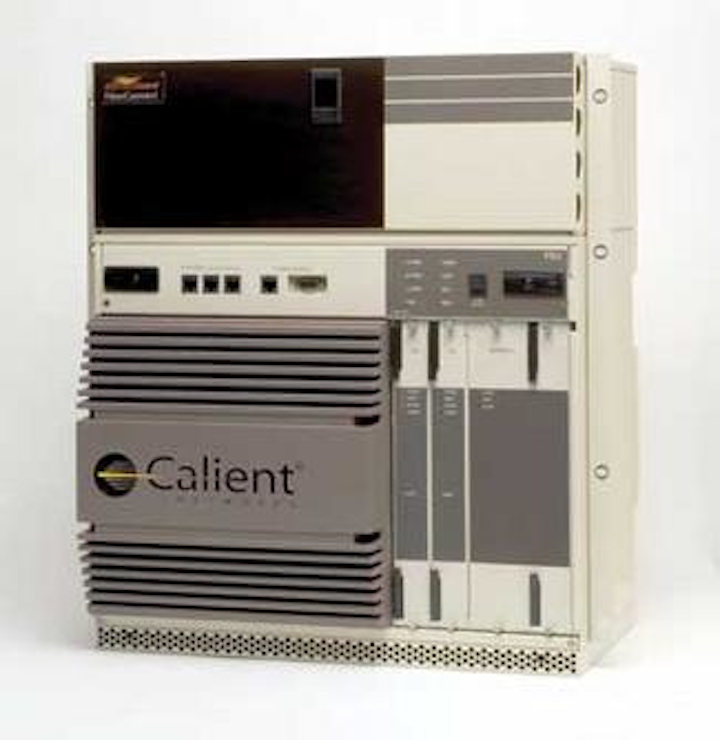 Verizon Business (www.verizonbusiness.com) recently announced details of a field trial it conducted late last year of technology to automate one of the last remaining manual functions in the network: fiber connections. While the trial was a success, Verizon believes it will not deploy the automated fiber-optic crossconnect (AFOX) technology in its network until 2009 — assuming AFOX vendors can achieve the desired price points.

Glenn Wellbrock, director of backbone network design for Verizon, confirms that the carrier placed optical switches in several facilities within a metropolitan area in Florida. The trial demonstrated to Verizon field technicians the capabilities and limitations of the AFOX technology and offered an opportunity for feedback. "We're a year away from a lot of this stuff," Wellbrock admits, "and we wanted to make sure that we didn't miss anything, that we captured all the requirements."

Little did Wellbrock know that Mother Nature would help in that effort. In the midst of the demo, a lightning strike caused an outage, eastbound from where he and several field technicians were trialing the AFOX technology. As Wellbrock recalls, "Everything came to a halt," and two technicians left to restore connectivity. Some of the SONET systems were still working normally, but others had moved off to the protection or backup fibers. In the event of a facility failure, technicians always want to restore the protect channel, says Wellbrock, because "you don't want an equipment failure to come behind and take the only working path away."

The technicians returned four hours later, connectivity restored. "Our lead engineer was there," remembers Wellbrock," and he said, "Let's pretend that we had these switches at both ends. Why don"t you guys run through the exact same steps?"

Their first step was to find a new fiber using an optical time-domain reflectometer (OTDR). They found several good fibers, moved the traffic over to those fibers, and, eight man hours later, returned to the facility. Running through the same restoration steps using the AFOX technology, the technicians discovered they could complete their repair work in 30 minutes — and they didn"t have to leave the facility in the middle of an electrical storm to do it. All repairs were completed remotely.

Meanwhile, AFOX technology can potentially be just as useful for day-to-day maintenance, according to Wellbrock. Say there is a bridge scheduled for construction, and this construction will place installed fiber at risk. The field technicians must move the fiber away from the construction site, either temporarily or permanently.

Regardless of the particulars of the situation, field technicians first must move all the traffic off one fiber cable or buffer tube and onto the protect channel. Then they splice in the new fiber cable, which, again, could be temporary or permanent, and move the traffic from the protect channel onto the new fiber. Once that task is completed, the technicians move to the next buffer cable and repeat the process over and over and over again.

"To do this, you have a guy at each end where the switching points are," Wellbrock explains. "They are the ones moving the traffic off, running the OTDRs, putting visible light on it if it's needed — doing all the mundane work. This isn"t something that is adding a tremendous amount of value, but they have to be there," he notes. "And these two guys are the folks that we are talking about automating with this patch panel."

Moreover, Wellbrock says Verizon is also looking at automated patch panel technology to improve its asset management and record keeping. Lost assets often result from human error; when technicians establish or remove connections, they are supposed to record them in a database, but, as Wellbrock himself admits, "there's no direct connection between those two efforts."

Using AFOX technology, the network itself becomes the database of record, giving technicians an accurate history of a particular fiber or asset.

Three-dimensional microelectromechanical systems (MEMS) from the likes of Calient Networks (www.calient.net) and Glimmerglass (www.glimmerglass.com) represent the most mature technology for AFOX applications, and they enable compact switches that nevertheless support a relatively large number of connections. The technology that best mimics current manual patching is the robotic approach championed by FiberZone (www.fiberzone-networks.com). Though it is a relatively slow switch, it provides low loss. Piezoelectric beam steering, meanwhile, results in small switches that are faster (relative to MEMS) and highly reliable. According to Wellbrock, piezoelectric machines are higher loss than robotic machines but less loss than MEMS machines. Polatis (www.polatis.com) is the key supplier of piezoelectrics.

Wellbrock says there is a chance Verizon could employ a different technology for specific applications. "The whole program isn't necessarily hinged on one technology," he notes. "Certainly, something that is low loss plays in more than something that has higher loss, but that doesn't necessarily rule out the ones that have a little bit higher loss." 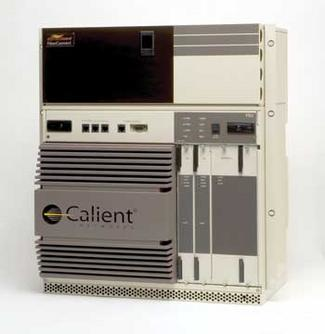 Verizon Business has trialed Calient Networks' optical switch, among others, but has not yet selected a vendor or vendors for the AFOX deployment. Commercial deployment is not expected before 2009.

On outside plant, for example, low loss is critical for connecting fibers as they come into a facility to connect with SONET equipment. Every quarter of a decibel represents a kilometer of fiber you would have to sacrifice, Wellbrock reports. In trunk facilities, where network operators have a 12-dB loss budget, loss doesn't matter as much as scalability and cost.

Wellbrock confirms that Verizon has worked with all of the vendors listed previously over the course of its lab and field trials. (Calient and Polatis gear was used for the recent Florida trial.) He also cites a startup called CrossFiber (www.crossfiber.com), which has publicly announced development of an MÃ�N optical switch priced at $99 per connection or less than $50 per port. While Wellbrock admits that this price is "a good target," he also notes that, at press time in mid-March, CrossFiber had not yet come to market with its switch. CrossFiber's web site indicates that characterization samples would be available to "a handful of select, strategic customers in early March."

For his part, Wellbrock believes the AFOX technology will have to be priced around $100 per connection to be viable in the network. Today, connections are priced around $200. The cost of AFOX is a more difficult to justify than technologies in other parts of the network, says Wellbrock, because, unlike most of the new equipment Verizon deploys, it does not result in a direct capital savings. Its recent purchase of packet optical transport platforms (P-OTPs), for example, adds new functionality but also reduces the overall network cost because it allows Verizon to reduce the overall number of boxes in the network.

"Here, we're talking about something that is higher in cost than a manual patch panel," he muses. "It adds a lot of functionality, but it's still a higher upfront cost. That is why it's really important to manage that cost."

Consider the lightning storm that struck in the middle of the field trial in Florida. "On that particular route," says Wellbrock, "we paid for all the ports we used on that one single outage. And you could say that every time you [experienced an outage], especially one where you had to call people in, in the middle of the night. You would pay for the ports associated with that outage very easily. But — and here"s the big problem &Mdash you'd have to have [an automated switch] at every single location in order to catch those."

And this would require a huge upfront investment that is particularly hard to justify when you consider the fact that some locations may never need to use the automated switching capabilities. If you talk to some of the equipment manufacturers, says Wellbrock, they'll tell you that these switches are worth $1,000 per port. And they are, he says, if you use them frequently.

In the Dallas metro area, for example, Verizon Business has 10 facilities. To take advantage of the AFOX technology, the carrier would need to place switches on every fiber at all 10 locations — even though it might only experience a couple of emergencies per year that would make the $1,000 cost per port worthwhile. "In the meantime," concludes Wellbrock, "we've paid for all of them upfront. We always tell [the equipment manufacturers], "We"d be happy to pay you $1,000 when we use it, but until then, it"s going to have to be more like $100 per port so we can justify having it out there.'