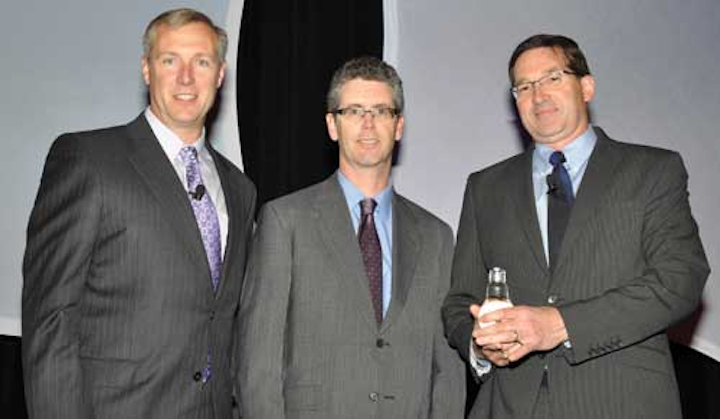 Once Bell Aliant–which operates across six Canadian provinces–decided to deploy fiber to the home (FTTH), it moved from planning to implementation in a matter of months. In the process, it made Fredericton, NB, the first Canadian city to be fully connected via FTTH. Chuck Hartlen provided much of the necessary leadership, for which he was recognized with the 2010 FTTXcellence Award, co-sponsored by Corning Inc. and Lightwave.

Hartlen: We began like most telecommunications companies, looking at ways to improve our products and services to our customers. So obviously we were looking to increase our speeds and provide customers with other enhanced service offerings, like IPTV. And we've been working with fiber to the node for some time.

FTTH was something that we really wanted to investigate. So we decided to do a side-by-side comparison of fiber to the node and fiber to the home. What we found, based on our geography, was that we were just at the threshold of a crossover point where fiber to the home in our marketplace became as cost-effective as fiber to the node. For two reasons, really. First of all, our population densities [were small enough], and second of all, our very high percentage of aerial plant versus buried.

Now with a move like that, obviously, there are many other things that come into the picture, like retooling, IT costs, and all the retraining. But even with those things in the mix, over the planning horizon, it turned out to be quite an interesting side-by-side comparison.

So once everyone was in agreement, how did you proceed to implementation?

We ended up relying on a couple of tried-and-true techniques that we've adopted in our business that take us from an idea or a business plan stage into implementation very quickly. The first is our fast track program implementation framework. The process involved engineering, IT, marketing, network operations, customer service, all the different key team members assembled together. And very, very quickly, we took what would've normally required months and months–to put together an implementation plan–and did it in a fraction of the time.

Another one of the big parts of that execution plan–a critical part, in fact–was what we call the factory model. We find a suitable warehouse in a centralized location, we bring all our project teams in, and they all work together, from engineering to planning to project management to construction to materials warehousing and marshaling, all in one place.

The benefits of the factory model are many. We get all the teams working together so everybody is very, very quickly vectored toward the exact same goal. If there are any issues that we come across–and you'll appreciate, adopting a new technology like this for the organization, you are going to find some things that will cause you challenges in the early stages–these things don't propagate through the system and progress for any great length of time. As a matter fact, they're picked up and corrected immediately.

For example, assume the splicing folks need to provide input to the construction team, and the construction team is finding challenges associated with the design. Typically in a large organization, those folks could be in different cities, they could be in different time zones, they could be working on different agendas. In the factory model, everybody has the same goal, everybody's working in the same time frames, and things get well communicated and there's an amazing feedback loop that will not allow issues to propagate through the system for any length of time.

How did vendor selection play into this?

We didn't have a lot of time to get from the idea stage into implementation because we slowed down our fiber to the node program in favor of fiber to the prem. So we turned to our vendors that we have worked very closely with [on fiber to the node], namely, Corning and Alcatel-Lucent. And, we put some pretty serious challenges out to both those organizations in order to get us started and they responded in a way that, I believe, was another one of the critical success factors of the program.

You began the rollout of your FibreOpTM network and services in 2009. Has your decision proven to be the right one?

Well, we have very significant competition here in Atlantic Canada and all the provinces that we operate in. We believe that with Bell Aliant FibreOpTM, it positions us very, very well against our competitors. As a matter of fact, we believe that it gives us a significant competitive advantage. What we're able to offer our customers is a product that has a great track record for reliability and availability. We can offer virtually unlimited Internet speeds and a huge array of IPTV offerings along with enhanced voice services that we believe our competitors can't match.

What advice would you give other carriers considering FTTH?

And then, once it looks like the numbers might start to look promising for your particular geography, you're really going to need to spend a great deal of time with some vendor partners because it's a significant challenge, a complete retooling for the organization. Then, of course, all new standards need to be developed, new processes need to be developed; there's a significant IT investment in the new product that begins with provisioning systems, service assurance systems, tied into activation systems.

And, I think a "full brain" approach to the challenge needs to be applied, and by that I mean a consolidated, coordinated effort involving marketing, operations, engineering, IT, all those groups working very closely together to really understand what the particular challenges are in your marketplace and to be able to scope out what the opportunities might be.

Chuck Hartlen is senior vice president, customer experience, at Bell Aliant in Canada. He has more than 25 years of experience with the company in a variety of positions.