Verizon has announced where it plans to begin deploying fiber to the premises (FTTP) infrastructure in Boston. The first neighborhoods should begin receiving Fios services via the FTTP network late this year. 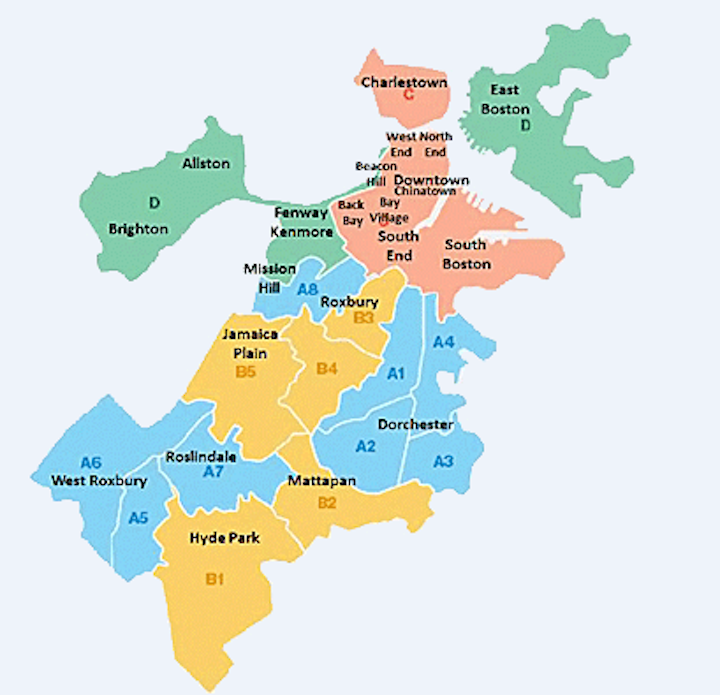 Verizon has announced where it plans to begin deploying fiber to the premises (FTTP) infrastructure in Boston. The first neighborhoods should begin receiving Fios services via the FTTP network late this year.

The service provider and Boston city officials signed an agreement this past April that would see Verizon upgrade the city's broadband infrastructure (see "Verizon to bring FiOS FTTP network to Boston"). Verizon subsequently took a page out of Google Fiber's playbook and split up the city into "fiber zones," within four groups (see the graphic above). It invited residents in those neighborhoods those neighborhoods in Group A to express interest online in receiving service, with an eye toward prioritizing where it would build first.

Based on the input it received, Verizon has announced the following deployment schedule:

Online input is now being collected for Group B, where Verizon expects to begin fiber roll outs in 2018. The service provider did not share plans for the other groups, other than to say that the complete roll out should take 5 or 6 years and approximately $300 million.

The company says it has already begun initial preparations for the deployment, including surveying existing Verizon conduit and utility poles and installing larger transport cables.

Verizon plans to use the fiber-optic broadband infrastructure to provide internet, TV, voice, enhanced wireless, and "Smart Communities" services. Provision of the TV service is contingent on the acquisition of a valid license from the city.