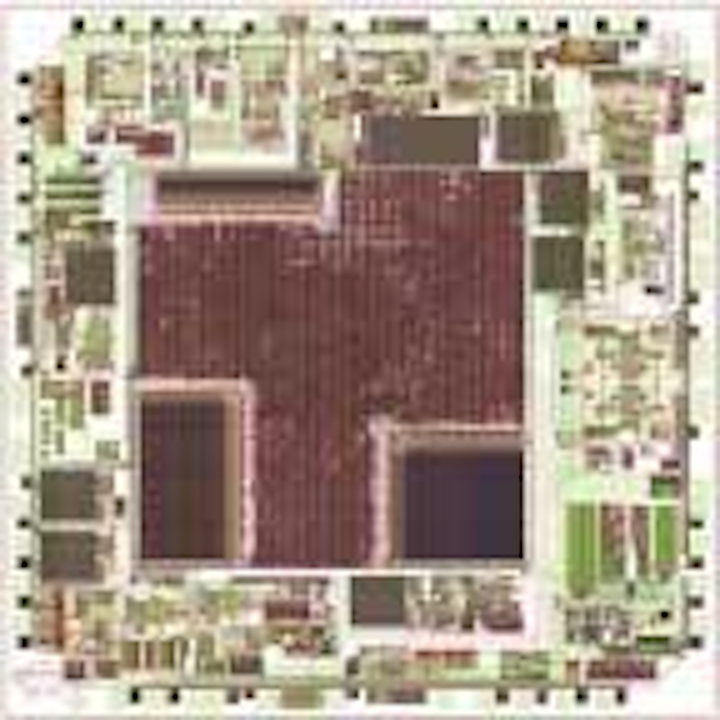 At least a half-dozen XFP transceiver vendors either demonstrated modules with electronic dispersion compensation (EDC) at OFC in February or discussed their plans to do so. Most, if not all, of these demonstrations used technology from Scintera Networks (see "Scintera Networks debuts compensation device," Lightwave, November 2003, page 26). Now another company, Phyworks (Bristol, UK), has unveiled the PHY1060 in hopes of catching Scintera before it runs away with the single-chip EDC market.

EDC devices reside on the receive side of transceivers and transponders and clear dispersion from signals once they've been converted from photons to electrons. The technology has drawn significant attention because it can extend the reach of transceivers and transponders without changing light sources. They also can support the use of cheaper light sources without sacrificing transmission distance.

For XFP vendors looking to extend the reach and lower the cost of their modules, the PHY1060 retimer with EDC should garner their attention.

While these benefits could apply to almost any application, the 10-Gigabit Ethernet community, particularly XFP vendors, have latched onto the technology as a way to provide a serial alternative to 10GBase-LX4 WDM-based devices. The trick for XFP vendors is to add EDC without exceeding the module's power budget or their customers' financial budget. The Phyworks PHY1060, like its Scintera SCN3142 competition, comes in a 5×5-mm package and consumes typically 0.6 W of power.

"What's unique about our device," offers Phyworks CEO Stephen King, "is that it replaces an existing device inside the module: the CDR [clock and data recovery]. We're currently the only one who has taken that architectural approach. It consumes the same power as the device it's replacing: the CDR on the receive side. It's the same size as the existing CDRs that go inside the modules: 5×5 mm. And it's priced at about the same price point as a CDR. So it doesn't add power, cost, or take up more space, yet it gives you the improved performance that EDC would give you."

Phyworks also claims a performance advantage. "Because it is integrated with the CDR, that means it uses the clock that we extract from the incoming data to basically create a synchronous design versus a constant time-type equalizer that other approaches would typically use. And so it reduces the jitter in the system as well," King explains.

The device uses automatic slice level and sample phase adaptation, operates over rates from 9.95 to 11.1 Gbits/sec, and offers 10-mVpp differential input sensitivity. It also provides programmable loss of signal and loss of lock alarms as well as a serial two-wire microcontroller interface for optional control and monitoring.

As of March, the company had delivered initial samples of the device. However, Phyworks returned the design to its foundry for "relatively minor" tweaks, King says. The updated version of the device should be available for a new round of samples in June. King believes that will be well in time to mesh with his potential customers' decision cycles. He called the OFC activity proof-of-concept demonstrations, which will be followed by alpha versions this summer. King expects XFP vendors to have beta versions ready for sampling by the end of this year.

While many startups appear to being chasing a market that has either disappeared or never existed, companies such as Phyworks may be on to something. "Dispersion compensation appears to have a near-term and significant market in terms of volumes as people go to 10-gig in the enterprise," offers Lawrence Gasman, president of analysis and consulting firm CIR (Charlottesville, VA). "And that is genuinely beginning to happen. This will be the first year when 10-gig Ethernet—10-gig anything, I suppose—will ship in the tens of thousands of ports, as opposed to the thousands of ports."

However, Phyworks has work to do, Gasman feels. He also doubts whether the company can leverage its jitter claims. But Gasman does give Phyworks credit for its CDR replacement approach—as long as the company remains unique in such an approach. "There really is an opportunity at 10 Gbits because there are some problems to solve," Gasman concludes. "And if someone can solve them and protect their [intellectual property]...at the chip level, that's a big deal."