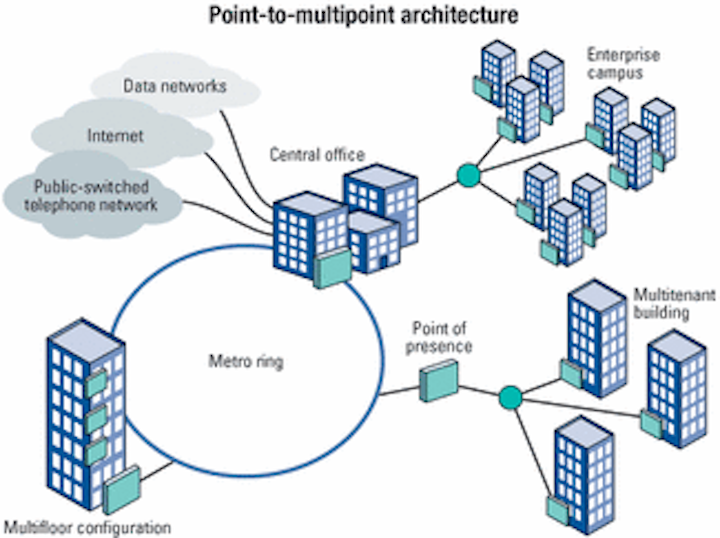 Last in first out, just-in-time, yield management-these phrases are used by those concerned with the study of inventory. Accountants, plant managers, and analysts of all stripes have devoted entire careers to developing complex decision models that enable companies to optimize inventory levels. The underlying theme in these models is the same: minimize inventory. Whether the product is tangible or intangible, idle inventory is anathema.

Automotive companies are among the most celebrated users of inventory controls. In the most efficient plants using just-in-time practices, only enough parts to meet the day's production targets are delivered for the day's shift. This discipline enables the manufacturer to minimize inventory investment and carrying costs. Similarly, lean computer manufacturers like Dell are electronically integrated with their many suppliers, enabling the company to minimize inventories even as they fulfill customer orders in real time.

The motion-picture industry was among the first businesses to recognize their seating capacity was "perishable" inventory. In other words, a seat that remains empty during a showing can't be sold later in a clearance sale. Therefore, theater owners worked to create off-peak demand by offering matinees at lower prices. Likewise, seniors and children became eligible for discounts to stimulate ticket sales. These types of activities, known in economics as price discrimination, led to the concept of yield management. Industries like hotels and airlines, whose finished products are intangible, soon gravitated to the concept of yield management. Elaborate econometric models have been devised to create demand that minimizes the amount of unused capacity. For example, hotels that have a large business clientele during the week, often offer discount weekend "getaway" specials to locals.

Bandwidth is perishable
Service providers are waking up to the fact that they, too, sell a perishable commodity. Bandwidth that is provisioned, but underused, is as undesirable and perishable as an empty hotel room. The phone company built some coarse yield management into its original communications network. Central offices (COs) were physically placed to have a natural mix of daytime business users and evening residential users. In fact, busy hour studies done for the public-switched telephone network (PSTN) led to most of the outstanding work done in probability theory.

Much like PSTN, current point-to-point broadband solutions are built to accommodate peak demand. Large pipes from the CO to individual businesses or homes provide ample capacity, regardless of actual activity. Wouldn't it be more efficient to be able to move bandwidth to where it was needed, when it was needed? In other words, wouldn't it make sense to minimize the inventory of idle bandwidth?

Dynamic bandwidth allocation
A carefully designed point-to-multipoint network can use the principles of yield management to increase bandwidth use. How? Capacity that isn't used in one part of the network can be moved to where it is needed. That is known as dynamic bandwidth allocation (DBA). A point-to-multipoint system is necessary for DBA, but it is only the beginning of the solution. The solution must also have a sophisticated management system that enables a service provider to provision, monitor, and enforce a variety of service-level agreements (SLAs).

DBA allows rapid provisioning and redistribution of bandwidth based on end-user request or by a network operator based on network conditions and traffic load. Let's start with a simple case: A CEO running an enterprise with multiple physical locations wants to hold a group meeting. Let's assume that the CEO wants to conduct a video broadcast and ensure that the message is communicated to all employees at the same time. Bandwidth in the customer's multipoint network can be reallocated to ensure that meeting rooms with video displays have priority during the broadcast. Bandwidth normally devoted to general Internet access could be reallocated. 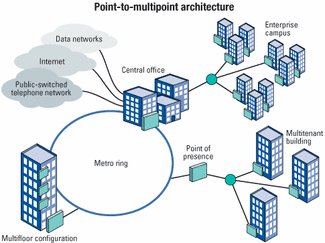 A point-to-multipoint architecture enables dynamic bandwidth allocation by allowing bandwidth to be moved around the network.

This example illustrates a scheduled reallocation of bandwidth. A much more complex form of DBA is needed to manage the random demands of unplanned activities.

A sophisticated management system provides the tools needed for the system to manage fluctuating bandwidth requirements. The system must be automatic, sensing when available bandwidth can be moved to cover a data-burst request. It must also operate on a small time scale-say, every 10 sec. A more advanced form of DBA would enable a service provider to move capacity to points on the multipoint network that are requesting permission to burst beyond their allocated levels.

To take DBA to the next level, service providers would need to incorporate real time automatic (RTA) bandwidth allocation. When RTA bandwidth allocation is combined with a distributed network-processor architecture, the point-to-multipoint system can be programmed to seek bandwidth misallocations on a constant real time basis.

The service-provider side and customer side of the access network are programmed to monitor buffer conditions to determine whether points on the multipoint network are using more or less than their assigned capacity. This process could be arranged to occur at a predetermined time parameter to optimize overall efficiency.

Of course, the concepts outlined here would need to be encompassed within enforceable SLAs. These varied SLAs allow service providers to offer a range of pricing and services to suit each customer's individual needs. Some customers would opt for SLAs that regulate their ability to operate at their allocated rate. Think of utility customers who agree to be subjected to service outages in exchange for lower average rates. Other customers would pay a premium for the ability to exceed agreed bandwidth levels for planned activities. Still others would pay for the privilege of spontaneously exceeding agreed bandwidth levels.

End-user control
Ultimately, the vision is for service providers to operate a system that enables the end user to play a role in proactively managing the use of aggregate bandwidth. End users would have a range of services and pricing that would provide incentives for maximizing the absorption of collective network bandwidth. The end user could be a large enterprise or an individual consumer.

For the enterprise, the ability to control bandwidth would dramatically impact the way business could be conducted. Software updates could be managed to avoid traffic congestion. Regularly occurring activities, like daily accounting data transfers, could be scheduled to minimize the impact on the rest of the network.

Retailers of video on demand could process orders by transmitting the video files as traffic conditions on the network warrant. Consumers of interactive gaming could be offered pricing that provides incentives to play during certain hours, much like cell-phone service providers offer pricing to minimize calls during business hours.

When service providers and their customers view the network infrastructure in terms of inventory management, there will be a flood of innovative services and pricing models that minimize unused bandwidth. The solution providers of choice are already thinking in these terms, and they're building yield management capabilities into their architectures and management systems.

Herbert J. Martin is president and CEO of Salira Optical Network Systems Inc. (Santa Clara, CA). He can be reached via the company's Website, www.salira.com.