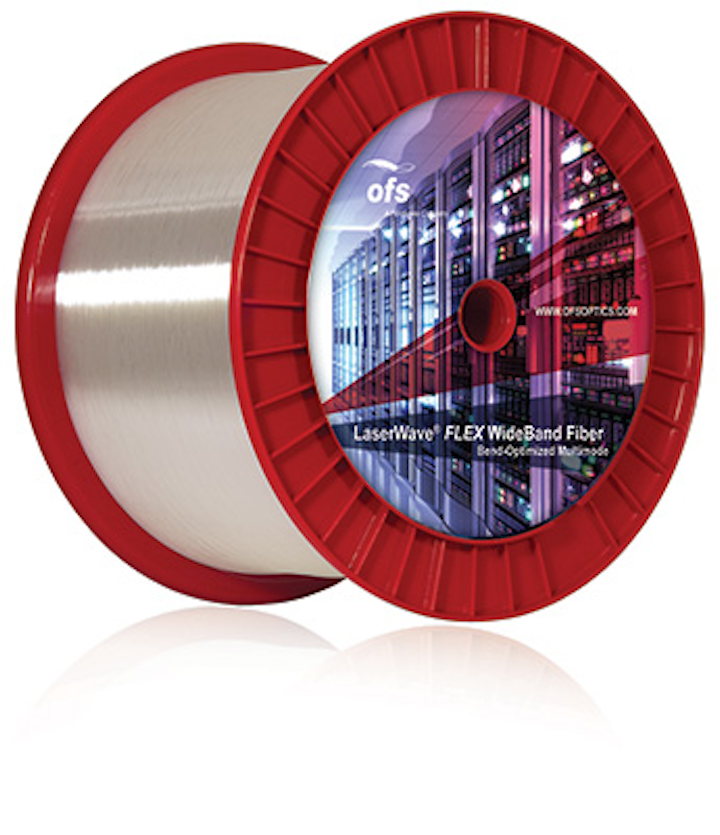 The TIA is currently working on a standard for the new class of fiber, which will support transmission of four wavelengths for CWDM applications (see "Multi-wavelength multimode fiber subject of TIA standards query"). Such a fiber would make multimode 400 Gigabit Ethernet links more fiber efficient; as currently envisioned in the 400 Gigabit Ethernet specification process, a multimode link would require 32 fibers, 16 each for transmit and receive.

Nearer term, such fiber also could be used to support 4x25-Gbps transmission for 100 Gigabit Ethernet. Transceivers and fiber for such short wavelength division multiplexing (SWDM) use were demonstrated at OFC this past March (see "OFC 2015 Reporter's Notebook: Day 2").

OFS says its LaserWave FLEX Wideband multimode fiber will support both SWDM as well as standard OM4 applications. For SWDM, it will support optical transmission over a range of wavelengths from 850 nm to 950 nm at up to 300 m or more.

"We have been working to offer data center end-users a solution for 400-Gbps transmission, and SWDM provides the possibility of duplex 100-Gbps links while allowing a graceful 400G solution using only eight fibers," explained Andrew Oliviero, senior director, product line management/research and development for OFS. "WDM technology is well known for its use in single-mode transmission, but has only recently been adapted for use with vertical cavity surface-emitting lasers (VCSELs), used in short-wave multimode applications. The use of SWDM in these applications enables multimode fiber to maintain the cost advantage of multimode fiber systems over single-mode fiber in short links and greatly increases the total link capacity."

For more information on fiber-optic cable and suppliers, visit the Lightwave Buyer's Guide.