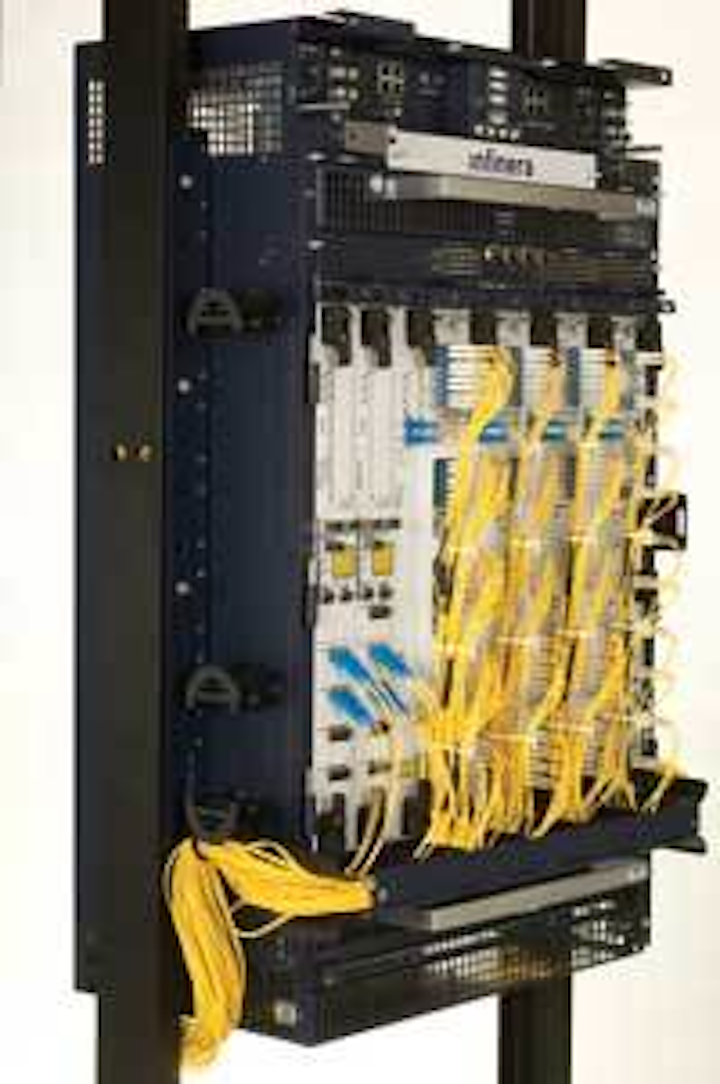 Research and education (R&E) networks today are taking advantage of the nearly limitless capacity of fiber to support such ultrahigh-bandwidth applications as grid computing, high-energy physics, and radio astronomy. R&E networks generally deploy commercially available equipment, so it isn’t the equipment that makes these networks unique; it’s how they use that equipment. And Internet2’s new network, dubbed simply The Internet2 Network, is a prime example. 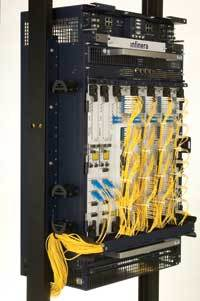 Internet2 will employ Infinera's Digital Transport Network (DTN) architecture for Layer 1 transport, at an initial capacity of 100 Gbits/sec-10× greater than its existing infrastructure.

Internet2 is a consortium comprising more than 200 U.S. universities, research institutions, government agencies, and businesses that collaborate on interdisciplinary research via high-speed optical networking. The consortium is in the final stages of building a next-generation network, expected to be operational in mid-2007, that links member institutions to each other and to regional and international research networks.

As optical networking technology continues to evolve, so has the mindset of the scientists who use these networks, notes Steve Cotter, Internet2’s director of network services. “Scientists are beginning to view the network as a schedulable resource,” he explains. “In our community, researchers only get, say, 5 days on a telescope or 5 hours on a supercomputer, and they may not get that time again for another 2 or 3 months.”

As a result, the members of the Internet2 consortium knew their existing 10-Gbit/sec IP network, Abilene, would not sufficiently support both dynamic and static wavelength services. However, any new network also would have to handle very large traffic flows. CERN’s Large Hadron Collider, for example, will generate terabytes of data when it comes online in the middle of this year, and all that data must be shared among students and researchers worldwide who may only have access to the equipment for a few hours at a time.

Internet2 decided to build a hybrid optical and IP network that would support both short-term and long-term connections. The 13,000-mi network will run over a dedicated fiber pair provided by Level3, in what Cotter believes is a unique agreement within the networking industry. “We went to the carriers, and we said that we wanted a dedicated system,” he recalls. “We also said that we wanted the carrier to manage it for us, end-to-end, but we wanted total control over the provisioning of the equipment. Most of the carriers laughed at us,” he admits, “because they had a hard time with the idea of providing a network and yet giving over the control of that network to someone else.” 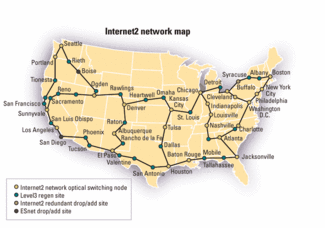 The new 13,000-mi Internet2 Network, slated for completion by mid-2007, will connect regional optical networks (RONs) across the country, providing support for all of the more than 200 member institutions.

But Level3 understood the unique needs of the Internet2 community and agreed to manage the Internet2 backbone while allowing the consortium to have full visibility into alarms and the ability to provision the system from its network operations center (NOC). Cotter calls this arrangement “a customer-empowered network,” and he wonders if perhaps this trend will eventually make its way into commercial networks. He has heard that some of Level3’s large enterprise customers are asking for similar control over their wavelengths.

The network will employ Infinera’s Digital Transport Network (DTN) architecture for Layer 1 transport. The DTN system, which is based on large-scale photonic integrated circuits (PICs), supports multiple lanes of 10 Gbits/sec each; in the case of Internet2, the new network initially will provide 100 Gbits/sec of capacity, 10× greater than its existing infrastructure.

The network will include 60 sites around the country where traffic can be added and dropped, says Cotter. “If a university says they would like us to drop traffic in a new city and we have an Infinera DTN box there, it’s just a matter of sliding in the cards to drop the traffic,” he explains. “There’s a lot of flexibility with the Infinera equipment because their [digital] OEO [conversion technology] doesn’t require the kind of redesign that you would have with traditional optical networks when you insert an OADM where it wasn’t originally planned.”

The use of DWDM technology also allows the Internet2 Network to support both production IP services as well as experimental projects. DWDM technology creates a logical separation among traffic; if a member institution breaks the network connection while testing a new protocol, for example, that break will not affect the other users.

Furthermore, 25 sites around the network will feature Ciena’s multiservice optical switch, the CoreDirector, which will provide bandwidth-on-demand via automated lightpath provisioning capabilities and also act as a grooming switch to transmit multiple Ethernet and SONET/SDH subwavelength traffic. “At these 25 sites, all the wavelengths off the Infinera backbone network are going to drop into the Ciena CoreDirector,” reports Cotter. “Say our members come into [the Ciena CoreDirector] with a 10-gig Ethernet interface. We use GFP [Generic Framing Procedure] to map it into SONET. Then using VCAT [virtual concatenation] and LCAS [link capacity adjustment scheme], we provide them with next-generation SONET capabilities.”

Cotter cites the Houston node as an example. Texas’s regional Lonestar Education and Research Network (LEARN) will connect to the Internet2 Network backbone via a Ciena CoreDirector, which can split the network’s 10-Gbit/sec interface in three directions. “They can send one flow to the San Diego Supercomputing Center and get time on the supercomputer there,” he says. “And because we’re mapping these into STS-1s, we can get 50-Mbit granularity. So they can send 2 Gbits to the San Diego computing center. They can send 100 Mbits to Chicago to participate in a videoconference. And they can send 3.5 gigs to our international exchange point in New York City to exchange data with the Large Hadron Collider in CERN, Switzerland, for the high-energy physicists-all through the same interface,” says Cotter.

In the commercial environment, carriers typically will not sell less than a 1-year IRU to an end user looking for, say, a 10-Gbit/sec connection between Philadelphia and New York City. It doesn’t matter how much or how little that connection is used; the cost of the connection is fixed. The Internet2 Network, by contrast, allows end users to pay for only the services they actually consume. “With our network,” says Cotter, “end users build a circuit for when they need it. When they’re done, it gets torn down, and that resource is then available for others in the community to use.”

James Archuleta, senior manager of Ciena Government Solutions Inc., believes that dynamic provisioning of lightpaths will continue to be a key trend in the R&E space for the next 2 years. “And the next trend,” he says, “is how do you make those concepts apply toward interoperability between networks? If, for example, Internet2 could connect to other network consortiums in Europe dynamically, with lightpaths, that opens the door to even more collaboration.” 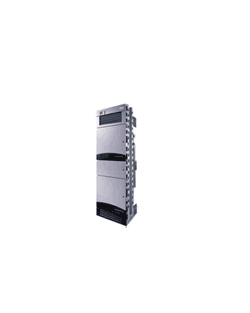 The Internet2 Network will feature 25 sites equipped with Ciena's CoreDirector, which will provide bandwidth-on-demand via automated lightpath provisioning and act as a grooming switch to transmit multiple Ethernet and SONET/SDH sub-wavelength traffic flows.

Like other R&E networks, the prevailing spirit among Internet2’s more than 200 member institutions is one of collaboration, and that spirit extends not just to the end users but to the equipment vendors as well. Infinera and Ciena, for example, are working with Internet2 members to develop 40-Gbit/sec and 100-Gigabit Ethernet transmission capabilities; a GMPLS-based optical user-to-network interface; and advanced virtual private network (VPN) services based on Layer 1 VPNs. These next-generation networking capabilities will enable researchers to collaborate more efficiently and effectively on both a national and international level.