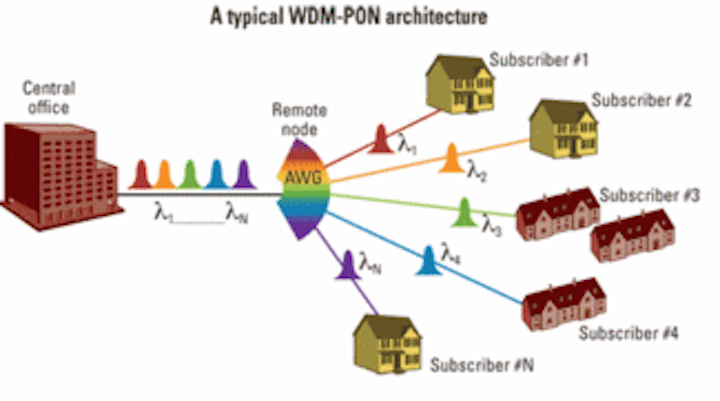 Fiber to the home (FTTH) is now receiving increased attention, as telecommunication carriers begin to upgrade services from traditional voice and/or broadband to full triple play. Market estimates show that in the very near future, the average bandwidth required by the subscribers will be up to 1 Gbit/sec. The shared PON architectures (B/E/GPON) currently used in access networks have issues in delivering this level of bandwidth. They also offer very limited upstream bandwidth. Thus, there is a consensus that next-generation PON systems will use WDM in WDM-PON architectures that offer large symmetric bandwidth (Fig. 1).

Because they are passive and have excellent optical performance, athermal arrayed waveguide gratings (AWGs) are the perfect candidates to perform the WDM function in such systems. Furthermore, they are based on the same planar lightwave circuit (PLC) platforms as the power splitters used in current access networks, so their pricing should become similar in volume.

The requirements for the AWG for WDM-PON are different than for normal metro applications. In WDM-PON architectures, the AWG at a remote node is located in the field. It can be anywhere in the world and deployed differentlyâ��in a telephone switch box on a sidewalk or in a manhole, for example. The remote node is prone to an uncontrolled environment and therefore may be subject to extreme temperature variations and flooding.

The main challenge is the temperature. Temperature affects some of the optical performance parameters that matter most to system vendors, i.e., the insertion loss (IL), the polarization-dependent loss (PDL), and the channel isolation (Xtalk). For each of the AWGâ��s channels, these parameters are specified over a given wavelength passband (PB), centered on the fixed standardized ITU grid. For 100-GHz channel spacing devices, the PB is typically Â±100 pm. 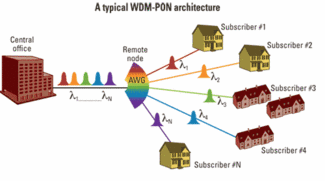 Figure 1. a) In a typical LVPECL-to-LVPECL interface, the chip doesn’t consume power at the input. b) In an LVPECL-to-internal interface (here, Micrel’s AnyIn), the termination resistors are internal; the power they consume must be accounted for.

Thus, the AWG thermal insensitivity techniques consist of passively stabilizing the AWGâ��s output spectrum when the temperature varies over a very large range, ideally as large as 120Â°C around room temperature (RT), typically from â��40Â°C to +80Â°C.

Two main techniques are used by component vendors to passively accomplish the thermal compensation of the AWG wavelength shift. One technique works with the thermo-optical properties of the materials, and the other works on their thermo-mechanical properties.

When the compensation is done mechanically, the technique consists of fixing the AWG input at one end of an arm made out of metal or alloy, for example. The arm is attached to the PLC in such way that its thermal expansion causes a displacement of the AWG input along the input edge of the PLC. When the temperature changes, the arm elongates or contracts, moving the AWG input at a rate proportional to both the armâ��s length and the armâ��s coefficient of thermal expansion (CTE). 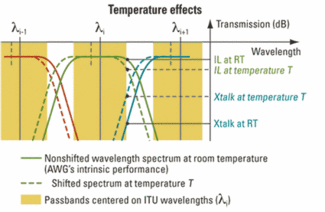 Figure 2. Temperature-induced wavelength shift can affect insertion loss (IL) and the channel isolation (Xtalk). The effect is similar for the PDL. The smaller the IL and the larger the Xtalk are, the better the performance

Compensation occurs because moving the AWG input along the input plane has an effect similar to the one of the temperature; it causes a proportional shift of the transmitted wavelength spectrum. The compensation is then achieved by carefully calculating the length of the arm such that, as the temperature varies, the AWG input is moved to the position that causes a wavelength shift opposite to one caused by the AWGâ��s thermal sensitivity.

Optical compensation has the advantage of not involving mechanical movement, seen as a reliability issue due to the potential wearing out of the parts in motion. On the other hand, the special optical materials used in todayâ��s products are sensitive to the environment and may be subject to aging. To protect them the device housing has to be hermetically sealed, which increases the component price.

Mechanical compensation systems obviously involve mechanical movement, but they do not require fully hermetic packaging. However, since the device is to be used in an uncontrolled environment, it still has to be reasonably well sealedâ��like a waterproof watch, enough to withstand total immersion in muddy water for a few days during the monsoon season in Asia, for example.

In terms of material selection and design, because they are used in many industries and for a long period of time, thermal modeling data of metals and alloys are numerous. This data helps to create reliable design performance estimates. This is not the case for data on materials used in optical compensation techniques; their availability is not as great.

Compared to optical compensation, one benefit of the mechanical approach is that mechanical techniques exist that allow the division of the operational temperature range in multiple smaller sub-ranges. The techniques involve the addition of extra compensating arms, each one only compensating for the AWGâ��s wavelength shift over a given temperature sub-range. The sub-ranges being smaller, there is a better fit between the linear expansion of the arm and the quadratic shift of the AWG. The residual wavelength error, which measures the difference between the two effects, is reduced, and the thermal compensation is better (Fig. 3). A practical example of such a multi-arm compensation system, where the operational temperature range is divided in two sub-ranges, is presented in the next section.

Optical techniques do not offer this flexibility. The optical compensative materials have to perform adequately over the full specified temperature range of operation. Because the light travels along a same path in the AWG, whatever the temperature, even if it is possible to add different optical materials their influence will always be felt across the full extent of the temperature range.

Even though the deployment of WDM-PON systems is still at an early stage, several component vendors already propose athermal AWG products based on single and multi-mechanical compensation schemes. Some are already used in field trials.

In single compensation systems, the residual wavelength error is a quadratic function of the temperature. The thermal expansion of common materials being mainly linear, a single arm compensates only for the first order of the quadratic dependency of the AWGâ��s thermal wavelength shift. Although it depends on both the technology and on the specific AWG design, the typical residual wavelength error of such single compensation systems is about Â±20 pm across a temperature range of 120Â°C (Fig. 3). Then, depending on the actual operational temperature range and the PB specifications of each product, this is translated, in different ways, into the optical performance parameters of the device (loss, PDL, and Xtalk).

Interestingly enough, the wavelength compensation for current optical systems seems to be similar to one of the single mechanical arm techniques.

To improve the compensation, and the overall product performance, more arms can be added. However, adding arms also adds complexity to the design. The challenge is to develop multicompensation systems that are still easy to implement, do not have a big impact on the component size, and are still reliable. The added complexity has to be balanced with the gain in performance. As of today, it seems that a good balance is around two or three arms. Across the same 120Â°C temperature range, the residual wavelength error of a bilinear compensation system is typically Â±7.5 pm, i.e., about 3Ã� better than single compensation. For a trilinear system it is about Â±5 pm, i.e., 4Ã� better.

Figure 3. Wavelength shift versus temperature of the AWG (in red) and of different type of compensators (left); residual wavelength error after compensation (right).

One technique to achieve bilinear compensation is to insert a compensating arm within another one. Starting from a single compensating arm exhibiting a given CTE, a second one with a higher CTE is inserted through a hole made in the main arm (Fig. 4). Because of its higher CTE, the inner arm retracts in its hole when the temperature falls and has no effect; the displacement of the AWGâ��s input is only proportional to the length of the main compensating arm. On the other hand, when the temperature rises, the inner arm expands more than the hole in which it is fitted. It then acts like a piston, pushing on the main arm. At the end, the elongation of the main arm supporting the AWGâ��s input is larger than if the inner arm was absent.

The resulting elongation is in fact a combination of both the armsâ�� thermal expansions and mechanical elasticity properties. Computer simulations are helpful tools in the design of these complex systems. The advantage of this approach is that it has almost no impact on the product size or on its reliability compared to the initial single compensation system; it just requires a few extra assembly steps.

Figure 4. This figure shows the operation of the bilinear compensation technique, which consists of inserting an arm within another one, and Finite Element Analysis (FEA) modeling of the single and bi-compensators.

If the demand for higher access bandwidth keeps increasing, fully nonlinear systems that perfectly compensate for the AWG thermal shift might be needed in the future. Different mechanical approaches that may lead to perfect compensation are pursued. One of them would be to devise a practical and easy-to-implement way to mechanically transform the linear thermal expansion of an arm into a nonlinear movement. One can also think of playing with the materialsâ�� thermomechanical properties, by designing a special alloy or composite material with a CTE that varies adequately with the temperature.