Verizon was a pioneer in 100-Gbps coherent transmission technology deployment, having inaugurated its first 100-Gbps link between Frankfurt and Paris in 2009. 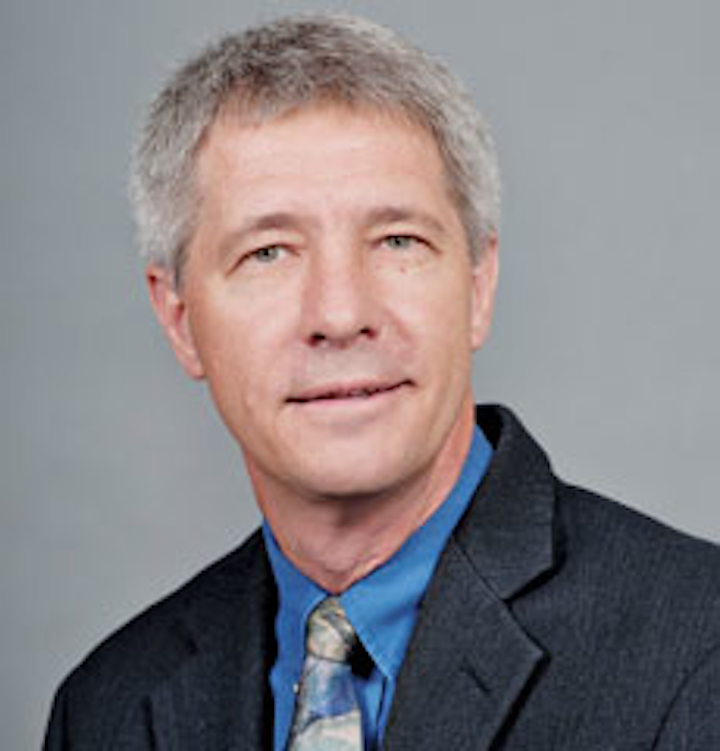 Verizon was a pioneer in 100-Gbps coherent transmission technology deployment, having inaugurated its first 100-Gbps link between Frankfurt and Paris in 2009. Glenn Wellbrock has been closely involved with Verizon's 100-Gbps strategy, and with several years of coherent technology experience under his belt, he's now looking forward to the next generation of 100G. Lightwave spoke to Wellbrock in August about Verizon's 100G metro experiences and future plans as well as its recent trials of 200-Gbps technology.

Lightwave: What have been your initial experiences with metro deployments of 100G? Are the requirements for metro significantly different than for long-haul, outside of the shorter reaches?

Glenn Wellbrock: Yes, we have started 100G deployments in the metro. The biggest requirement is cost, the difference anyway. We are using the same technology, the coherent transmitter and receiver that we're using in long-haul. Now in long-haul it's already cost-effective. And we'll continue to improve that cost -- but it was cost-effective almost Day 1. In metro, of course, that's not quite the case, simply because you can use pluggable SFPs, XFPs, things of that nature [at 10 Gbps now] in order to get to the reach you want.

So we're using it in metro, but it's more as needed, and not necessarily as the default for all interoffice communications like we would use 10-gig today. We are looking forward to lower power and space and cost 100-gig pluggables such that they would be able to become that default solution going forward, even in a metro environment, where reach is perhaps not as stringent. Although the number of ROADM hops is higher than it is in long-haul. So there are different requirements, but still we plan to leverage the same transmitter and receiver technology.

How have you handled brownfield metro deployments?

There is cross-phase modulation that you have to take care for with neighboring 10-gig on/off keying channels. So far we haven't seen any limitations. When we were looking at this in long-haul, we were talking about several channels of guard band, empty channels that would be required. But it was primarily because of that long propagation distance. In a metro environment -- now granted we haven't done any 500-km or 600-km metro deployments just yet -- the ones we have done we've found have been in the core of the network, so it's usually relatively short distances, because you're talking about the biggest locations in your metro environment. And those are usually not that far apart.

So, so far we haven't had any guard band issues, we haven't had any turn-up issues. We haven't had a lot of engineering effort that had to go into it; pretty much the next channel was 100-gig and slot it in, test it, and so far it's worked pretty well for us. Again, we don't have a ton of experience yet. But early indications would show to us that's not going to be problem.

Verizon recently completed a trial of 200-Gbps technology. What did that entail?

The 200-gig field trial used 16-QAM instead of QPSK, so double the spectral efficiency. Now obviously you pay a performance penalty for that, a reach penalty. That's not necessarily anything new -- that's the way it works.

We looked at it and when would it apply. The goal was to validate it on an existing system; we did New York to Boston. That kind of distance seems reasonable. It's never going to be the multi-thousand-kilometer reaches that we're seeing with current generation QPSK or the submarine stuff you see with BPSK. But if the demand set or the community of interest is close enough, such as New York to Boston -- those types of routes are quite heavily used -- here you can double the spectral efficiency at about the same cost points, because it's effectively the same hardware. Not that there isn't a little bit of a premium to pay on the client side, but still, it is a very cost-effective way to improve the overall transport capacity and cost points for those distances that it can reach. And that's what we were trying to validate, an early prototype real world test to see just how the penalties look. And so far it lines up where we expected it to be.

So will we see more 200-Gbps validation tests or are you satisfied? Might we see Verizon deploy 200-Gbps technology?

We have reached the conclusion that it is a viable technique, again for relatively short distances in a long-haul environment. I'm sure we'll test it in a metro environment as well, although there I would expect it to perform even better, because the distance requirements are much shorter. But all in all I do believe it's a very viable technique, it worked well, and I'm certain you'll see us making announcements in the future.