As is the case just about everywhere else in carriers' infrastructures, metro networks are in the midst of a major transformation. Metro networks need more capacity, of course, but emerging demands also have created requirements for increased flexibility and lower latency. 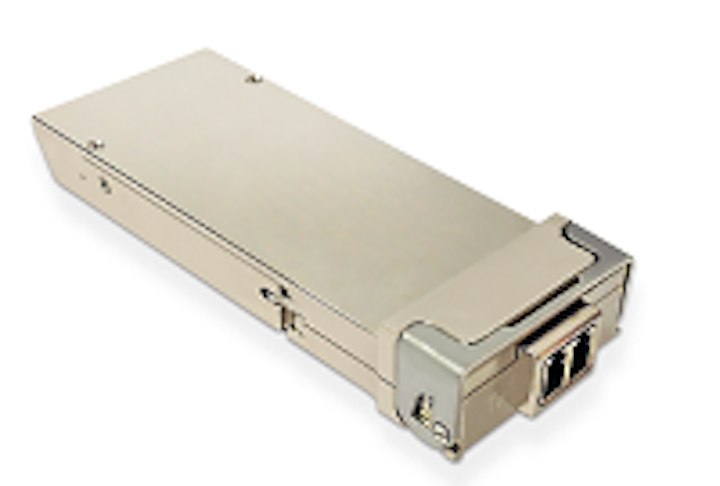 As is the case just about everywhere else in carriers' infrastructures, metro networks are in the midst of a major transformation. Metro networks need more capacity, of course, but emerging demands also have created requirements for increased flexibility and lower latency.

The metro should become the epicenter of coherent 100-Gbps technology deployment this year as long-haul deployments reach the end of their initial cycle. Metro applications in the range between 600 and 100 km represented about 30% of all 100G unit shipments in 2016, estimates Cignal AI. However, the market research firm believes that percentage should increase in 2017, thanks to the advent of lower-cost hardware and transceivers. The fact that many of the new 100G interfaces will leverage optical transceivers capable of supporting both 100G and 200G will enable the latter transmission rate to see significant use in metro infrastructures, the market research firm believes. The exception will be China, where 100G is expected to continue to be preferred.

Most of the 100G/200G transceivers will leverage the CFP2 Analog Coherent Optics (CFP2-ACO) form factor. Unlike previous 100G modules such as the CFP and those based on the OIF MSA, the CFP2-ACO devices don't integrate the coherent DSP silicon within their package. The DSP is mounted on the line card, which means the optical transceivers cost less and consume less power than they would otherwise. The fact that transceiver vendors don't have to worry about picking a DSP supplier and accommodating the device within their modules has increased the number of suppliers offering CFP2-ACOs versus the CFP and OIF MSA modules, which also promises lower prices due to increased competition.

Despite the advantages of the CFP2-ACO, some believe that there's still value in having the DSP silicon inside the module. Acacia Communications has led development on a Digital Coherent Optics version of the coherent CFP2 (CFP2-DCO), and announced that it had begun sampling such a transceiver last November. The transceiver appears close to reaching the field; MRV announced early in June 2017 new metro platform line cards designed to use the CFP2-DCO.

Metro edge applications of less than 100 km also should see an uptick in 100-Gbps deployments, Cignal AI believes. Here the transmission format choice won't prove as clear cut, with coherent 100G competing against direct-detect 100G interfaces based on PAM4. Despite the fact that PAM4-based 100G optical modules are just beginning to reach the market, Cignal AI believes that such transmission approaches will dominate initial deployments.

Most of these direct-detect deployments will target data center interconnect (DCI) applications, at least on the shorter-reach end; DCI needs can extend well into metro/regional and even long-haul distances. The market has seen a wave of purpose-built platforms for DCI, most of which feature sizes of 3RUs or fewer (frequently 1RU) and power consumption numbers in keeping with other data center platforms.

Data center operators themselves have gotten into the act, with the Facebook-inspired Telecom Infra Project's Voyager white-box packet switch and transponder the most salient example. Most vendors have responded to the desire for open systems under software-defined networking (SDN) control by adding such parameters to their DCI offerings. This data center inspired approach, which can include disaggregated platform architectures, has found its way into new systems for more generalized metro applications as well.

The market research community appears uncertain about the impact of such specialized systems within the overall DCI space. For example, Cignal AI sees sales of such specialized platforms growing at a 65% annual pace through 2021, making them a major driver of 100G coherent deployments. However, while she sees specialized platforms also growing strongly in popularity over the next five years, Heidi Adams at IHS Markit wrote early this year that she expects more traditional WDM systems to dominate the DCI space through 2021.

Fronthaul and backhaul for upcoming 5G wireless offers another force that has begun to redefine metro requirements. The advent of small cell architectures within centralized or cloud-based radio access networks (in both cases, C-RAN) promises significant deployments of optical fiber, which means more optical transport requirements. The current reliance on Common Public Radio Interface (CPRI) transmission in 4G LTE networks, with its concurrent strict latency requirements, has dictated the use of straightforward CWDM and DWDM approaches to C-RANs. However, traditional CPRI won't meet the capacity requirements expected for 5G wireless fronthaul and backhaul. The door thus opens for alternative approaches, and while the CPRI community is working on a next-generation version of the protocol (called enhanced CPRI, or eCPRI), many vendors and observers expect a new version of Ethernet, called time-sensitive Ethernet, to find widespread use. This version of Ethernet offers deterministic transmission of Ethernet packets, which eases latency restrictions and opens the door for network architectures other than WDM, such as PON.

Several vendors have offered initial visions for how edge metro systems could handle cloud-based 5G requirements (such as here, here, and here). Such platforms will have to meet the timing requirements of mobile networks as well as the capacity and latency needs, all agree.

Taken together, the need for additional capacity in the metro for both existing and emerging requirements remains clear. We also have begun to see data center inspired systems architectures for a wide variety of metro needs, as well as systems designed to meet expected 5G fronthaul and backhaul requirements. It's clear that the metro is in a transitionary phase that will require innovation and ingenuity from both network operators and their systems suppliers alike.