If you’re in charge of your organization’s IT network, you may have considered whether switching from a commercial internet services provider (ISP) to a dark fiber network could improve performance and lower costs. Or maybe you’ve heard of dark fiber networks but aren’t clear on the value they might add or whether they’re a viable alternative for your situation. Here, I’ll offer an overview of what dark fiber networks are and how they work, along with eight optimal use cases for these networks. 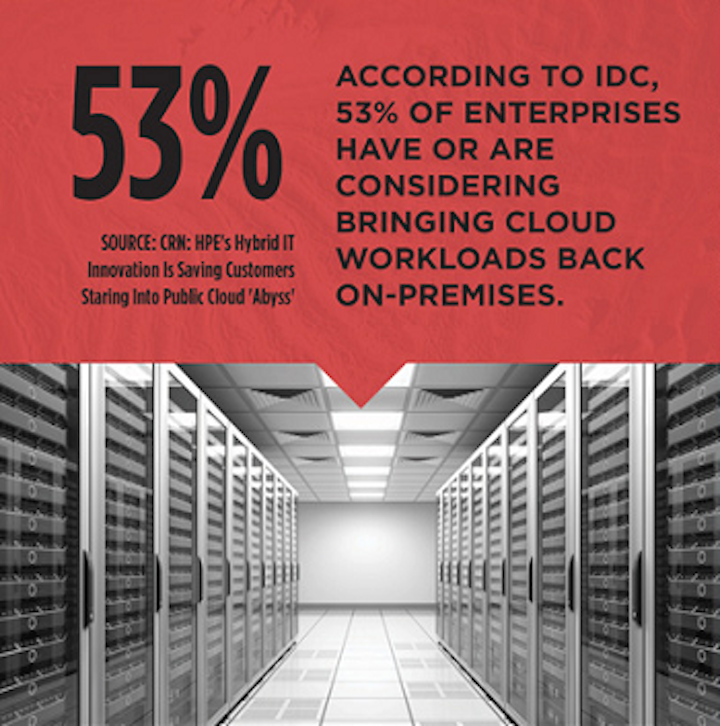 If you’re in charge of your organization’s IT network, you may have considered whether switching from a commercial internet services provider (ISP) to a dark fiber network could improve performance and lower costs. Or maybe you’ve heard of dark fiber networks but aren’t clear on the value they might add or whether they’re a viable alternative for your situation.

Here, I’ll offer an overview of what dark fiber networks are and how they work, along with eight optimal use cases for these networks.

What are dark fiber networks?

The term “dark fiber” refers to unused or under-utilized fiber infrastructure (including fibers, cabling, and repeaters) that was laid as part of a hedge against exponential growth in data use. It’s expensive to lay cable (especially under oceans), so when people do it, they lay more than they need. The result is that today, in addition to all the fibers currently sending data via light (“lit fibers”), there are many unused fibers within the same networks (“dark fibers”).

Today, it’s possible to buy or lease these dark fibers (or wavelengths on a partially used fiber) and use them in lieu of commercial internet services.

Dark fibers can be extremely efficient, thanks to DWDM, which involves transmitting multiple data streams on different light wavelengths and sending the multiple wavelengths through a single fiber. DWDM makes dark fibers flexible. Organizations with lower bandwidth requirements may be able to meet their needs by leasing a single wavelength; those with greater needs might lease the entire fiber and cram it full of wavelengths.

Dark fibers can work for both point-to-point and ring networks, though if you have a very complex network, using an ISP may be more efficient (more on that later). And if your network is on the larger side, you may need multiple fibers.

This is by no means an exhaustive list of scenarios where dark fiber networks can be useful, but I’ve found that it’s often easier to communicate the benefits of these networks by offering examples. So here are eight common scenarios where a network might benefit from dark fiber.

1. Your bandwidth needs have increased significantly (beyond 1 Gbps) and are likely to continue to do so.

At the point when your bandwidth needs exceed 1 Gbps, dark fiber costs become competitive with traditional ISPs. That’s because ISPs charge by data usage; as your data needs increase, so will the price you pay. So if your needs currently exceed 1 Gbps – and especially if you anticipate continued growth – it’s worth considering dark fiber as a cost-management tool.

One major advantage, from a cost standpoint, is that dark fibers offer a fixed and known cost for a relatively long time, with virtually unlimited growth capacity. This happens because dark fibers are typically leased for a 10- to 20-year period, with fixed fees in that time. Further, contracts typically include indefeasible rights of use (IRU) provisions, which guarantee the lessee (you) the right to use the fiber for the duration of the contract.

The biggest downside of these contracts is that they usually require a significant upfront cash outlay. It’s possible to avoid the upfront cost with shorter leases, but these are less common and offer less assurance of your right to continue using the fiber. If you go with the shorter-term lease, be sure the contract guarantees your right to renew at the end of the term (usually five years).

2. You have plans to significantly grow or scale your business and want to future-proof your network.

If you’re planning growth and want to ensure that your network remains fast as you expand, it’s worth exploring dark fiber. In this scenario, you’re essentially anticipating the kind of growth I describe above – i.e., you’re planning to need more than 1 Gbps of capacity in the near future.

Examples of this would be a university introducing a distance learning component or a healthcare organization adding telemedicine offerings. Depending on the specifics of your scenario, you may be able to meet your bandwidth needs by leasing a single wavelength rather than a whole fiber.

3. You want to expand an existing network or build a new one between geographically separated buildings.

A wonderful example of this in action is the Greater Austin Area Telecommunications Network (GAATN), a fiber-optic ring network of seven cooperating organizations that enables the provision of data, voice, and video services throughout the entire Austin metro region. Today, more than 500 individual sites are connected to the network, and the infrastructure saves the participating groups a combined $25 million per year.

In addition to its ability to reduce costs, a dark fiber network like this can add fault tolerance and redundancy to the system via backup paths (either dedicated fibers or dedicated wavelengths). 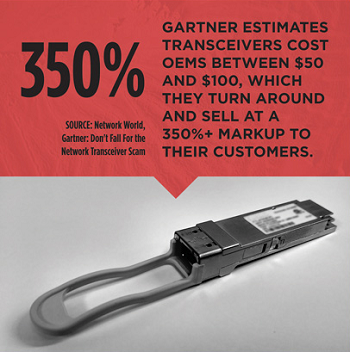 4. Your budget allows for purchasing termination equipment at both ends of the network.

This is an important consideration: In addition to the cost of leasing or buying the fiber itself, you’ll need to buy routers and optical transceivers that enable DWDM. If you have a multi-point or ring network, your budget has to accommodate termination equipment for every point. This is one reason why ISPs are sometimes more cost-effective for complex networks.

One important consideration as you look at costs: OEMs are notorious for overcharging for optical transceivers, marking them up by as much as 350%, according to a Gartner study. It’s possible to bring down the cost of a dark fiber network by opting for brand-equivalent transceivers (i.e., non-OEM), which offer equal performance at a significantly lower cost.

5. You want a network that is private, customized, or has extremely low latency.

Dark fiber networks offer all three. A trading network, for example, might require extremely low latency, as would an online gaming hub. A business hoping to connect remote employees to its network might want both privacy and customization. Counties with geographically dispersed agencies likely would want all these elements.

6. You want a highly secure network. 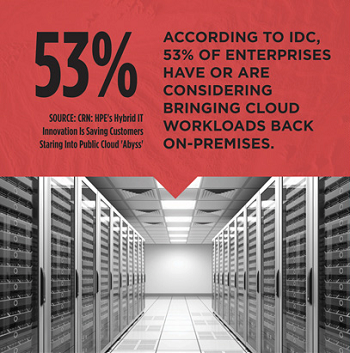 Fifty-three percent of enterprises have brought or are thinking about bringing cloud workloads back on-premises to enhance security and performance. Dark fiber networks are an excellent option for companies looking to improve their data security because they’re physically private; you handle the hardware in house and you lease or own a dedicated fiber or wavelength.

This factor enables high security, which enables organizations to meet regulatory security requirements. It can also ensure that data remains under the control of a single agency – again, which can sometimes be a regulatory requirement.

7. You’re in an area where fiber-optic cables are already laid.

This usually means an area with high population density. As I mentioned above, it’s expensive to lay cables, so doing so yourself is usually cost-prohibitive. If you’re looking to build your own network as a way of reducing costs, the expense of laying the cable may cancel out any savings you’d enjoy, at least in the short term.

8. You’re in a place where the population hasn’t justified laying cables.

The opposite of the above scenario is that you’re based in a sparsely populated area where traditional carriers have determined it doesn’t make sense to lay cables. In other words, there are so few people around, the carrier’s investment in laying cables wouldn’t be easily recovered.

In this case, it may make sense to install your own; a carrier isn’t likely to install cable for a single customer. One potential upside to this situation would be that you could conceivably lease or sell your own dark fibers after the cabling is laid, assuming you can work out the logistics. That would offer a path for recouping some of the upfront installation costs.

Going to the dark side

Dark fiber networks aren’t the right solution for every scenario. But if your network has increasing bandwidth needs; requires high security, high privacy, or low latency; or needs to be customized, dark fiber should be on your radar as a smart, affordable, and effective ISP alternative.