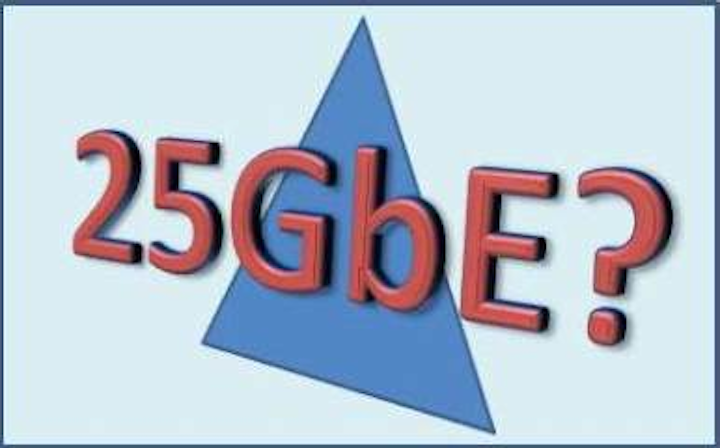 So, as expected, 25G Ethernet proponents have taken matters into their own hands.

"The companies joining the 25 Gigabit Ethernet Consortium are taking a major step forward in increasing the performance of data center networks," said Anshul Sadana, senior vice president, customer engineering at Arista Networks. "With ever-increasing server performance and with the uplinks from the leaf to the spine layer migrating to 100 Gbps in the near future, it makes sense to increase the access speed from 10 Gbps to 25 and 50 Gbps."

“The new Ethernet speeds proposed by the consortium give superior flexibility in matching future workloads with network equipment and cabling, with the option to ‘scale-as-you-go,’” added Yousef Khalidi, a distinguished engineer at Microsoft. “In essence, the specification published by the 25 Gigabit Ethernet Consortium maximizes the radix and bandwidth flexibility of the data center network while leveraging many of the same fundamental technologies and behaviors already defined by the IEEE 802.3 standard.”

Consortium members predict that technology based on the new specifications could reach the market in the next 12 to 18 months.

Information on the specification is available at the consortium’s website.