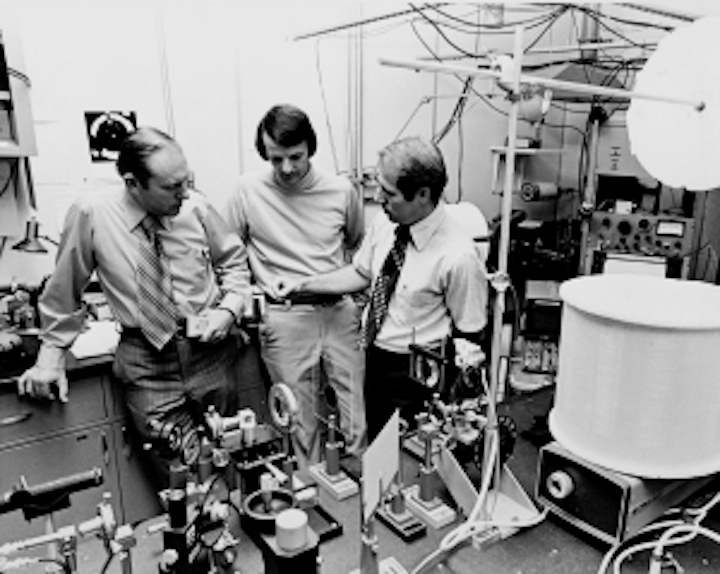 The debut of the industry's first 10-Gbps free-space optics (FSO) systems in 2008 marked a watershed moment for the technology, making it the highest-speed commercially available wireless technology. Wireless speeds of 10 Gbps can only be achieved optically, and 10 Gbps is where FSO truly advances beyond the capabilities of RF-based wireless technologies.

This advance to 10 Gbps is shining a light on a long-lived wireless technology that has played a crucial niche role in enterprises that need high-performance data communications on a campus or between buildings but have sections of their networks where they cannot install fiber--either for cost or logistical reasons.

The speed of the enterprise LAN backbone has been the main driver for FSO speeds. In 1995, 10-Mbps FSO was developed to match 10-Mbps Ethernet switches. As the backbone speeds of enterprise switches increased to 100 Mbps and 1 Gbps, 100-Mbps and 1-Gbps FSO systems were developed to meet the demand for wireless connections between these switches.

Now that 10-Gbps backbone Ethernet switches are becoming readily available, there will be a need for 10-Gbps connections between these switches in an enterprise campus. Most think that fiber is the only option for 10-Gbps building-to-building connections and are surprised to hear about a wireless option. Most of the deployments are in campus or high-rise networks, but increasingly carriers are now dropping off 10-Gbps fiber metro Ethernet lines to customers involved with bandwidth-intensive applications like redundant data centers, medical imaging, or HDTV editing. In some cases, these last-mile 10-Gbps connections can also be provided by the new 10-Gbps FSO systems.

One illustration of how bandwidth growth has led to the deployment of a 10-Gbps FSO system is a television broadcast company that several years ago installed many standard-definition (SD) video cameras on a centralized remote building to monitor traffic and weather in real time. But once the newscast was converted to high definition (HD), the lower resolution of the SD cameras became conspicuous.

The company wanted to upgrade the network of cameras to HD but could not transport these live HD feeds because there was no fiber to the remote building, and bandwidth for raw HDTV was beyond what was available wirelessly at the time. They were able to transmit one HD camera using a 1-Gbps FSO system. 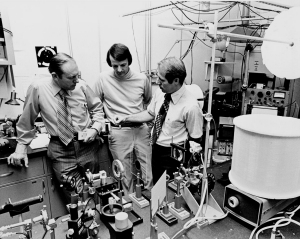 This was not a standard application of 1-Gbps FSO, since a raw HDTV feed is 1.5 Gbps. A 1-Gbps FSO system actually operates at 1.25 Gbps, but modifications to the receiver circuit expanded the bandwidth of the receiver to include 1.5 Gbps with the proper weather and distance margins. On a side note, HDTV transmission over fiber has the common challenge of pathological signal patterns (long strings of zeros or ones that don't signal a light transition) that have limited the transport of uncompressed HD to specialized copper cabling. The use of DV SFPs with a special encoding algorithm based on the EG-34 SDI data-transport industry standard resulted in a more robust HDTV transmission over fiber-optic cables and FSO.

The success of the single HDTV weather cam led the broadcaster to want to upgrade five other similar cameras to HD on that rooftop, which would drive the bandwidth needs up to 9 Gbps. The broadcaster can only now do this because of the availability of 10-Gbps FSO technology. Other organizations that have expressed interest in this bandwidth include movie studios for editing of raw HDTV, hospitals for large digital imaging file transfers, and telecommunications service providers who are increasingly installing 10-Gbps links to office parks and high-rise buildings.

To make 10-Gbps FSO systems practical took both an evolution in component costs--to make it cost-effective--and some significant optical design work to accommodate the higher-bandwidth data flows over long enough distances to make the system practical. Currently, a full 10-Gbps data rate can be transmitted up to 300 m in good weather. This compares to a 1,500-m distance for Gigabit Ethernet FSO and up to 5,000 m for 100-Mbps data systems. FSO at 10 Gbps will most likely follow the technology advancement curves of 1-Gbps FSO before it, which also started out with a transmission distance of several hundred meters.

The cost of 10-Gbps FSO systems is tied in part to the adoption of 10-Gbps fiber Ethernet technology and the corresponding decrease in the cost curve of components for these systems. Industry analyst group Heavy Reading reports that more than 2 million 10-Gbps Ethernet ports were shipped in 2008, with high growth rates expected through 2011. One of the drivers of this growth is cost reductions for components such as SFP+ and XFP optics--the same modules used in 10-Gbps FSO systems.

As declining costs made a 10-Gbps FSO system practical, engineers needed to re-evaluate both the transmitter and receiver technologies to accommodate the increase in bandwidth.

To increase the transmit power, the transmission wavelength was changed from 850 nm to 1,550 nm. This enabled systems to transmit 100√ó more power while still maintaining eye safety. The use of 1,550 nm also allowed system designers to boost the transmit signal strength using a C-band EDFA, which added 9 dB to the optical link budget.

On the receiver side, the big challenge was to focus free-space light on a much smaller detector. In lower-bandwidth systems, silicon-based detectors could be used, but their limited bandgap precision makes silicon not useful beyond 900 nm. When compared to silicon detectors, indium gallium arsenide (InGaAs) has a better electron velocity and it also has a more precise bandgap suitable for optical transmission at 1,550 nm.

But as the sensitivity of the InGaAs detectors grows, their size decreases, creating the need for much more precise focus to the laser. For example, at 1 Gbps the detector size is 50 ¬µm in diameter; at 10 Gbps that same detector is 9 ¬µm in diameter.

In past PAL FSO systems, the electrical package was decoupled from the optics and could be moved indoors into the networking room. This enabled a passive optical head on the rooftop, saving money on installs because no power was needed on the roof. For the 10-Gbps FSO system, the electrical package returned to the rooftop to shorten the coupled fiber, which also improved the link budget.

Modifications to both the laser driver circuit and the preamplifier receiver circuit had to be made to make the jump to 10 Gbps. Fortunately, these modifications were not difficult because the engineers were involved in the previous development of 10-Gbps fiber-optic systems.

The use of 10-Gbps XFP optical interfaces helped provide flexibility in output while also simplifying development and reducing costs.

The future of 10G FSO

Economies of scale for 10-Gbps FSO should improve the performance and decrease the cost, just like with the first 1-Gbps FSO systems. Possible future improvements will include an increase in the receiver aperture, going to an active receive system, increasing transmit power, adding amplifiers on the receiver side, and implementing forward error correction (FEC). By no coincidence, all of these have been used to improve the performance of next-generation 10-Gbps fiber-optic systems as well. WDM is another optical technology enhancement that has been demonstrated with FSO in the past and could be used with the 10-Gbps FSO system in the future.

Work is underway by several fiber-optic vendors to push the technology to 40 and 100 Gbps. Since FSO is optically based, history has shown that FSO development will soon follow what is developed in the newer fiber-optic systems. This ensures that FSO systems will have the performance needed not only for today's networks but for next-generation networks as well.

Isaac Kim is the director of optical transport at MRV Communications Inc. (www.mrv.com). His primary specialization is with wireless FSO technology and fiber-optic transmission.