By BRYCE SAMSON and UPENDRA MANYAM, Nufern--During the last year, the adoption of small form factor fibers by specialty fiber manufacturers has been widespread. 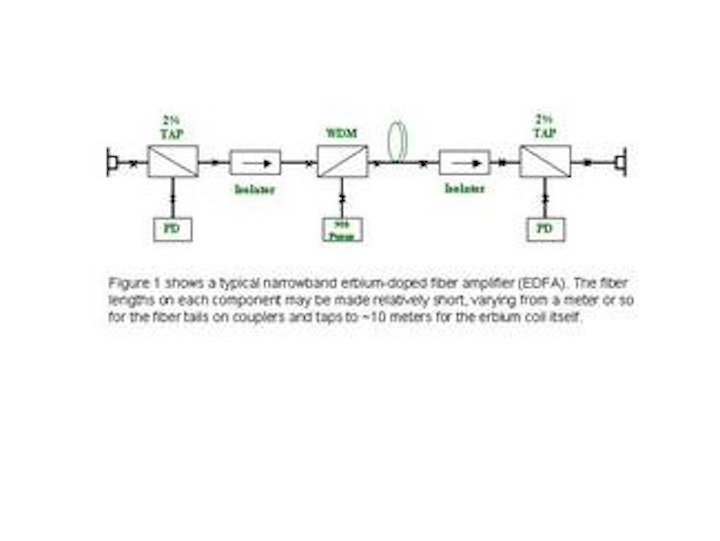 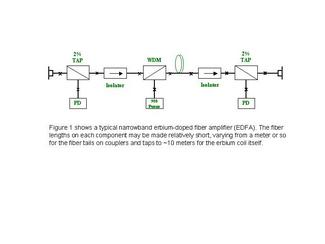 During the last year, the adoption of small form factor fibers by specialty fiber manufacturers has been widespread.

The adoption of small form factor (SFF) components in the optoelectronics industry, specifically for telecom and datacom applications, is well underway, having been initiated in the connector domain and now widely adopted by transceiver manufacturers. As a result, as much as 50% space savings is typically achieved with SFF transceivers when compared with the alternative industry standard designs.

Most recently, the SFF platform has moved into the fiber arena--last year seeing the launch of at least one product specifically aimed at the SFF market by the full spectrum of specialty fiber manufacturers. In many cases, a whole suite of SFF fiber products is now available, essentially a SFF mirror of the 'standard' product family extending from erbium-doped fibers through coupler fibers to high numerical aperture (NA) and polarization-maintaining fibers used in a variety of component applications requiring fiber tails.

The drive towards miniaturization of components is two-fold--primarily to save space and reduce costs for the current portfolio of products and, secondly, to open up new applications in markets as yet untouched by fiber-optic technologies. For example, fiber-to-the-desk remains a large and relatively untapped opportunity for fiber, primarily because the extra cost of employing optical fiber in this application has inevitably slowed its widespread deployment.

The appearance of SFF connectors onto the market a few years ago has moved towards providing a solution. Half the size of the standard SC connector, the SFF component is roughly the same size as an 8-pin jack used in copper applications. Thus, cabling densities for fiber may now rival those of copper, enabling new fiber connections to fit the existing equipment architecture/infrastructure that, in turn, has driven down the installation costs of the new systems and raised the adoption rate of the new all-fiber architecture.

Not surprisingly, the trend in fiber-optic product development is shifting more towards progressively larger numbers of fibers in an increasingly smaller space, creating a demand for higher density and lower cost SFF solutions. This is in stark contrast to the driving forces of previous years, where the emphasis on improved component performance at all costs was more of the industry norm.

Obviously, these same arguments are now relevant to the optical fiber itself, where the advantages of adopting a reduced cladding thickness fiber (80-micron vs. 125-micron) are attractive for applications in small form factor components. Decreasing the cladding diameter of optical fibers permits component manufacturers to reduce the geometric form-factor of fiber-based components in two ways.

This reduction occurs first by lowering the volume occupied by the same length of fiber (volume reduction being proportional to the square of the fiber diameter) and, secondly, by improving the reliability of the bent fiber through a reduction of fiber surface area per meter to allow for smaller coiling dimensions. Both these factors work advantageously towards smaller component packaging.

Indeed, the advantage of SFF is well known in fiber-optic gyroscope (FOGs) applications, where 80-micron outside-diameter (OD) fiber is the universal standard. In this case, the space savings from winding perhaps 500 meters or even 5 km, depending on the particular application, is clearly substantial.

Also important is the increased number of windings per layer that is achieved with smaller OD fibers, not just in FOG applications but also piezoelectric and magneto-strictive windings. These are frequently used as low-cost phase modulators in sensor systems based on all-fiber scanning interferometers.

Figure 1 shows a typical narrowband erbium-doped fiber amplifier (EDFA). The fiber lengths on each component may be made relatively short, varying from a meter or so for the fiber tails on couplers and taps to ~10 meters for the erbium coil itself.

Obviously, these are short compared with the gyroscope coils described above. Hence, the main advantage in using SFF fibers in EDFA modules is not so much the reduction in total volume, but rather the tighter bending radius of the 80-micron OD fibers as compared with the industry standard 125 micron.

Figure 2 shows the calculated minimum long-term bend radius for a range of fiber diameters with the ~40% reduction in bend radius achievable in 80-micron fibers clearly highlighted. The actual coil diameter used in any application will depend on other variables. As an example, the effect of fiber strength is also indicated in Figure 2.

However, of more importance is the role of bend-induced loss on the coil diameter, which limits the coil diameter in most practical situations--in particular, the L-band region of the spectrum. The full description of bend-induced loss--the wavelength dependence and fiber OD--is still under investigation, but many SFF fibers may be optimized for reduced bend sensitivity.

This is readily achieved by increasing the fiber NA slightly, particularly for lower NA fibers such as Corning SMF28. Optimization of the fiber cut-off wavelength is also a variable that may be optimized to reduce bend sensitivity, depending on the particular application. Although these fibers are no longer the exact 80-micron mirror image of their standard counterparts, they may be readily used in the same application. Fusion-splicing routines are easily optimized for 80-80-micron and 80-125-micron fibers covering the whole spectrum of fiber combinations. As the SFF platform becomes more widely used, many of the more common fiber-to-fiber combinations will be supplied with the splicer.

Further reductions in the overall amplifier package are achieved by reducing the package size for the other components in the module. In particular, the adoption of coolerless pump modules in a SFF package has reduced the total amplifier volume by as much 30-40%, coining the term "amplet" to describe this functional sub-element.

This same argument has been the driving force behind technologies such as erbium-doped planar waveguide amplifiers (EDWA), semi-conductor optical amplifiers (SOAs), and numerous other waveguide technologies, reducing the space occupied by next generation components. Low cost volume manufacturing is also an important factor in many of these technologies.

More and more, the model of a stand-alone EDFA is only applicable to a small range of system applications, and a more complex functionality for the amplifier is more frequently required. Examples of this increased functionality include dynamic gain control for add/drop multiplexing, VOA incorporation, transient control, disable/eye safe mode, and tunable gain flattening filters.

Inevitably, this increased complexity requires more space unless the existing components shrink in volume. In addition, the EDFA is seen more and more as a functional sub-element (FSE), particularly in the metro and switching architectures of the next generation optical networks.

In this architecture, the amplet may be used to overcome losses in add-drop or dispersion compensating applications for a sub-band of wavelengths, using a parallel architecture. Such architectures are attractive, enabling an incremental growth along pay-as-you-grow lines and, clearly, the volume saving of 30-40% per amplet is magnified in such architectures. The real estate costs associated with the running networks cannot be overstated, particularly in the metropolitan area.

The adoption of SFF fibers by specialty fiber manufacturers has been widespread in the last year. By enlarging the composition, dimensions and index profile of the core remain the same as the standard 125-micron fiber and, hence, most of the waveguide-dependent optical characteristics of the fiber (such as cut-off, mode-field diameter and dispersion) remain unchanged.

Therefore, the reduced-clad fiber can be seen as essentially a drop-in replacement for larger diameter fibers, minimizing any redesign of the optical properties of the module. This is particularly significant with the current trend in EDFAs and related components for metro applications that are shifting to 80-micron fibers for both active erbium-doped fiber as well as the coupler and lead-in fibers. For example, by reducing the cladding diameter of the fiber used in a small form EDFA can enable a 30-40% reduction in the overall amplifier package size--critical for the development of next generation optical modules.

Bryce Samson is director of business development and Upendra Manyam is a scientist at Nufern, headquartered in East Granby, CT. 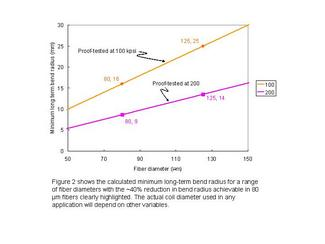