Today’s carriers must worry about much more than simply transporting voice traffic from point A to point B. Now they must anticipate conditions like “The American Idol Scenario” in which 35 million people simultaneously flood the network with voice, video, data, and wireless traffic. 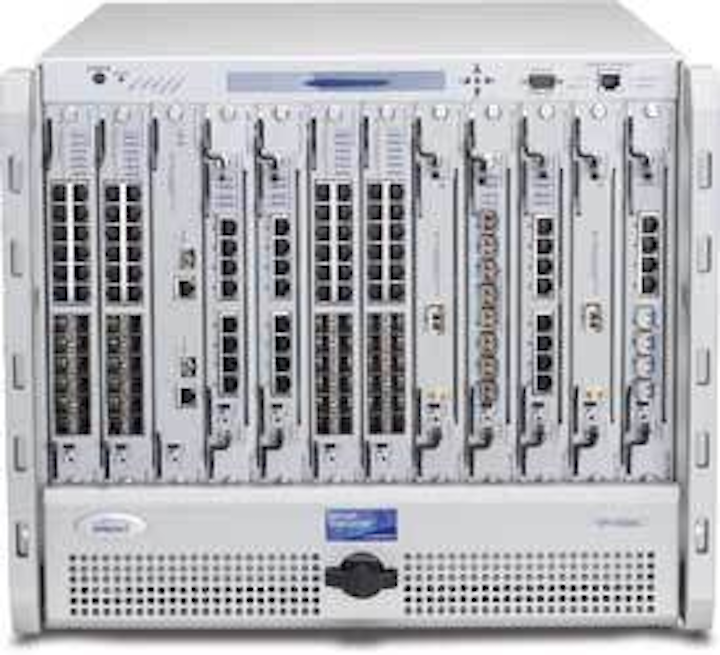 The American Idol Scenario is no different than The Super Bowl Scenario or even The Dog-with-its-Paw-on-the-Remote Scenario; today’s networks must be equipped to handle massive volumes of traffic under any manner of conditions. As such, it is incumbent upon not just the carrier but now the system vendor to thoroughly test equipment to ensure it will hold up under real-world conditions-and to do so prior to field deployment.

In the past, a system vendor usually conducted a basic packet-loss test to determine whether packets were reaching their prescribed destination at full line rate. But with the migration to IP triple play, system vendors are being pushed to test more than just the physical layer. Some are creating their own test labs in which they emulate the traffic volume of entire neighborhoods-hundreds and even thousands of subscribers-to determine the quality of the services riding over their equipment.

Take Alcatel-Lucent (www.alcatel-lucent.com), for example. The vendor has established IP Transformation Centers (IPTCs), as it calls them, in Plano, TX; Antwerp, Belgium; and most recently in Singapore to design, test, and build customer-specific networks, be they fiber-to-the-home or -node (FTTH/N) and based on GPON, VDSL2, ADSL2+, or Ethernet.

Didier Balcaen, director of IPTC hosted integration activities at Alcatel-Lucent’s 1,500-m2 Antwerp facility, confirms that laboratory testing goes far beyond the physical layer. “We try to get together with the customer in the lab to deliver for them an end-to-end solution, not just the boxes but the complete solution from IPTV through standard high-speed Internet access to the more advanced IMS solutions,” he explains.

Balcaen says his group tries to replicate two key factors in the lab: scalability and traffic load. First, he says, they characterize the network to make sure it is capable of supporting high volumes of mixed traffic types. Then they test the applications to ensure that the services delivered match or exceed the subscribers’ expectations. “And then we try to work out, optimize, and fine-tune the solutions with the customer,” he explains. “And that means scalability testing of the IMS solution up to millions of subscribers. For IPTV, we simulate up to 100,000 end users to see that all this functionality can work together on the network.” 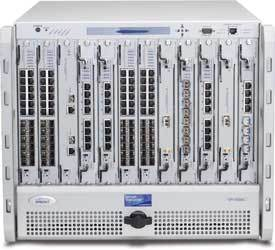 Spirent says its recently released TestCenter 2.0 leverages an entirely new architecture, dubbed “Inspire,” that was built from the ground up to deliver productivity improvements at every stage of product development and service creation.

Alcatel-Lucent recently tapped Spirent’s (www.spirent.com) Test Center 2.0 to emulate and characterize a triple-play network with 24,000 subscribers watching Microsoft TV, making VoIP calls, and surfing the Internet. Ralph Daniels, director of system engineering at Spirent, reports that the IPTC lab thoroughly tested Layers 2 and 3 with so-called static data and then tested Layers 4 through 7 with what is known as stateful Transmission Control Protocol (TCP).

Layered on top of the Ethernet physical layer, TCP is designed for intrinsically “lossy” networks. It determines which packets, if any, did not reach their intended destination and simply retransmits them. Roughly 85% of traffic on the Internet is based on TCP, explains Trevor Dyck, product manager of digital video test in the Advanced Network Division of Agilent Technologies (www.agilent.com), who notes that a converged network carrying voice, video, and data services must support a variety of stateful and stateless (static) traffic. Therefore, it is critically important to simulate TCP traffic as part of full stress tests of equipment prior to deployment. Like Spirent, Agilent offers stateful TCP testing (on its N2X platform), and Dyck says TCP testing has generated interest particularly among customers who build or run GPON-based networks.

A PON architecture is, by nature, a shared medium. Downstream traffic is transmitted to all subscribers on the PON, but upstream traffic is shared among them, creating asymmetry. “That introduces some complexity not encountered before,” says Dyck. “TCP wasn’t originally designed for things like GPON, so it is important to [conduct] stress testing to make sure these devices can handle the volume of traffic that’s out there.”

Like Spirent, Agilent also has first-hand experience testing Alcatel-Lucent equipment. Its N2X was used to help validate Alcatel-Lucent’s Triple Play Service Delivery Architecture (TPSDA) under a mix of residential triple-play and enterprise VPN services in a recent independent evaluation conducted by Isocore Corp. (www.isocore.com). Isocore used the N2X to simulate 80,000 active users and 120,000 set-top boxes. According to Dyck, the week-long test went well and enabled Isocore to prove that Alcatel-Lucent’s TPSDA will perform as required in real-world deployment scenarios.

Though the access network has come into the fore with aggressive deployments by incumbent carriers, system vendors must also test the access networks’ effect on other parts of the network. Spirent’s Test Center 2.0, for example, was used by the European Advanced Networking Test Center (EANTC) to verify the robustness of Cisco Systems’ (www.cisco.com) IPTV infrastructure. EANTC simulated large enterprise customers and neighborhood DSLAMs-a total of 1 million subscribers and 60,000 concurrent users. But unlike IPTC, the EANTC was not concerned with the edge of the network. 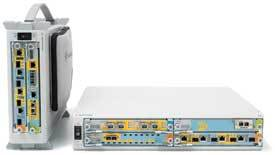 As if core and aggregation testing weren’t enough, system vendors also must be on the lookout for external network stressors. Daniels reports that Spirent has a line simulator that is used to test the resiliency of the line from the DSLAM to the home in an FTTN-based network. The various flavors of DSL technology may provide different amounts of bandwidth-ADSL technology provides 10 Mbits/sec, VDSL 25 Mbits/sec, and VDSL2 50 Mbits/sec-but all are highly susceptible to noise, says Daniels. “We can test to see what happens when you run a lawnmower over your VDSL line or near the line, what happens when noise is introduced, and at what point does packet loss occur. With the line simulator, we can simulate multiple reaches between the home and the DSLAM as well as different noise levels,” he says.