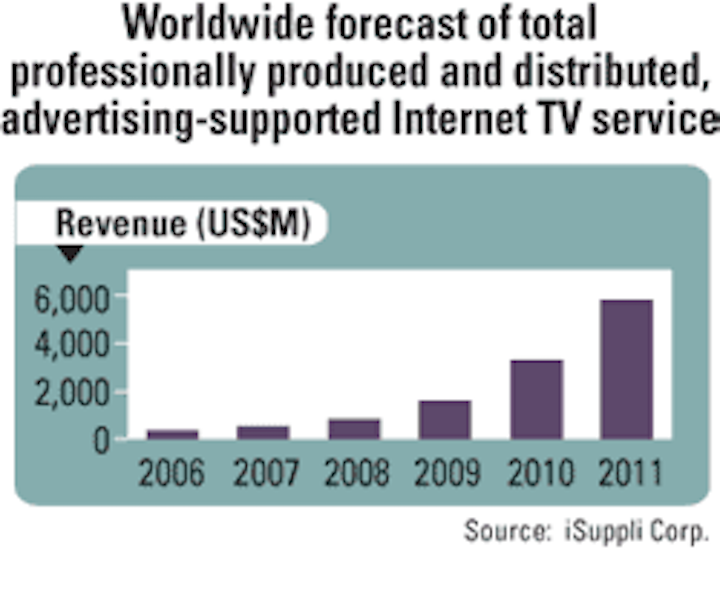 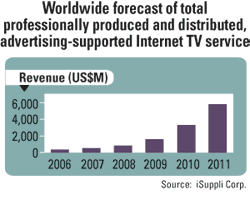 The web is quickly growing into the world’s largest on-demand, interactive video library, and it is evolving into the most ubiquitous video distribution platform ever known, say iSuppli analysts.

Internet TV poses both challenges and opportunities for companies involved in the video distribution value chain, note analysts. Content owners face the tradeoff of “reach” versus “control,” as they navigate this distribution channel. Video network operators face the challenge of a new way to reach consumers, as well as new competition that could threaten their long-term position in the market. A variety of Internet portal companies, content delivery networks, software platform companies, and other technology providers embrace the revenue opportunity.

The report also finds that: