Verizon Communications Inc. (NYSE, NASDAQ: VZ) reported that operating income and earnings per share for the second quarter of 2014 exhibited double-digit growth for the sixth consecutive quarter. The best revenue growth in sixth quarters benefited from the first instance of year-on-year revenue growth in the wireline segment in more than seven years. 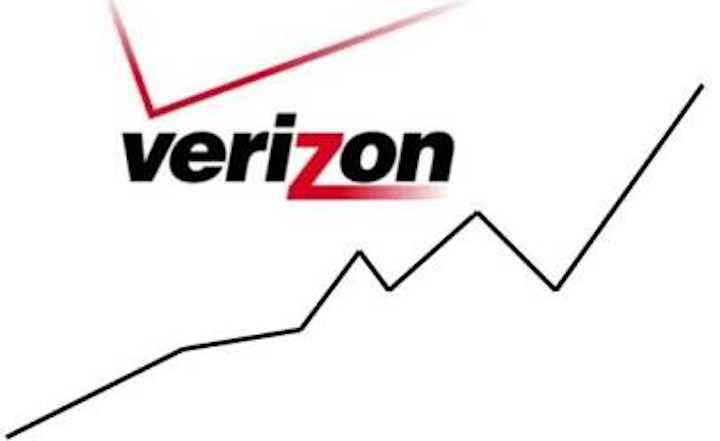 Verizon Communications Inc. (NYSE, NASDAQ: VZ) reported that operating income and earnings per share for the second quarter of 2014 exhibited double-digit growth for the sixth consecutive quarter. The best revenue growth in sixth quarters benefited from the first instance of year-on-year revenue growth in the wireline segment in more than seven years.

While wireless revenues remained strong ($21.5 billion for the quarter, up 7.5% year over year), the wireline performance was perhaps a bit of a surprise. Total wireline revenues were $9.8 billion, up a meager 0.3% year over year, but a growth nonetheless. Consumer revenues accounted for $3.9 billion of that total, up 5.3% year-on-year; FiOS contributed 75% of the consumer total. Consumer ARPU for wireline services increased to $122.57 in second-quarter 2014, up 11.0% versus the year-ago quarter. Total FiOS revenues grew 14.4% year over year, to $3.1 billion.

“Verizon’s second-quarter results continue to demonstrate our ability to deliver strong customer growth, with equally strong financial performance, in a dynamic and competitive environment,” asserted Verizon Chairman and CEO Lowell McAdam. “We have great momentum heading into the second half of the year. We remain focused on profitable growth and on meaningful network investments that provide our customers with the best, and with a continuously improving, overall experience.”

Looking ahead, Verizon said it continues to expect capex to remain in the range of $16.5 billion to $17 billion, which would translate into a decrease in capital spending as a percentage of total revenues for the full year. The company also forecasts consolidated top-line growth of 4% and adjusted consolidated EBITDA margin expansion in 2014, with positive contributions to profitable growth from both wireless and wireline.

For more information on FTTx systems and suppliers, visit the Lightwave Buyer’s Guide.