DCI has been a hot topic across for several years. However, DCI does not have a standards-based or a specific technical definition, and as such, the DCI nomenclature is used across the networking industry to describe and include any number of network types, technologies, and products. So we faced the questions: How big is the DCI market, and what is the opportunity for networking products and vendors? 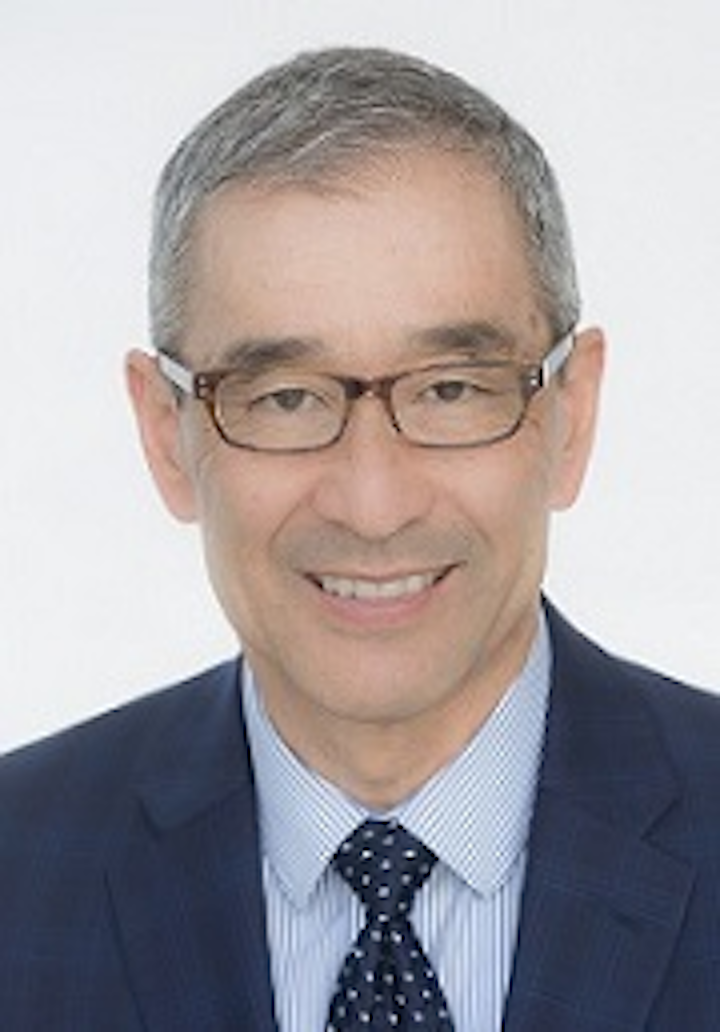 The infrastructure of the cloud—data centers and the computer and networking systems resources housed within—is expanding rapidly as the demand for cloud services spreads globally. The traffic between data centers, as well as traffic into and out of the cloud, is expected to grow strongly, placing pressure on the data center interconnect (DCI) networks used to connect the data centers.

DCI has been a hot topic across for several years. However, DCI does not have a standards-based or a specific technical definition, and as such, the DCI nomenclature is used across the networking industry to describe and include any number of network types, technologies, and products. So we faced the questions: How big is the DCI market, and what is the opportunity for networking products and vendors?

To size and forecast the DCI market, we at Dell’Oro Group designed a framework based on three DCI network segments: Optical Transport Networks, Data Center Core Networks, and Wide Area Networks (WANs). The DCI segments are based on how the networks function and the applications they support. Figure 1 shows how the topologies of the three network segments and how they overlay and complement one another. 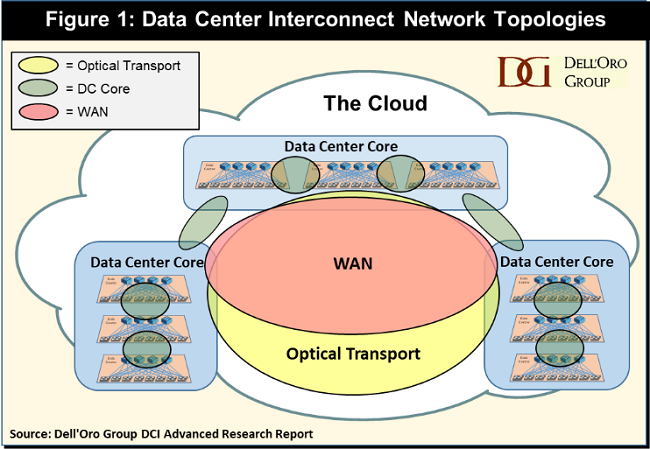 Dell’Oro Group’s Optical Transport, Ethernet Data Center Switch, and Router research programs cover a broad range of technologies used for DCI, but these products are often deployed interchangeably due to common functionality, or in an integrated manner when complementary. Starting with the product forecasts from each of the research programs, we then conducted interviews and research with end users and vendors to collect data and map products to the DCI segments. It was important for us to understand how products are being used and which features and capabilities are actually required so that our forecasts would be based on demand opportunities regardless of the product types used historically. Table 1 summarizes the Dell’Oro Group DCI segmentation and maps products and the main vendors for each the segments.

We forecast the total DCI market to grow at double-digit annual rates to more than $5 billion in revenue by 2022 (Figure 2). Optical Transport Networks will account for the majority of the market over the next five years, but the combined DC Core and WAN will grow at a slightly faster rate. 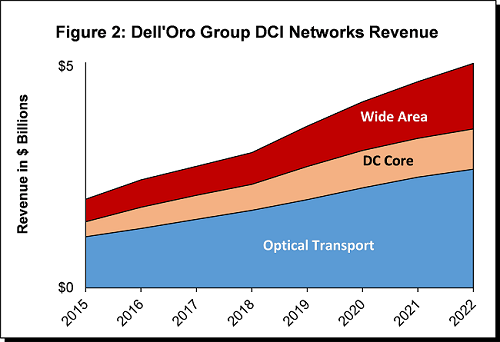 For 2017 market shares, two vendors captured the top spots in the three segments. Ciena was the leader in Optical Transport networks, and Juniper was the top vendor for WAN and Data Center Core networks.

It is clear that cloud providers, telecom service providers, and many enterprises are proliferating data centers around the world and expanding the footprint for DCI infrastructure. Vendors with the right products and technologies have a golden opportunity to address the demand and grow revenue. We think that DCI’s double-digit market growth over the next five years is an attractive market opportunity for vendors with the products that have the right features and capabilities.

As vice president and analyst, Shin Umeda covers a broad view of telecommunications infrastructure at Dell’Oro Group. He is currently responsible for the company’s routers and Carrier Ethernet market research, as well as its Advanced Research reports on data center interconnect and software-defined wide-area networks (SD-WAN). Umeda joined Dell’Oro Group in 2000. Prior to joining Dell’Oro Group, he held financial analyst and management positions at a number of networking and technology companies, including Nortel Networks, Bay Networks, SynOptics Communications, and Amdahl Corp.