"Bend tolerant" and "bend insensitive" fibers provide the foundation for today's multiple-dwelling unit (MDU) cabling technology. The transition to these fibers as the standard for MDU architectures – as well as for drop cables and other outside plant cables for optical access networks – is pretty much complete across the supplier community. Let's review the evolution of improved macrobend importance and see how it has reached today's ubiquitous status. 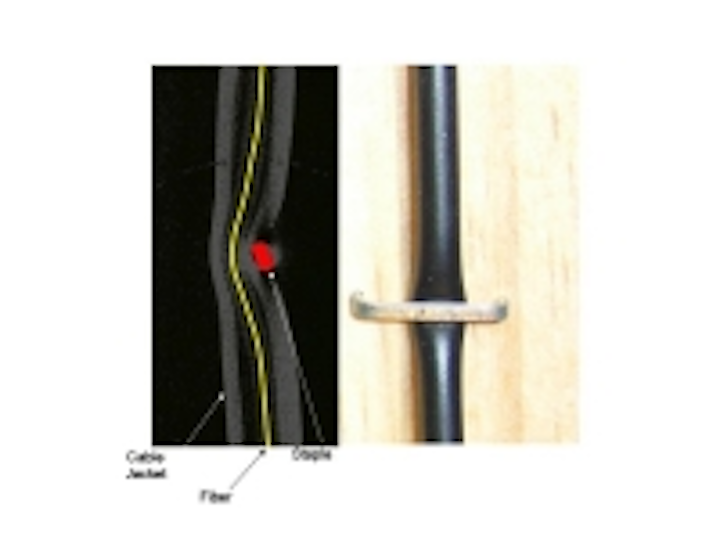 As the other articles in this Editorial Guide make clear, "bend tolerant" and "bend insensitive" fibers provide the foundation for today's multiple-dwelling unit (MDU) cabling technology. The transition to these fibers as the standard for MDU architectures – as well as for drop cables and other outside plant cables for optical access networks – is pretty much complete across the supplier community.

Let's review the evolution of improved macrobend importance and see how it has reached today's ubiquitous status.

While fiber can begin to lose light in certain scenarios at relatively small bend radii (called "microbends"), large macrobends can see significant light loss. Until the era of fiber to the home (FTTH), the bend tolerance of fibers designed to the ITU-T G.652 specifications fit most requirements. However, when installers began to optical access networks to residences – and most acutely within MDUs – installers routinely found they needed to bend fiber at radii greater than the 30 mm specified by G.652. As a result, optical signal performance routinely suffered, to the point that commonly used single-mode fiber cabling often proved unable to meet service provider requirements in MDU scenarios.

Cable providers frequently use "bend tolerant" to describe Class A fiber-optic cables, although some distinguish between A1 and A2; they label the former "bend improved" and reserve "bend tolerant" for A2. "Bend insensitive" generally means Class B fiber, particularly the G.657.B3 iteration. All of these fibers offer significantly improved tolerance to loss from bending than the G.652.D fiber cables they are designed to replace.

Corning was the first to make a mark with G.657 fiber, announcing its offering in July 2007. The fiber, which Corning marketed under the ClearCurve brand, offered its improved bend tolerance through the introduction of "microstructures." OFS followed about a year later with its EZ-Bend line. OFS did not use the microstructure approach, which created a lively debate about whose approach was better and easier to install and splice. The fact that Verizon adopted both fibers for its MDU applications indicates they both worked pretty well.

Other fiber manufacturers followed suit (Prysmian with its CasaLight, Draka with its BendBright, for example), which gave cable manufacturers a wide choice of suppliers. As the stories in this guide indicate, the emphasis then shifted toward how to make these fibers easier to install and less obtrusive. Several options for MDUs that offer near-invisible connections within apartment units have reached the market.

Improved bend tolerance certainly helps fit new fiber into tight spaces. Cable manufacturers recently have introduced another innovation to help cram more fiber into congested conduit, as well as tight spaces within building risers: cable with 200-micron fiber. As the term implies, 200-micron fiber uses a narrower coating width to create a diameter smaller than the 250 microns of standard single-mode fiber, which means you can either fit more fibers into the same cable width or produce narrower cables. Add improved macrobend performance to these fibers and the benefits of 200-micron technology grow even more appealing.

Prysmian announced a 200-micron G.652 fiber in 2005, which eventually led to a 200-micron version of its bend-tolerant BendBright-XS fiber. OFS added its G.657.A1 AllWave FLEX in 2013; the company also makes the G.652-compatible 200-micron AllWave FLEX+. India's Sterlite Technologies (which also sells product in North America) unveiled its MICRO BOW LITE 200-micron fiber the same year, and Corning hopped aboard the bend-tolerant 200-micron train in 2015 with its SMF-28 Ultra 200. So operators can now buy such narrower cabling with bend-tolerant fibers from numerous suppliers.

Given the variety of fiber types described here, operators could find themselves with something of an inventory problem. Fiber manufacturers have attempted to ease this burden by combining the properties normally associated with different applications to create multi-use fiber and cabling. For example, a new class of fiber combines low attenuation for higher-bandwidth metro applications with the bend tolerance of access networks to create fiber-optic cable that can be used for both requirements. Corning's SMF-28 Ultra and the AllWave One fiber from OFS offer examples of this trend.

In fact, it's becoming difficult to find applications for which fibers have not been introduced that offer improved macrobend performance. The advent of such characteristics has proven to be a significant milestone in fiber development.