Verizon, which previously had reported 24 incidents of network asset destruction in five states in the wake of a work stoppage among its East Coast wireline employees, says that tally has more than doubled to 57 across seven states. 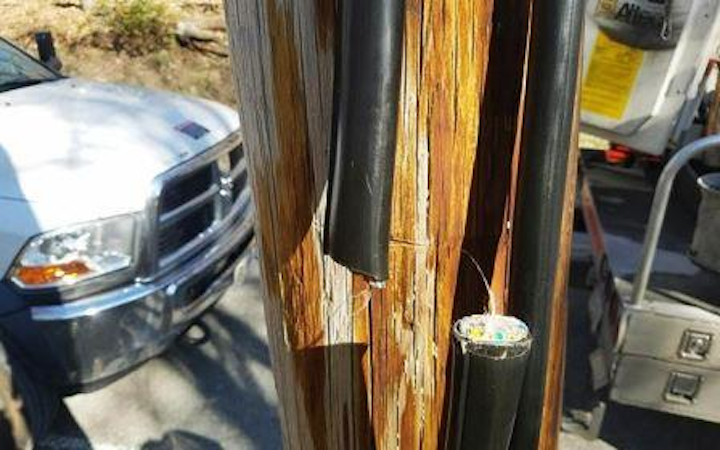 Verizon, which previously had reported 24 incidents of network asset destruction in five states in the wake of a work stoppage among its East Coast wireline employees, says that tally has more than doubled to 57 across seven states.

Verizon hasn't directly accused striking workers of committing the acts, but has drawn attention to the fact that network asset damage has increased sharply since the strike began. A Verizon press release described such asset damage as "rare under normal circumstances."

The company provided several examples of network sabotage since April 13, most of which involves cutting fiber-optic cables:

"Initial investigation and evidence show that all these incidents involve the deliberate and willful destruction of critical communications facilities," said Michael Mason, Verizon's chief security officer. "We suspect violations of federal law, and Verizon is working with authorities to pursue criminal charges."

Verizon has offered up to $10,000 for information that leads to the arrest and prosecution of anyone who intentionally damages network assets.

Neither the CWA nor the IBEW have released comments on Verizon's sabotage claims. However, the CWA has asserted that replacement workers Verizon has employed during the strike are not using safe labor practices and therefore are putting themselves and the public at risk.

For more information on fiber cables and suppliers, visit the Lightwave Buyer's Guide.