The U.S. Court of Appeals for the Sixth Circuit in Cincinnati, OH, struck down the Federal Communications Commission's (FCC's) effort to contravene state laws in Tennessee and North Carolina that restrict the efforts of municipalities to build their own high-speed broadband networks. The three judges who reviewed the case concluded that Section 706 of the Telecommunications Act of 1996 does not give the FCC authority to set aside such state laws. 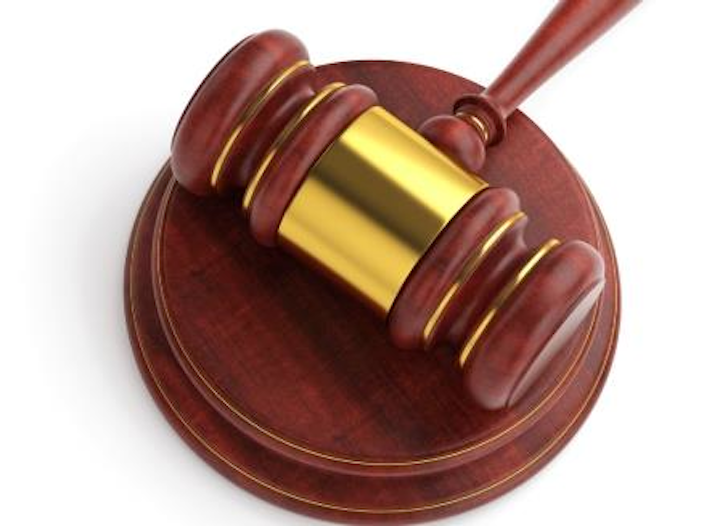 The U.S. Court of Appeals for the Sixth Circuit in Cincinnati, OH, struck down the Federal Communications Commission's (FCC's) effort to contravene state laws in Tennessee and North Carolina that restrict the efforts of municipalities to build their own high-speed broadband networks (typically via fiber to the home; FTTH). The three judges who reviewed the case, brought by the state governments affected by the FCC's ruling, concluded that Section 706 of the Telecommunications Act of 1996 does not give the FCC authority to set aside such state laws.

The FCC ruled in February 2015, by a 3-2 margin, that it would act on behalf of EPB in Chattanooga, TN, and the City of Wilson, NC, in allowing them to expand operations beyond their existing service areas, actions their respective state laws did not allow (see "FCC makes first strikes against anti-muni broadband state laws"). Such a ruling would fall within the powers the Act granted to the FCC to remove barriers to broadband investment and competition, the majority of the commissioners believed.

However, the Court sided with the states (and the FCC's Republican commissioners) that the FCC had overstepped its authority and that Section 706 does not enable the commission to overturn state laws on the matter without a clear statement of such authority from Congress.

Reactions to the ruling from the FCC commissioners followed party lines, with the Democrats lamenting the decision and the Republications praising it.

"In the past 18 months, over 50 communities have taken steps to build their own bridges across the digital divide. The efforts of communities wanting better broadband should not be thwarted by the political power of those who, by protecting their monopoly, have failed to deliver acceptable service at an acceptable price," wrote FCC Chairman Thomas Wheeler for a prepared statement. "The FCC's mandate is to make sure that Americans have access to the best possible broadband. We will consider all our legal and policy options to remove barriers to broadband deployment wherever they exist so that all Americans can have access to 21st Century communications."

"In my statement last year dissenting from the Commission's decision, I warned that the FCC lacked the power to preempt these Tennessee and North Carolina laws and that doing so would usurp fundamental aspects of state sovereignty. I am pleased that the Sixth Circuit vindicated these concerns. The court's decision is a big victory for the rule of law and federalism—a constitutional principle that lies at the heart of our system of government," countered Commissioner Ajit Pai.

"The decision by the Sixth Circuit to reverse the FCC's decision on municipal broadband is an outrageous blow to local leadership in connectivity," said National League of Cities CEO and Executive Director Clarence E. Anthony. "At a time when the need for investment in broadband infrastructure has become greater than ever, state laws preempting local decision making and planning around broadband, as we've seen in Tennessee and North Carolina, serve only to widen the digital divide."

"Today's decision is a victory for the rule of law," said USTelecom President Walter McCormick. The FCC's authority is not unbridled, it is limited to powers specifically delegated by the Congress, and it does not extend to preemption of state legislatures' exercise of jurisdiction over their own political subdivisions. As an industry that shares the commission's interest in accelerating broadband deployment, we would suggest that the best way for the FCC to accomplish its goals is to concentrate on eliminating federal regulatory impediments to innovation and investment – where there remains to be much that can and should be done."

As to what happens next, the Court took pains to say that its ruling covered only the action in question. "Our holding today is a limited one," wrote Circuit Judge John M. Rogers on behalf of the panel. "We do not question the public benefits that the FCC identifies in permitting municipalities to expand Gigabit Internet coverage. Furthermore, we need not, and do not, address a number of legal issues debated by the parties, including (1) whether § 706 provides the FCC any preemptive power at all, (2) whether Congress, if it is clear enough, could give the FCC the power to preempt as it did in this case, (3) whether, if the FCC had such power, its exercise of it was arbitrary or capricious in this case, and (4) whether and to what extent the clear statement rule would apply to FCC preemption if a State required its municipality to act contrary to otherwise valid FCC regulations."

The clear statement of authority from Congress the Court appears to suggest is necessary before the FCC can set aside the laws in questions are unlikely to come in the current session, given the Republican majority.