BBF and ONF position OB-BAA and SEBA/VOLTHA as complementary because they solve different carrier problems within the evolution toward open source, software-defined access networks. 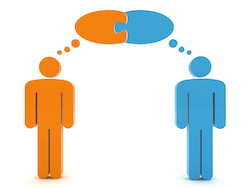 OB-BAA is a BBF open source project that enables software-defined networking (SDN) based management and control of multi-vendor, multi-technology access networks via a standard abstraction northbound interface. BBF says it facilitates coexistence and seamless migration, bringing the agility to adapt to a wide variety of software-defined access models. This abstraction simplifies and reduces development upstream in management and control software for Physical and Virtual Network Functions (PNFs and VNFs). Inherent in the OB-BAA project is the ability to pull differing access device types, including legacy implementations, together under a single standardized network and service management & control umbrella to be exposed to management elements such as the SDN management and control and element management systems.

VOLTHA, meanwhile, abstracts a PON network to make it manageable as if it were a standard OpenFlow switch. Functions such as DHCP and user authentication are run as open source in the cloud. VOLTHA is used as a component of the SEBA platform and can also be used standalone.

BBF and ONF now position OB-BAA and SEBA/VOLTHA as complementary because they solve different carrier problems within the evolution toward open source, software-defined access networks. The agreement between the two groups provides a path for operators to leverage their respective innovations and benefits while ensuring interoperability, high performance, scalability, and maximum reliability. The organizations have produced a whitepaper that describes the relationship between the OB-BAA and SEBA/VOLTHA open source projects toward this end.

For more information on FTTx technology and suppliers, visit the Lightwave Buyers’ Guide.