Transparency at the edge: where the path to all-optical begins 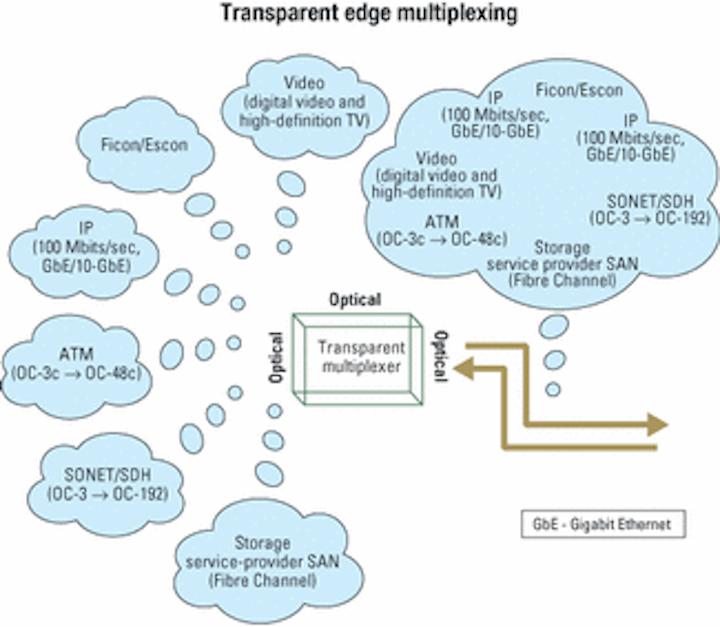 Out with the old and in with the new"- a familiar saying to anyone in business or technology. From the earliest days of the Industrial Revolution, the rush to embrace the latest, best, and most advanced has enabled disruptive technologies to replace old, time-tested ways of doing things. In today's hyper-competitive marketplace, breathtaking technological advances can displace products, companies, and even entire industries-seemingly overnight.

In the telecommunications world, all-optical networking promises to be a major technological advance. From Silicon Valley to Wall Street and everywhere in between, the excitement is evident. Clearly, the advent of endless streams of wavelengths carrying any type of information screaming down all-optical pathways from the source to the last mile will forever change the way people communicate, while creating lucrative financial opportunities. What is too often left out of the story, however, is how we will get there. Carriers with billions of dollars in capital investment, not to mention millions of customers who need services now, cannot simply discard the past in a headlong rush to the future.

While attractive from a purely conceptual standpoint, these approaches do not make financial sense in an era of tight capital markets, heavy debt loads, and alarming customer churn. In this challenging environment, all-optical dollars must be channeled where they are most needed and have the most powerful impact-at the edge of the metro network. Eliminating costly service-bottlenecking optical-electrical-optical (OEO) conversion points at the edge of the network offers the most immediate and lasting all-optical return-on-investment (ROI).

In today's metro networks, legacy protocols are mixing with cutting-edge optical technologies. Although the move to all-optical is inexorable-and IP is certainly emerging as the preferred networking protocol-service providers have too much money invested in existing infrastructures not to use them. SONET and SDH, for example, have large installed customer bases.

Making money while migrating
Providers need to profit from their existing networks, largely designed for voice traffic, while they evolve to OOO networks oriented around data services. In other words, they need solutions that cost-effectively pave the way to an all-optical future where IP packets predominate, but they also need to make money along the way.

There is a viable network migration alternative to deploying core terabit routers with racks upon racks of active power-gorging lasers; transponders; multiplexers, demultiplexers, and remultiplexers; mazes of electronic microchips and buses; and crossconnect switch fabrics. Instead, investments must be directed to creating pockets of all-optical transparency at the network edge-the collision points between the network and end users.

Transparency at the edge provides the flexibility and cost-effectiveness carriers need to compete in the metro. To obtain immediate service and revenue gains, carriers need to create abundant bandwidth and lambda connectivity at the network edge. 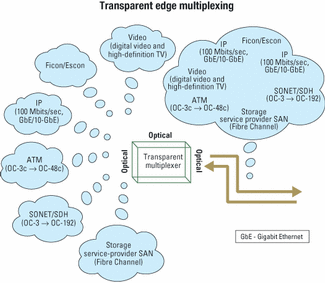 Figure 1. The transparent platform also improves the economics of the metro beyond capacity increases by facilitating multiple service support on each fiber in the access segment of the network.

In the near-term, the network core will operate as a collection of islands of electrical opaqueness, migrating to OOO platforms when the technology becomes more viable and cost-effective. In the interim, the all-optical upgrade path must follow the logical direction of the service, from the end user in the metro network into the core.

The best network migration solution is a legacy infrastructure-augmentation path to transparent OOO networking that preserves infrastructure ROI while enabling dramatic increases in capacity and services offered. Today's networks need futureproofing-maximum flexibility with bit-rate- and protocol-independent technologies that boost capacity while painlessly evolving to meet tomorrow's needs. And they need it at the edge-now.

State of the metro
The metro is not simply a scaled-down version of long-haul networks where WDM is successfully breaking open bandwidth bottlenecks. The metro-where most voice traffic and data packets originate and terminate-is far more complex. Long-haul networks transport ag gre gated traffic over long distances. Metro networks confront escalating, unpredictable demands for bandwidth and must support a plethora of traffic types, protocols, and data rates, all within a very complicated network topology that includes a diversity of optical and electronic equipment.

Driven by the need to give customers a wide range of voice, data, and video services cost-effectively, providers must build end-to-end OOO metro networks. They are looking to DWDM-based optical networking to deliver on the promise of a flexible, high-capacity, low-cost metro service delivery platform.

To meet this demand, the metro has become saturated with new offerings from existing vendors and startups, each bringing new capabilities and innovative architectures to metro service providers. Unfortunately, many of these new systems require a wholesale upgrade of existing network equipment, an approach ill-suited for today's economically constrained tele communications marketplace.

Being metro optical
In contrast, a transparent, multiple-channel, all-optical transport multiplexing platform meets today's needs as well as tomorrow's. These systems must be specifically designed to interoperate with, and improve the capabilities of, current legacy systems and next-generation equipment. And they must satisfy the demands unique to metro/access, including a small footprint and low-power platforms that operate on a bit-rate- and protocol-independent basis. For metro service providers, such a platform can also contribute to a reduction in capital expenditures in network infrastructure upgrades and improvements.

Transparent solutions provide the multiplexing capability of multiple bit-rate- and protocol-independent information channels within an existing (and new) fiber-optic link, without replacing the network infrastructure. The result is immediate increases in available capacities and services. In fact, true edge transparency provides a "value-added" solution to multiple vendor solutions by bundling multiple legacy tributary connections at a fraction of the traditional cost. Transparent solutions do not require additional line cards for every new service tributary, a potentially exorbitant cost when multiplied by factors of 10.

In a transparent optical transport system, the input path (the tributary connection) receives legacy light (input optical traffic from existing network elements) and bundles it with other legacy light inputs onto a common output stream on a single fiber. This bundling allows multiple bit-rate- and protocol-independent tributaries to flow into a concentrated line interface (see Figure 1). 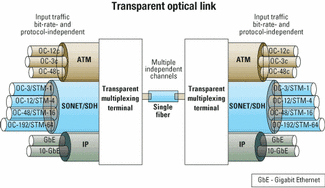 Figure 2. At the receiving end of the network, information is demultiplexed in the same protocol and bit rates as originally transmitted.

The result is OOO multiplexing that transparently interfaces with existing transport equipment while allowing network expansion to occur in a modular, bit-rate- and protocol-independent basis. This approach provides the flexibility to offer optimal service mixes of various bit rates and protocols such as SONET/SDH, ATM, IP, Ficon, Escon, and Fibre Channel. Carriers can therefore expand their networks affordably and reliably. At the receiving end of the network, information is demultiplexed in the same protocol and bit rates as originally transmitted (see Figure 2).

Addressing legacy issues
The need to address legacy-network infrastructure is key to the success of the migration to an all-optical environment. For example, certain types of older fiber cannot support traditional DWDM methods, so network expansion over older fibers has been limited primarily to TDM techniques. To boost capacity to today's standards, transparent multiplexing solutions operate on a single stream to supply a DWDM-like solution to network-capacity expansion over an older fiber base incompatible with DWDM technology.

Transparency allows for the collocation and multiplexing of multiple legacy devices that do not provide multiple-channel line interface support. These platforms can extend the reach of legacy equipment further from the central office. This solution enables legacy systems to provide subtended ring support that requires an increase in services to edge customers.

The transparent platform also improves the economics of the metro beyond capacity increases by facilitating multiple service support on each fiber in the access segment of the network (see Figure 3). Traffic can be multiplexed and transported from edge point-of-presence (PoP) facilities to other PoPs or central-office locations in native optical format. As a result of native optical transport, the need for pricey, high-capacity provisioning platforms at the edge of the network is significantly reduced.

Figure 3. An all-optical transparent transport solution offers "any service" functionality at any port.

Finally, transparent devices multiplex traffic completely within the optical regime. The tributary traffic is received from legacy equipment and multiplexed without having to convert these signals from optical to electrical for remodulation. Such a platform supports "any port, any service" functionality. There is no need to replace interfaces or continuously upgrade the platform as service and bit-rate requirements change.

Legacy metro infrastructure gains a new lease on life. Carriers are given the opportunity to continue to profit from the old while migrating to the new, an approach designed to maximize existing assets while paving the way for tomorrow's new services.

Transparent metro DWDM architectures that offer bit-rate and protocol independence give service pro viders a competitive edge in two key ways. First, transparent network platforms lay a solid foundation for the all-optical future. Second, and just as important, this approach provides a viable, service-enhancing revenue scheme for today. This balanced approach is the only way carriers will meet the disparate demands of customers and investors, while still keeping pace with technological advances that will revolutionize service creation and network efficiency.

Marc Caiola is vice president of marketing and sales at All Optical Networks Inc. (San Diego). He can be reached at mjcaiola@alloptical.net.