December 21, 2005 Milan, Italy -- Prysmian Cables & Systems says its scientists in Italy have made a significant breakthrough in optical fiber design with the production of the company's "PrimaLight" singlemode fiber, which features a 200-micron diameter. 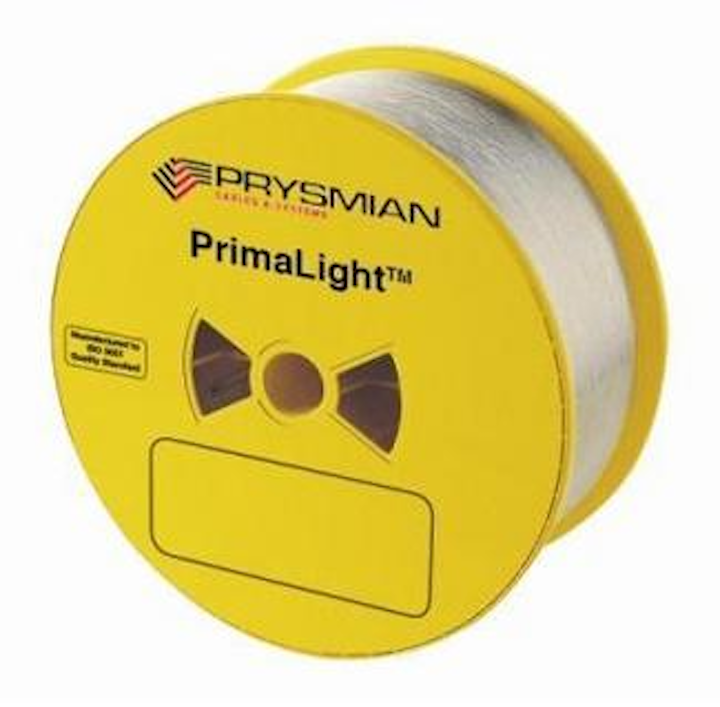 December 21, 2005 Milan, Italy -- Prysmian Cables & Systems says its scientists in Italy have made a significant breakthrough in optical fiber design with the production of the company's "PrimaLight" singlemode fiber, which features a 200-micron diameter.

According to the company, the conventional diameter of optical fibers for telecom use has traditionally been 250 microns; however, as telecom networks advance and the fiber in these networks extends farther toward end users, physical congestion in underground cable ducts, particularly in urban environments, is becoming a critical issue. By reducing the diameter of the fiber itself to 200 microns, the company says that the basic building block of any cable - an additional step-change in cable diameter - is possible.

"This opens up tremendous possibilities on the cable design front. For example, with the PrimaLight fiber we can now include 16 fibers into a tube element that previously had a limit of 12. Alternatively, smaller tubes can be employed to hold similar fiber counts to those used previously," explains Agusti Valls, senior VP of product development and quality for Prysmian's cable business. "The effect on overall cable diameter is significant, and for very high fiber count designs - commonly deployed in the access networks - overall diameter reductions exceeding 10% are possible."

"The 250-micron diameter has, for many years, been the de facto standard However, with every other aspect of cable and fiber design under review we felt that this particular fiber parameter should be no exception," adds Dr. Giacomo Roba, head of Prysmian's fiber R&D activity. "We are very pleased with the results of the work we have undertaken, and we believe that with PrimaLight we have made a significant breakthrough which will have far-reaching effects."

The company says its 200-micron fiber features a125-micron glass core, identical to the traditional 250-micron product. The company says the new fiber is in full compliance with ITU-T Recommendation G 652, and has satisfied all IEC testing requirements for transmission, mechanical, and environmental performance. The relevant technology is covered by patents and patent applications. The PrimaLight fiber is currently being introduced into select Prysmian cable designs, and will be available for use within a broader portfolio of cables during the course of 2006, says the company. 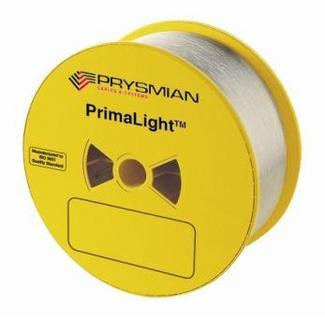