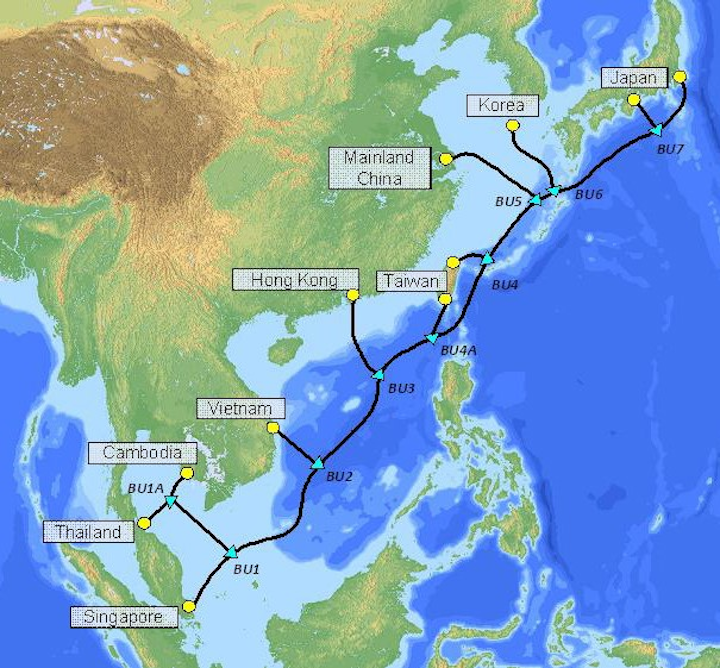 The SJC2 undersea cable will feature up to eight fiber pairs of high capacity optical fiber with 144 Tbps of total initial design capacity, the equivalent of streaming 5.76 million ultra-high definition videos per second simultaneously, says SJC2. With the cable's high capacity, it can support high bandwidth intensive demands, including analytics, robotics, the Internet of Things, and artificial or virtual reality applications.

The submarine cable will be operated by SJC2. The consortium comprises telecommunications and technology companies China Mobile International, Chunghwa Telecom, Chuan Wei, Facebook, KDDI, Singtel, SK Broadband, and VNPT. The consortium expects the cable's construction to be completed by the fourth quarter of 2020.

"NEC is honored to be selected by the SJC2 consortium as the supplier for the most advanced optical fiber submarine cable system, landing at 11 locations across nine countries and regions," said Atsuo Kawamura, NEC's senior vice president, Telecom Carrier business unit. "SJC2 is designed so that once completed, it can carry at least 18 Tbps of capacity per fiber pair. The robust and flexible design will enable SJC2 to cope with future changes in capacity demands. SJC2 will provide seamless connectivity and network diversity, while serving to complement other Intra-Asia submarine cables, among others, such as the original SJC built in 2013."