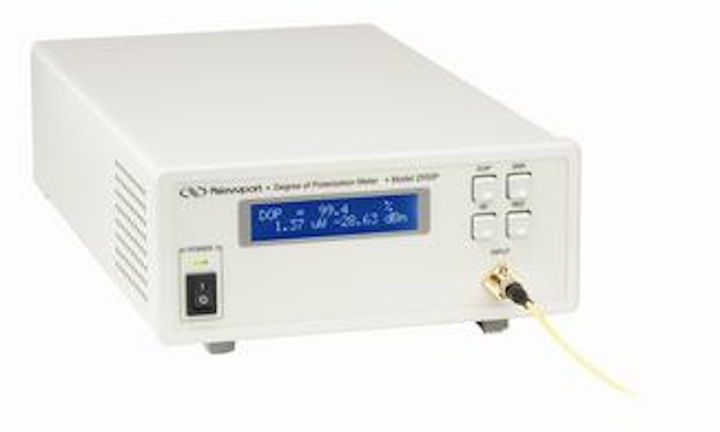 September 19, 2005 Irvine, CA -- Newport recently introduced a line of polarization control and measurement instruments designed for use in applications including research, aerospace and defense, telecommunications, and data communications.

"By introducing this new product line, Newport now offers a complete, state-of-the-art portfolio of instrumentation solutions to customers who manage and measure light," says Ron Hartmayer, director of marketing for Photonics at Newport. "These products help round out a complete instrumentation line, as it relates to controlling, stabilizing, measuring, and analyzing polarization in fiber-optic based applications."

According to the company, the flagship product of the new portfolio, its 2590P Polarization Synthesizer and Analyzer, enables users to generate and maintain any desired state of polarization (SOP), regardless of the input SOP. The generated SOP and corresponding PoincarÃ© sphere are displayed on a monitor via PC interface. Multiple operation modes include: deterministic SOP trace generation, polarization analysis, and polarization scrambling. The instrument available for 1260-1360 nm and 1500-1600 nm wavelength ranges.

The company's 2570P Series Polarization Multimeter operates in the 1260-1650 nm wavelength range and provides four measurement modes: polarization dependent loss (PDL), insertion loss (IL), optical power (Po), and degree of polarization (DOP). The company says all modes can be accessed in less than 0.2 seconds, and that the instrument is accurate for both low and high PDL and SOP values.

The company's 2560P Series Polarization Stabilizer actively maintains a state of polarization (SOP) against a rapidly fluctuating input in the 11260-1650 nm wavelength range, with a typical recovery time of 2 ms. The instrument provides a SOP rotation tracking speed of less than 16 pi/s, with accuracy and repeatability of less than 0.1 dB.

The company says its 2550P Series Degree of Polarization (DOP) Meter delivers real-time measurements with a high degree of accuracy for both low and high DOP sources, while also simultaneously measuring optical power. The instrument has a wide dynamic range and covers the S, C, and L Bands.

According to the company, using all-fiber technology to effectively randomize polarization states, the 2540P Series Polarization Scrambler features low residual phase and amplitude modulation, with no insertion loss or back reflection. This instrument finds uses in polarization dependent gain (PDG) suppression and polarization mode dispersion (PMD) monitoring. The instrument operates at 980, 1060, 1310, 1480, 1550, and 1600 nm center wavelengths, selectable from the front panel or via computer interface.

The company says its 2530P Series is a high-performance polarization extinction ratio (PER) meter designed for operation in the 1260-1650 nm wavelength range in both production and laboratory environments. Key features include high polarization extinction ratio, high angular resolution, and an option for a detached optical head for measuring laser diodes and fiber-optic components in close proximity to the device. 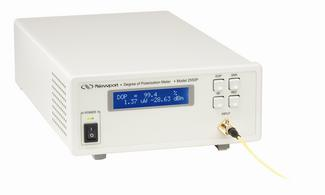