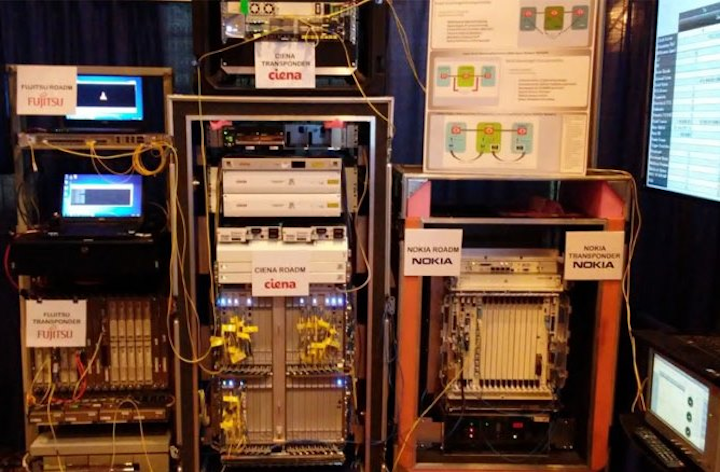 The service provider says it is interested in putting the high-speed optical transmission technology to the test in light of rapid increases in bandwidth demand. AT&T estimates data traffic on its network grew more than 150,000% between 2007 and 2015.

The trials will comprise three phases:

"Although there have been efforts focused on 400 Gigabit Ethernet viability and industry standards over the past couple of years, we are excited to be the first to implement a pilot," said Rick Hubbard, senior vice president, AT&T Network Product Management, in a press statement. "400GbE has the potential to transform how our largest retail and wholesale customers manage their networks today."

The fact that AT&T is interested in 400-Gbps transmission in the form of 400GbE echoes the first major deployment of 100 Gbps optical transport technology. Verizon deployed coherent 100-Gbps transmission technology to support the transmission of 100GbE traffic between router sites in Europe (see "Verizon to deploy 100 Gigabit Ethernet on Paris-to-Frankfurt route").