Bittree has unveiled the DSFB124NL Series fiber patch-panel enclosures. The enclosures feature a feed-through, slide-out design for use in IT closets and data centers, as well as in TV and radio facilities, recording studios, sports and live event venues, and commercial AV architectures. 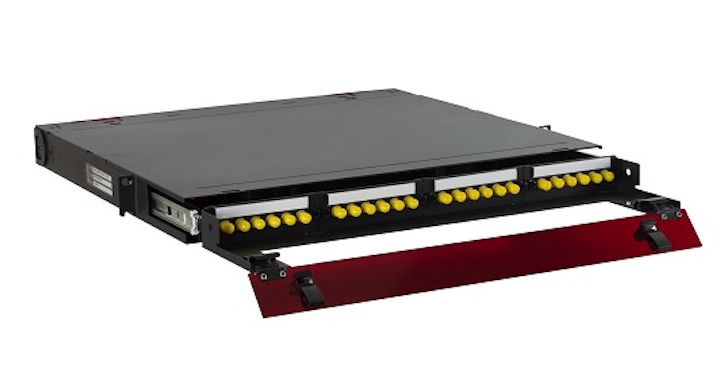 Bittree has unveiled the DSFB124NL Series fiber patch-panel enclosures. The enclosures feature a feed-through, slide-out design for use in IT closets and data centers, as well as in TV and radio facilities, recording studios, sports and live event venues, and commercial AV architectures.

The company has begun shipments of the first model in the series, the DSFB124NL-ST. The unit accommodates high-density, simplex ST-to-ST connections. The second member of the series, the DSFB124NL-LC, will accommodate duplex LC-to-LC fiber connections when it makes its debut later this year. Both enclosures will accommodate single-mode and multimode fiber requirements in a 1RU form factor that supports high-density 24-position patching.

In a first for Bittree, the DSFB124NL Series will have steel gliding rails for easier access to connections. The support of gliding trays offers smoother movement and steady-locking positions to simplify access between ports, the company says. The enclosures also will feature grommets, cable strain reliefs, and bend radius guides, as well as knock-out positions available on all four sides. Bittree adds the series will benefit from cold-rolled steel construction with a durable black powder-coat finish. The fold-down, clear-red acrylic front and rear doors will enable visual inspection of the patch interface to monitor connections and performance.

When the initial two members of the series are available, customers will have the option to custom-order and modify an enclosure to accommodate, for example, half ST and half LC connections, the company adds.