Flexenclosure says it will construct eCentre cable landing stations for the ICN2 submarine cable, based on a contract from Interchange of Vanuatu. The 1,600-km ICN2 submarine network will connect Vanuatu with the Solomon Islands. 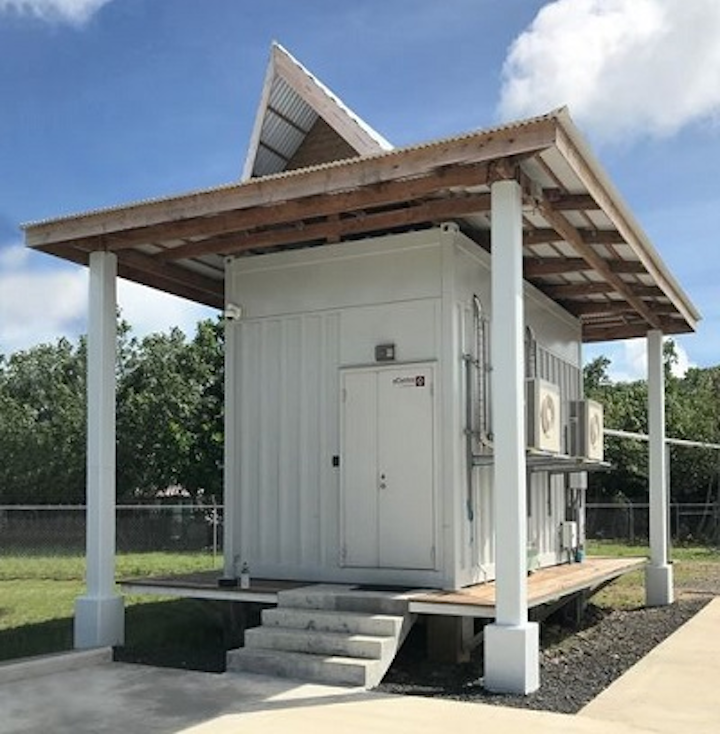 Flexenclosure says it will construct eCentre cable landing stations for the ICN2 submarine cable, based on a contract from Interchange of Vanuatu. The 1,600-km ICN2 submarine network will connect Vanuatu with the Solomon Islands.

The company will deploy the cable landing stations Luganville, Vanuatu, and Honiara, Solomon Islands. Flexenclosure plans to begin building the expandable 21-square-meter facilities at its factory in Sweden next month. Plans call for the company to deliver the stations in January for an operational date of May 2019. As the landing stations will reside in areas with a potential for natural disasters – for example, their locations are in the Pacific’s Ring of Fire, in which 90% of the world’s earthquakes occur, Flexenclosure asserts – the facilities will be built to withstand Zone 4 seismic activity. They also will withstand Category 5 cyclones, the company adds.

“As a critical infrastructure provider, it is vital that all components of our system meet the highest standards,” said Simon Fletcher, CEO of Interchange, which is a consortium focused on delivering telecommunications technologies and infrastructure throughout Melanesia. “Flexenclosure was selected as our cable landing station facilities supplier based on the high quality of their product, their proven track record in our sector, and their strong regional presence.” Flexenclosure says it has received cable landing stations orders covering five Pacific island nations in the past 18 months. The company adds it has recently completed cable landing station projects in Samoa, Palau, and Fiji.

TE Subcom announced this past June that Interchange granted it a contract to deploy ICN2, which will use optical transport equipment from Ciena (see “TE SubCom building ICN2 submarine cable from Vanuatu to Solomon Islands”). The undersea cable system will be ready for service in the fourth quarter of 2019. ICN2 follows ICN1, a submarine cable system completed in 2014 that connects Vanuatu into the Southern Cross cable between Australia and the United States (see "Vanuatu chooses Alcatel-Lucent for undersea fiber-optic cable").