July 1, 2004 Palo Alto, CA -- At the recent SuperComm event in Chicago, Agilent Technologies demonstrated what it claims is the industry's most comprehensive multi-service test solution for converging voice and data networks. Lightwave's Meghan Fuller sat down with Agilent at SuperComm to discuss the new test platform, dubbed the N2X. 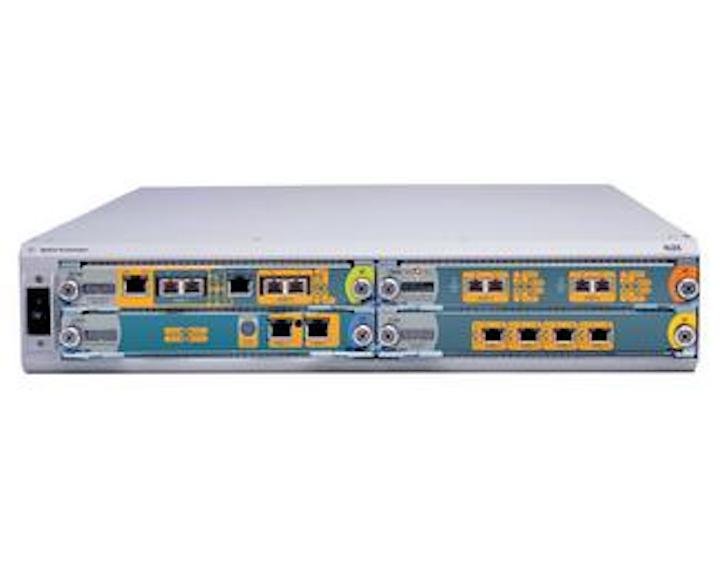 July 1, 2004 Palo Alto, CA -- At the recent SuperComm event in Chicago, Agilent Technologies demonstrated what it claims is the industry's most comprehensive multi-service test solution for converging voice and data networks. Lightwave's Meghan Fuller sat down with Agilent at SuperComm to discuss the new test platform, dubbed the N2X.

The N2X combines enhanced versions of Agilent's Router Tester 900, OmniBerXM, and SAN Tester into an integrated test solution. According to Rick Pearson, marketing manager of Agilent's computer and networking solutions group, Agilent has been mulling such a combination for some time, which is why all the cards in the previous versions fit into the same chassis structure.

The N2X is a four-slot chassis that will hold four different measurement cards. "You can put routing cards and packet cards and transport cards and storage cards all into the same chassis," says Pearson, "and you can mix and match what you really want to test. You can set up a network test bed. What we've done is modified the software so it becomes more of a service tester, not just a router tester or a transport tester."

Service testing is critical in today's evolving network landscape. In the past, carriers have deployed networks layered on top of other networks--a WDM network at the base, for example, with a SONET network on top of that, and maybe an IP/MPLS core network with a TDM-based network for data services overlaid on top of that. However, this hierarchical ISO model is changing, says Pearson. Today's carriers are serious about deploying a single, truly converged network--but one based on multi-function network elements that are significantly more complicated to test.

The N2X is ideally suited to tackle this challenge, says Pearson. What distinguishes the N2X from previous generation test equipment is its ability to test emerging services, like metro Ethernet, IP/VPN, and L2oMPLS for ATM, over the latest converged infrastructure standards, like MPLS, IPv6, and next-generation SONET.

The N2X can also simulate or precisely emulate any infrastructure, be it a core network, an access network, or an enterprise network. "We can emulate an entire environment, put a DUT [device under test] into that environment--a switch, a router, an MSPP--and we can test its ability to deliver services per the new standards being developed," explains Pearson.

Say you want to test an MSPP. Say the Cisco 15454, which has a metro Ethernet services card in it. In the traditional testing paradigm, packets would be sent through the device and counted on the other side to determine throughput loss and latency, which are the classic measurements in Ethernet switch testing.

But this test paradigm is no longer sufficient, says Agilent. "What we're suggesting is that you actually want to put multiple MSPPs together and build the equivalent of an access/aggregation network and a transport network for the metro," contends Pearson. Using the N2X, "you can send Ethernet traffic through multiple MSPPs, and on the other end, you can measure Ethernet services disruption within 50 msec accuracy for multiple implementations." Agilent accomplishes this via a time-stamping capability, which enables the N2X to precisely measure service delivery in real time.

"As we send packets through, we can go in and change a packet in such a way that we start a disruption," explains Pearson. "Then the service restoration schemes come into play, and we can watch as that occurs, and then we can measure again when things are flowing normally; we take another time stamp. We can also change the infrastructure, the configuration of the network. We can build a variety of infrastructures in the lab, and then test a service to see if it always restored the way the SLA [service level agreement] said it would be restored."

Of course, the typical test bed is much larger than this, says Pearson, who reports that the N2X provides "massive scalability. We're talking about emulating many, many thousands of users or hundreds of routers."

The N2X also offers greater visibility, enabling users to isolate problems in a specific part of the network or device. "You may need to drill down with a microscope and actually look inside some of those packets as they are going through the network and say, 'Is that VLAN tag inside of that GFP frame going over that SONET network--did that VLAN tag get set correctly?' We let you look inside the network," notes Pearson.

The Agilent N2X base system, including chassis and rack-mount controller, is approximately $35,000. First shipments are expected to begin this month. 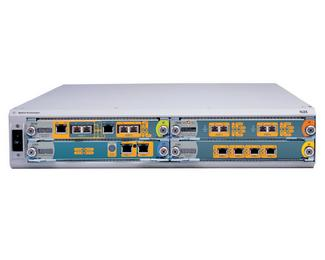