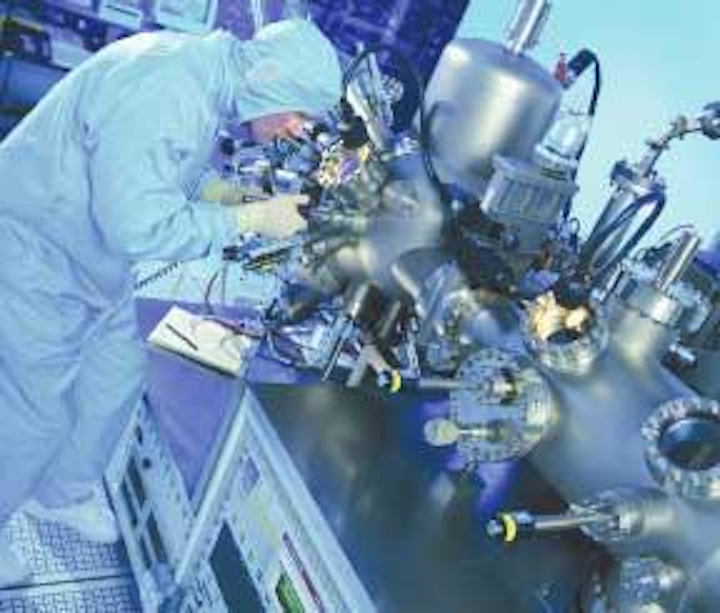 Now that Picolight (Boulder, CO) has announced the availability of 1310-nm vertical-cavity surface-emitting lasers (VCSELs), and with companies such as Infineon (Munich, Germany) and Optical Communications Products (OCP—Chatsworth, CA) close on its heels, the question for designers moves from "When can I get them?" to "How will I use them?" Sources at these three vendors, while hoping to see demand for telecommunications applications, suggest that systems designed for Gigabit Ethernet (GbE) and other data communications networks will prove the first beneficiaries of the low-cost devices.

Both Picolight and Infineon discussed their 1310-nm VCSEL transceiver plans at OFC last March, and the former became first to market when the company announced in August that it had delivered samples of small-form-factor pluggable (SFP) 2.5-Gbit/sec transceivers. Sample prices begin at below $50, and Picolight expects to ramp to production level in the current quarter. 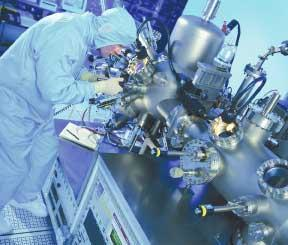 Development of 1310-nm VCSELs has reached a stage where sample quantities are now available, both as discrete units and packaged as transceivers. Photo courtesy of Optical Communications Products

Meanwhile, Infineon is shipping samples of 1310-nm VCSEL TOSAs aimed at SFP and other small-form-factor 2.5-Gbit/sec packages. In-house transceiver development is well underway, according to Kai Siemer, program manager for optical components; at OFC, the company demonstrated an ISFP module and predicted it would be in production in the second half of this year. For its part, OCP acquired 1310-nm VCSEL technology one year ago from Cielo Communications. While Cielo had focused on arrays, OCP product-line manager Mike Fukatsu says his company is now focused on single-channel devices. "The goal is to start rolling out VCSEL-based transceivers, in families of transceivers, in the first half of next year," he says.

The three companies may be in different stages of development, but they agree that 1310-nm VCSELs will likely see their first uses in short- and intermediate-reach datacom applications. Picolight highlighted 100-Mbit/sec Ethernet access, 1000Base-LX GbE for 10 km, and 2-Gbit/sec Fibre Channel (for both 200-SM-LC-L 10-km and 200-SM-LL-V 20-km applications) in its sampling announcement. Accordingly, enterprise and SAN equipment developers are the company's first targets, says Picolight marketing vice president Warner Andrews.

Both Siemer and Fukatsu say their companies (and, in the case of Infineon, the customers for their VCSEL components) also expect datacom designers to adopt the technology first. "In the datacom world, the customers of our customers are more used to VCSEL technology in general than the telecom customers are," says Siemer, by way of example. "So the feedback that we got is that it will first be used in Gigabit Ethernet and Fibre Channel applications."

Datacom designers already have a history with 850-nm VCSEL devices, so the progression to 1310 nm is more natural. To make headway in SONET/SDH systems, the technology still needs to prove its mettle. "In general, there is always a concern about reliability, so we simply have to prove the reliability that we have in very much detail," says Siemer of the telecom market.

Fukatsu says OCP also is aware of this potential hurdle. "We want to make sure the reliability story is bulletproof when we roll these out, because there's always been a lot of question about reliability in VCSELs," he explains.

In addition to reliability, 1310-nm VCSELs will also have to boost their output power to become more attractive to telecom-system developers. "They're plenty fast," says Andrews. "We need to make them brighter." All three companies see the current generation of 1310-nm VCSELs topping out at 20 km. 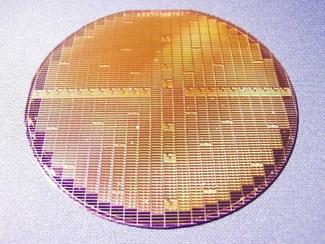 VCSELs provide a manufacturing advantage over edge-emitters in that they can be tested before dicing the wafer. Photo courtesy of Optical Communications Products

"Longer distances are our target, but I don't see them until sometime next year," Siemer offers. He expects to see faster devices before more powerful ones, and the other sources agree that 10-Gbit/sec devices should reach the market soon. Andrews says Picolight expects to sample VCSEL devices at that speed this quarter, while Siemer expects Infineon to have VCSELs available at 10 Gbits/sec early in 2004.

Regardless of the speed, VCSELs certainly should prove competitive within their current performance window. "With the current VCSELs that we have, there are no limitations as far as meeting any of the standards requirements," asserts Fukatsu. "So these will be able to hit the same type of output powers and be in the same wavelength ranges that you would be with, for example, Fabry-Perots for short-reach and DFBs [distributed feedback lasers] for intermediate-reach."

The low-cost manufacturability of VCSELs has been well documented. However, the potential savings don't end there, Fukatsu says. "One of the largest power-consuming parts of the transceiver is the laser driver. You really buy a lot from a power consumption perspective by using the VCSEL," he explains, adding the low drive levels VCSELs require can translate to a difference of as much as a factor of two or four versus Fabry-Perots or DFBs.

One application that could benefit from lower-cost optics is fiber to the premises. However, none of the sources expects to see VCSELs used in passive optical networks (PONs) any time soon.

"The major drawback is the output power," says Siemer. "In passive networks, for example, we would need something like a milliwatt of average output power into the fiber. I would say we still have a ways to go to achieve this." Depending on the architecture, 1550-nm wavelengths may also be necessary, and these are beyond the current capabilities of the technology as well, Siemer adds.

VCSELs in biplexers and triplexers for PONs, but only as part of a highly integrated device that would represent an entirely new generation of modules. "It's definitely something that we're looking at from a feasibility perspective, both technology-wise and financially. But the timing is something that is a little bit further out," he says.

But that doesn't mean the access space will not see 1310-nm VCSELs at all. The kind of point-to-point networks envisioned by the Ethernet in the first mile community could prove a ready market, Andrews says.