Lightwave has revealed the entries that have achieved Finalist status in the 2018 Lightwave Innovation Reviews program. The Finalists are distributed among 10 categories (see ""). Lightwave Editorial Director Stephen Hardy will announce the winner in each category during a reception at OFC 2018 in San Diego on March 14. 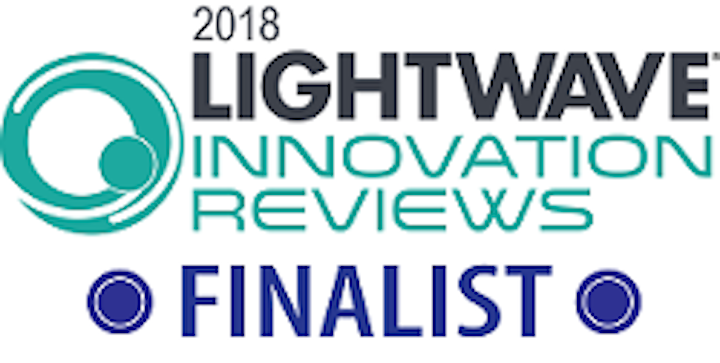 The naming of Finalists reflects a new approach for the program, which is now in its fifth year. "The new format has increased the buzz around the Lightwave Innovation Reviews," said Lightwave's Hardy. "The competition in several categories is fierce, with several cutting-edge products vying for the top spot."

The Lightwave Innovation Reviews is a technology innovation recognition program. Companies in the optical communications field are invited to submit entries for consideration. The products described in the entries must be either new or significantly enhanced since last OFC (March 2017).

Each entry is assessed by three judges. The judges assign a score between 1 and 5 based on the product's originality, usefulness, and differentiation from similar products.

In the past, products that received a score of at least 3.5 were awarded Elite Score status, and this achievement was recognized on the website (see, for example, "2017 Lightwave Innovation Reviews Elite Scores"). This year, the program has evolved toward a more conventional awards approach. Products with a 3.5 score have been named Finalists. The entries with the highest score in each category will be announced as the winner of that category on March 14. The score each entry received has not been revealed.

Finalists will receive a variety of promotional items to help them tout their status at OFC 2018, March 11-15. Winners in each category will receive a trophy commissioned specifically for the program.