Optical networking used to be bolstered by large telcos, but over the last five years, this has changed. The internet content providers (ICPs) are becoming a much larger market for suppliers and are driving both innovation and increased competition among vendors. The hyperscale data centers that are at the heart of the ICPs’ networks and business models have become the number one target for optical networking and components suppliers. And, for good reasons – here are just a few. 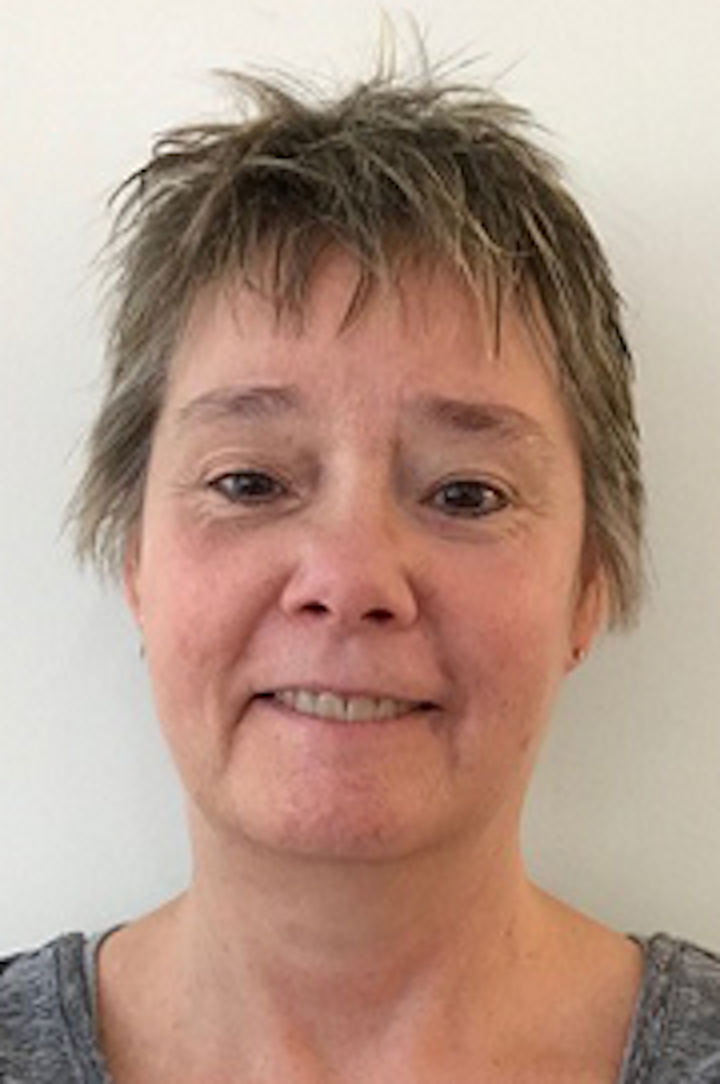 Optical networking used to be bolstered by large telcos, but over the last five years, this has changed. The internet content providers (ICPs) are becoming a much larger market for suppliers and are driving both innovation and increased competition among vendors. The hyperscale data centers that are at the heart of the ICPs’ networks and business models have become the number one target for optical networking and components suppliers. And, for good reasons – below are just a few.

The optical networking purchasing power has shifted from the CSPs to the ICPs. This shift in spending has resulted in an increased portion of the WDM market becoming data center interconnect (DCI). The following chart shows that DCI is now 30% of the overall WDM market. 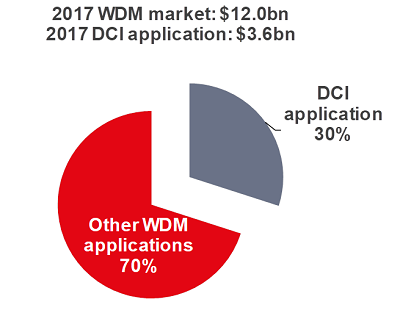 The overall market for optical transceivers sold into the 100G-and-above datacom market is expected to grow from $1.8 billion in 2017 to $4.6 billion in 2023, a six-year compound annual growth rate (CAGR) of 21%. Continuing build out of data center facilities by ICPs has produced this consistent double-digit growth. Some of the largest capacity is being deployed by the likes of Alibaba, Amazon, Apple, Baidu, Facebook, Google, Microsoft, and Tencent. ICP builds consist of both greenfield data centers and retrofits of the latest technology into operational ones. The current workhorse technologies being deployed at scale by ICPs are 100G CWDM4 and PSM4. These variants are also gaining interest at large enterprise data centers. Price erosion has been dramatic, opening up the market to a wider buying community and driving volume. Installations of 100G are projected to continue to increase in volume, with an 18% CAGR through 2023. The buying community is expected to shift as more enterprises move from lower speeds to 100G.

ICPs are projected to move to 400G interfaces soon. The components community is vigorously working on 400G developments, with early adoption expected this year. Volume growth is projected once price-per-bit parity is reached with 100G and the ICPs' entire data center ecosystems are revamped for 400G-optics operation. Ovum projects that between 2019 and 2023 the 400G-module market will grow at a CAGR of 205%.

Because data centers have become increasingly important to the optical networking industry, every year over the last several years, OFC has added data-center-centric programming to its event. We look forward to attending these panels, workshops, and technical sessions, which are highlighted here, to stay abreast of recent developments in optical networking for data center applications.