Michael Hurlston joined Finisar (NASDAQ:FNSR) this past January from Broadcom with a lot of experience in semiconductors and wireless, but not a lot in optical communications. The first order of business has been to familiarize himself with the company and the market it serves. Three months into his tenure that process continues. But he believes he and the company have a number of significant decisions to make. 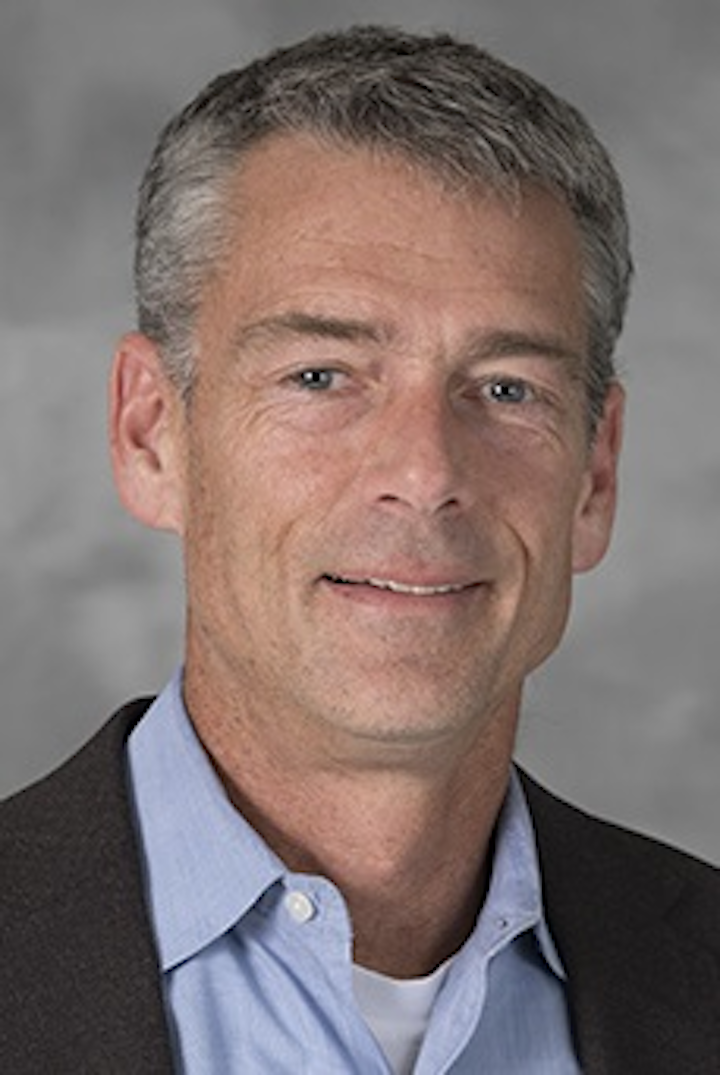 Michael Hurlston joined Finisar (NASDAQ:FNSR) this past January from Broadcom with a lot of experience in semiconductors and wireless, but not a lot in optical communications. The first order of business has been to familiarize himself with the company and the market it serves. Three months into his tenure that process continues. But he believes he and the company have a number of significant decisions to make.

Some of these arise out of the differences between optical communications and semiconductor markets. "The fact that the customers are much more transactional, there is so much competition in the space, and customers are multi-sourcing almost every socket," Hurlston told Lightwave in a recent interview when asked what he's found different between his old space and his new one. "That there is a much wider level of competition than has existed in semiconductors, has been a big surprise."

That amount of competition in a market he termed "increasingly fragmented" leads to more price pressures than he experienced in the semiconductor space. And product development in optics can be more fragmented as well.

"I had certainly expected, like we had in wireless, that once you have a standard, you kind of compete around the edges of that standard," Hurlston explained. "What I found is that while, yes, there is a standard, a lot of folks want to deviate here and there from the standard, and you have to go and develop a whole battery of custom projects and products for each individual customer. Which leads to a much richer product development pipeline, and you have to make a lot more difficult decisions in terms of sorting out the products you do and the customers that you end up servicing."

Such product and customer selection choices are among the significant decisions Hurlston believes need to be made. "I think that for Finisar there is an opportunity to make very good product choices," he said. "As with any business, I think getting first to market or first to deliver is an important milestone, and that usually commands higher gross margins and the ability to command more. That erodes over time as competition comes in and things like that. If we want to boost the gross margin up, being first to market is a key thing. And being able to pick the projects and products that we do to better enable first to market position is something that is going to be a point of focus."

But being first to market won't be the only engineering focus for the company, if Hurlston has his way. "I think the other thing is, there is a lot of value in cost engineering," he said. "Getting the mindset around cost engineering and making sure that we are delivering absolutely the lowest cost products and innovating around the cost piece, I think is a mindset change, and is certainly, from an engineering standpoint, something that you need to shift. And I think we have the ability to do that given our vertical integration."

Finisar as a market rationalization engine?

Of course, one way to deal with competition is to remove it via acquisition. Hurlston has quickly reached the same conclusion as most others in the components and module space: There are too many companies. He believes one factor that led to his hiring was the fact that Broadcom has been extremely aggressive in rolling up other semiconductor vendors. But his first look at the M&A landscape reveals, again, that the optics market isn't the semiconductor market.

"The challenge is that if you want to focus on the module side of the equation and start rolling up different module makers, I think a lot of new ones can pop up by virtue of the component suppliers. So, it is going to be difficult, I think, to do a lot of consolidation in that area," Hurlston explained. The component space may be fragmented, but a clear path to consolidation doesn't appear obvious there either, he said. "Would I like to do it? Yes, I think it's good; I think we need to rationalize the industry to a certain extent. How to do that and, more importantly, can it be done, are very open questions that myself and all of the other optics leaders need to look very carefully at. It's not nearly as easy, as it turns out, as in the semiconductor paradigm."

The role Finisar could potentially play in rationalizing the optics market naturally depends on how Hurlston and the rest of Finisar's executive leadership view the company's future direction. The arrival of a new CEO provides the opportunity for a reevaluation of the existing strategy.

"The current issue facing Finisar, and again I think all companies is, do we want to continue to be a broad-based supplier where we have all of the aspects of the supply chain?" Hurlston posited. "Where we have lasers, we have semiconductors, we are able to manufacture OSAs [optical subassemblies], and we are able to go and do finish modules. That has been a differentiator for the company for as long as it has been there, since Jerry [Rawls] founded it. The question that we have to ask ourselves, I think, is does that continue, is that something we want to continue to do? Or do we want to focus on one or two or three of those aspects and prioritize those over the rest? And we are going to be looking at that very closely."

Hurlston cited products that address the needs of Web 2.0 companies as well as 5G wireless as growth areas going forward. The company's work in technology for consumer applications, which has led to the reinvigoration of a manufacturing facility in Sherman, TX (see "Apple awards Finisar $390 million for VCSEL R&D, manufacturing"), also holds significant promise, he believes. As for making fundamental changes to Finisar's product mix or market activities, those decisions won't be made overnight.

"To make some of the more strategic decisions, I think everybody understood with somebody like me coming in, it's going to be a while. And I think the board is comfortable at that," Hurlston said. "It's not like the company is in any sort of emergency situation. I think that the company is definitely well founded, the underlying fundamentals are good. So I have some runway to sort of figure all of this out. I think that there is a lot of studying that needs to take place before we depart from the current direction."

For more information on optical components and suppliers, visit the Lightwave Buyer's Guide.