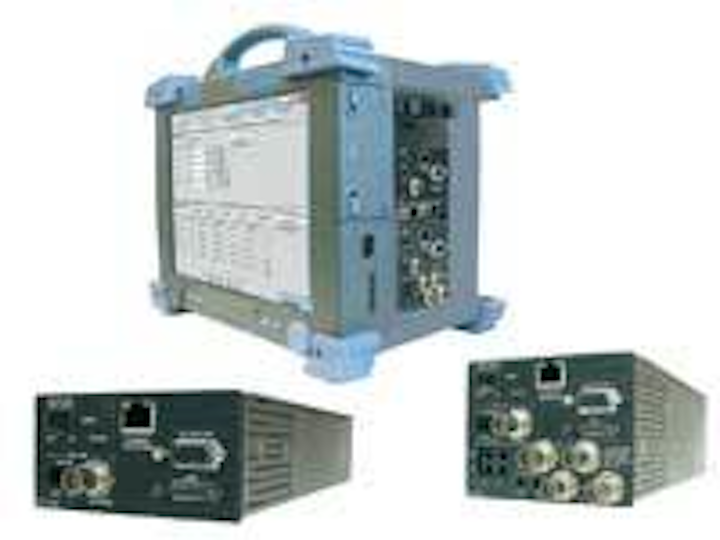 Last year, a spate of mergers and acquisitions (M&As) within the optical communications test equipment space signaled a change in the market’s dynamics. JDS Uniphase’s acquisition of Acterna and Anritsu’s purchase of NetTest launched a shift in which the test equipment community has begun to mirror the customer base it serves. Just as consolidation has hit the equipment vendor and service provider spaces, test system companies who believe they have the necessary cash and staying power have begun to position themselves as “one-stop shops” that offer a broad product line and global reach. The trend calls into question the future role-and viability-of niche players.

Much like JDSU, Avanex, and Bookham in optical components and subsystems; Alcatel, Nortel, Cisco, and others in the systems space; and the RBOCs and other carriers who are positioning themselves for triple-play service provision, test equipment vendors have concluded that bigger is better. According to Sujan Sami, senior research analyst for the Communications Test & Measurement program at market research firm Frost & Sullivan, large size makes a test equipment vendor more appealing to major customers, who want a broad product line.

The larger vendors agree. “One of the things that’s happening is companies are trying to broaden their product and technology portfolios to be able to either provide a broader range of solutions to the customers or to take some of the technologies from different acquisitions and bring them together into unified products,” offers John Peeler, executive vice president, Communications Test and Measurement Group, at JDSU (Germantown, MD) and former CEO at Acterna.

“Our customers need solutions to test problems, not just single-point products,” writes Rick Pearson, marketing manager for Agilent Technologies Inc.’s Computing and Networking Solutions Business Unit (Palo Alto, CA), in response to an e-mail. “They appreciate buying from a full-line provider with consistent support and warranty policies. In addition, Agilent’s breadth of optical measurement knowledge has allowed us to tailor products for emerging applications and opportunities.”

A change in their customers’ buying habits reinforces the “size is everything” mentality among test houses. “A couple of years ago, in a big service provider, you’d have had a tender for one product and a tender for the other product,” relates Etienne Gagnon, vice president, physical-layer product management and customer service, at EXFO Electro-Optical Engineering Inc. (Vanier, QC, Canada). “Now we see more tenders for a range of products…So now it’s all about having a complete offering that can satisfy the entire need. And, obviously, the driver behind that is to try to get a better price.” EXFO moved to meet this trend by acquiring Consultronics, thus adding DSL testing products to its otherwise optical portfolio. 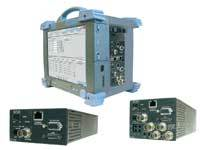 Just like the products they develop, test equipment companies are becoming more integrated, thanks to a round of mergers and acquisitions.

As Peeler and Pearson note, a breadth of products and technologies also aids in the development of new, more integrated offerings. In addition, an acquisition can expand not only a product line but also the number of markets served. Sami notes that the pairing of JDSU and Acterna enables the combined companies to address test requirements from product development through deployment. This ability gives JDSU and similarly configured players the ability to anticipate requirements throughout the development and deployment lifecycle, as well as get a head start on tailoring products for emerging technologies and customer demands.

Of course, M&A in the test space also has occurred for the classic reasons: desire for market share and economies of scale. Olga Yashkova, another research analyst at Frost & Sullivan, notes that the acquisition of NetTest enabled Anritsu to jump from fifth in market share for fiber-optic test equipment in 2004 to perhaps as high as second. Meanwhile, Peeler notes that by choosing the right acquisition or acquirer, “there are some distribution efficiencies that you get by being able to deliver the products across the whole world. So when you spend a dollar on R&D, you can leverage that by being able to take the resulting product into more markets.”

However, market requirements must pair with a favorable economic environment to spark M&A. “It was a really bad time to sell your business two or three years ago,” notes Peeler. “As the market has turned around and gained some growth, people who wanted to get out of the market for some time are bringing their companies up for sale.”

“After so many hard years, 2005 was the first year where you’ve seen improvement in our field,” agrees Bruno Huttner, general manager of Sunrise Telecom’s Optical Products Division (San Jose). “In 2002, 2003, and most of 2004, everybody was in survival mode. And I think everybody’s now getting out of this mode.”

In fact, according to Charlie Schaffer, vice president of marketing at SyntheSys Research Inc. (Menlo Park, CA), the current consolidation trend has as much to do with economics and the bubble as anything else. “It’s been pretty remarkable, given how big the collapse was in 2001 and 2002, that it has taken so long for the consolidation to really get underway,” he says. “I’d look on it as the consolidation phase is just an absolute necessity.”

The increasing number of giants walking the test equipment Earth poses a dilemma for smaller companies, who must find their place in the market without getting trampled.

“In my entire career, I’ve always seen continued emergence of disruptive players. In the digital space, recent ones have been like IXIA and Spirent…that came in and wreaked some havoc,” says Shaffer, in defense of the little guy. “The big guys-the Tek[tronix]s and the Agilents and the Anritsus-have massive strength and brand. But there is a place to come in and solve people’s problems better. And I don’t see that door being closed by any means.”

Huttner notes that the “bigger is better” mantra applies most strongly to the major telcos. “You also have some small players who don’t really care [about the size of the test equipment supplier]. They don’t need equipment for everything; they just need a specific kind of equipment. In this case, obviously, there is a place for small [test equipment] players if they offer the right product at the right price,” he says.

Gagnon believes that smaller companies will need to be nimble in today’s environment to remain successful. “There are still new technologies that are getting out there-things like 10-Gigabit Ethernet is an example-where the early entrant has an advantage. But there is less and less of those products,” he says. “There is room for small players, but they have to take advantage of their innovation very quickly if they want to survive.”

Innovation also may reward smaller companies with more than a spike in revenue. “If you develop the right technology for a new product, then you will become immediately a target for acquisition,” Huttner notes. Huttner speaks from experience; his former company, Luciol Instruments, was acquired by Sunrise Telecom in 2002.

Sentiment appears to favor continued consolidation within the test equipment space. “You have to have a decent ‘share of wallet’ if you want to survive and be able to generate enough margin. By the nature of that, you’re going to see more and more big players and less and less small players,” Gagnon offers.

More than one industry observer stated that as more companies develop similarly broad product lines to a customer base that is itself consolidating, competition will increase. Margins may become tighter, meaning more attrition and more M&A opportunities.

The large companies will need to leverage the strengths their size provides without letting that size hinder innovation if they want to remain on the right side of the ledger. “Even if you’re big…you have to keep your innovation at a certain level so you’re not lagging the small companies,” says Gagnon. “You might be big and get good market share, but if you’re always lagging and if you’re always the last to get into a market, you’re going to disappear.”

“I think you need to integrate your products,” offers Huttner. “You need to have something in which the customer can use the whole product without too much new training. You can’t just have one product here, one product there. You need to provide something which is unified.”

Smaller companies also can integrate their products-and leverage economies of scale and distribution-by partnering with larger players. For example, SyntheSys Research has paired with JDSU to offer the market a suite of products for receiver testing that combines the former’s BERTScope product line with the latter’s OPTX10 line of reference generators; ONT-506/512 platform for SONET/SDH, OTN, Ethernet BERT, and jitter testing; and Multiple Application Platform (MAP) software programming tool for optical signal conditioning.

Meanwhile, the niche players must remain dedicated to what they do best. “Engineers are looking for help solving their tough ISI [intersymbol interference] performance and compliance test problems,” says Schaffer. “Having a sharply focused, application-peaked sales team helps you compete with sales teams that are spread on a big portfolio.”

Thus, Schaffer believes that no matter how much M&A activity takes place this year, the test equipment market may not see a significant drop in the number of companies competing for customers. “I think there will still be some consolidation, but it will cycle through,” he concludes. “Some of the small guys will consolidate together to get to something that is more moderate in size; some of them will get absorbed by a bigger player. And yet you’ll turn around, and in a year or two later you’ll spot one or two new emerging companies. Because technology keeps moving and the needs keep moving, and you have a bunch of smart people who realize that with test equipment, there are low-volume niches where innovation can give you a business.”