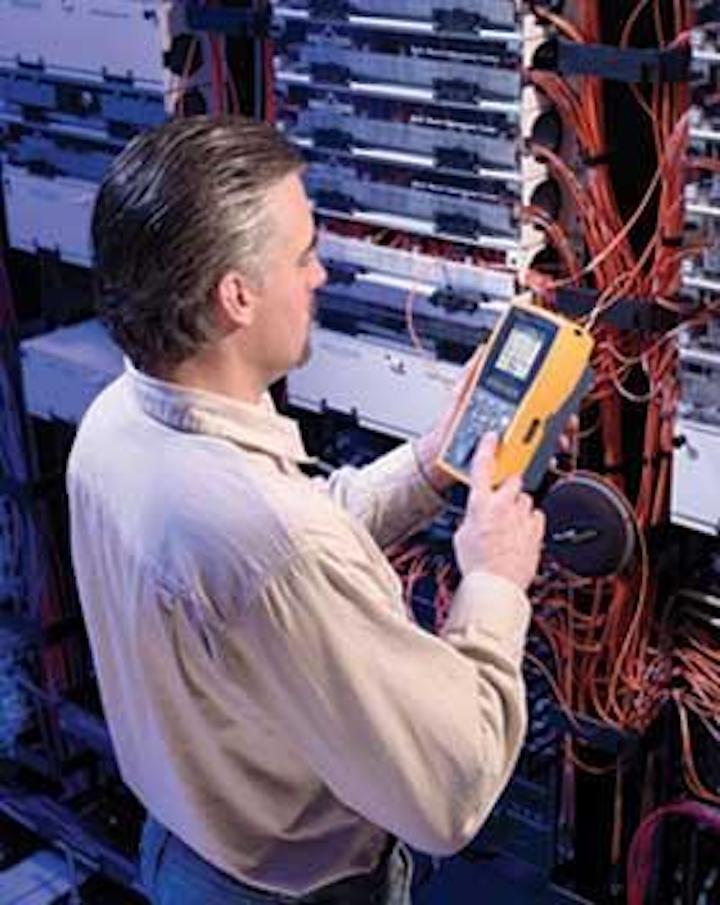 An optical time domain reflectometer (OTDR) is used to characterize optical fiber and, by extension, optical fiber networks. It measures end-to-end loss, section loss, splice loss, and the reflectance of connectors, splices, tight bends, and other "events" to locate breaks, faults, misalignments, and degradations along the fiber. 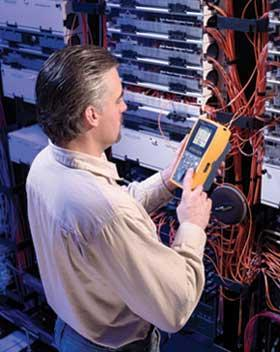 Fluke Networks reports strong use of the OTDR in enterprise networks, driven by the transition from copper to fiber and the migration to 10-Gigabit Ethernet.

Several years ago, folks in the OTDR industry wondered whether the device had reached its technical limits — whether it was, in fact, a commoditized product. Everything that could be brought to bear in an OTDR was already there, some reasoned. But the advent of FTTX networks has reinvigorated the OTDR market — and has resulted in the need for new functionality not just in the access but the metro and long haul as well. It turns out an OTDR is no more commoditized than a car, which is to say, they are ubiquitous, but there is plenty of room for innovation and differentiation. Today's OTDR vendors are very busy developing new test devices tailored for specific applications – be they FTTX networks, the enterprise/data center environment, or even submarine networks.

Stephane Chabot, director of EXFO's (www.exfo.com) Optical Business Unit, argues that the OTDR is more widely used now than ever before. He cites a recent European Benchmark Forum study which found that 56% of optical layer testing needs were met by the OTDR. "That was a quantum leap from about two years ago when it wasn't even close to that percentage," he reports. 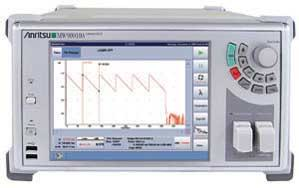 While Chabot admits that OTDRs will never as accurate as optical loss test sets (OLTSs), "they are coming extremely close," he says. "Obviously, for end-to-end loss and bidirectional testing and attenuation, it's always been a great tool. But now for ORL [optical return loss] and reflectance, it has become the tool of choice."

By all accounts, the access network has reinvigorated the OTDR market because classical OTDRs simply were not designed to meet the unique challenges this part of the network poses. In the words of Joe Anello, manager of product marketing at Anritsu Instruments Co. (www.anritsu.com), the access is "the next frontier."

FTTX network operators do not necessarily need big, expensive OTDRs with 50 dB of dynamic range and the ability to cover 250 km. Instead, they need a handheld device with a very short dynamic range – maybe a kilometer – that they can purchase for $2,000. When dropping fiber to individual houses, the operator just needs to cover that portion of the network from the house to the pole, the PON splitter, or the pedestal, says Anello.

The FTTX splitter – be it 1x4, 1x8, 1x32, or even 1x64 — provides a formidable challenge for the conventional OTDR. Splitters represent very large point losses, meaning you cannot measure beyond them using existing equipment. "With a classical OTDR, if you saw a 3- or 4-dB loss, you said, "Well, that's the end of fiber," recalls Anello, "and you really didn't care much beyond end of fiber. But now you could have a 17-dB loss, and there's fiber behind it that you still have to measure." As such, PON-optimized OTDRs must have very short dead zones.

While many OTDR vendors say they have solved this problem, the degree to which it has been solved remains subject to debate. Some vendors advocate using one OTDR for installation and maintenance of the PON from the CO to the last splitter and then another OTDR to test the link from the splitter to the house.

"Some claim they have very good resolution with the short pulsewidth, but when you go through the splitter in a PON network, that requires you to have a high dynamic range," notes David Chen, business development manager of Sunrise Telecom's (www.sunrisetelecom.com) Optical Products Group. "High dynamic range is always reported with a longer pulse width. The reality is that for current PON networks, measuring straight through from the OLT to the ONT is not really currently possible with good resolution," he admits.

For that you need an OTDR with a 3- to 5-nsec pulse width, versus the typical 10-nsec pulsewidth of conventional OTDRs, a spec that most of today's PON-optimized OTDRs meet.

Some of the challenges associated with FTTX testing have also been encountered in the enterprise environment, particular the short link lengths and closely spaced optical events. Just as in a PON, the pulsewidth and longer dead zones of the conventional long-haul OTDR render it incapable of detecting individual events. "The whole data center would be within the dead zone," notes Harley Lang, marketing manager of fiber-optic products at Fluke Networks (www.flukenetworks.com).

In fact, the use of OTDRs in the enterprise is quickly becoming a necessity, he adds. "The transition and growth of fiber in the data center is obviously a big issue, as well as the migration to 10-Gigabit Ethernet. As we move to higher bandwidth applications, loss budgets...have decreased," Lang explains. "Network owners would have 11 dB to play with when they were running, say, Fast Ethernet, but when they go to 10 gig, they only have 2.6 dB for their loss budget. That is a big driver for fiber certification."

Last year, Fluke Networks introduced its DTX Compact OTDR module for Tier 2 or extended fiber certification as prescribed by the recent TIA TSB 140 ISO/IEC 14763-3 specifications. Both define two levels of testing, with Tier 2 being "a complementary OTDR test to help increase the quality of the installation by being able to look at individual events as well as the overall end-to-end link," says Lang.

Tom DePaolantonio, JDSU's (www.jdsu.com) director of fiber optics for North America, also reports an uptick in the sale of OTDRs for enterprise applications. "Enterprise accounts were traditionally just a power meter/light source," he says, "but because there is a larger amount of bandwidth going over these enterprise networks, such companies are now looking to OTDRs to get more detailed information."

At the recent OFC/NFOEC Conference, Anritsu introduced a coherent OTDR (C-OTDR) specifically designed to characterize submarine optical networks. A conventional OTDR cannot accurately characterize a submarine cable because such cables rely on erbium-doped fiber amplifiers (EDFAs) for a periodic boost or regeneration of the signal. Because the EDFA is a one-way device, a conventional OTDR cannot measure beyond the first EDFA; no light reflected beyond that point is returned to the OTDR's test point.

A C-OTDR, therefore, must feature a separate transmit and receive port for connection to the network under test, explains Joe Anello, manager of product marketing at Anritsu. "The C-OTDR launches light pulses into the outbound fiber and records the backscatter and reflections that are returned on the inbound fiber," he says. "The resulting trace looks like a series of conventional OTDR traces concatenated end to end."

Though C-OTDRs have been around for a number of years, Anello says Anritsu's new device is much smaller, about the size of the average desktop PC case, and portable. Additionally, the device features one-button operation, which is a trend seen throughout the OTDR market, from access to long-haul/submarine segments.

On the whole, network installers up and down the food chain are "relying on the OTDR probably more so today than they ever have," concludes JDSU's DePaolantonio. "Some phenomena that might not have occurred years ago are occurring now because we're putting more on the fiber, at higher speeds, and closer together. And the OTDRs are able to bring that information back."