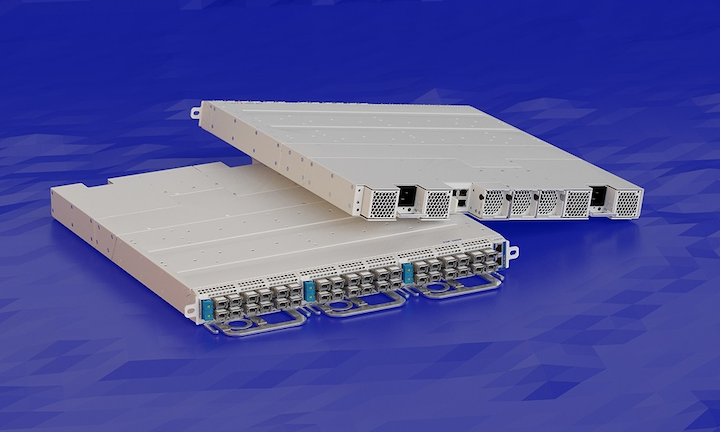 ADVA (FSE: ADV) asserts that a live network trial conducted in collaboration with the Poznan Supercomputing and Networking Center (PSNC), EENet of HITSA, and Tele2 Estonia demonstrated the ability of the company’s FSP 3000 TeraFlex open transport system to efficiently transmit wavelengths of 200 and 500 Gbps over infrastructure originally engineered to support 100 Gbps. The trial, based on an optical spectrum-as-a-service approach, saw the FSP 3000 TeraFlex transmit 200-Gbps wavelengths over 5,738 km via a 2.5-bit/symbol modulation format as well as 500-Gbps wavelengths over 1,016 km using a 5-bit/symbol modulation format.

For good measure, the collaborators also demonstrated 300-Gbps transmission over 3,751 km with 3 bits/symbol and 400 Gbps across 1,792 km with 4.5 bits/symbol. ADVA adds that the demonstration also highlighted the feasibility of 800-Gbps wavelengths over 1,016 km in a single 125-GHz slice of spectrum. The trial leveraged infrastructure within Tele2 Estonia’s “Baltic Highway” network between Tallinn, Estonia, and Frankfurt, Germany.

ADVA says the key to such results is the ability of the FSP 3000 TeraFlex to access optical channel conditions via network telemetry, then shape capacity, spectrum, and modulation format for optimal performance. The company has designed the TeraFlex to complement disaggregated open line system (OLS) architectures. ADVA introduced the TeraFlex terminal in 2017, initially for data center interconnect applications (see "ADVA Optical Networking touts 600-Gbps data center interconnect with TeraFlex terminal"). The company has since expanded the application breadth of the system, as this long-haul network trial demonstrates.

The networking participants appeared impressed with the trial’s results. “This demo has great significance for the national research and education network (NREN) community. It shows how the enormous data demands of high-performance computing and international site-to-site connectivity can be addressed with ultra-flexible spectrum services,” said Artur Binczewski, director, network technology division, PSNC, via an ADVA press release by way of example. “Openness and automated modulation adjustment will be key to meeting the challenges of tomorrow’s NRENs. Alongside ADVA, EEnet of HITSA, and Tele2, we’re showing how the capacity of deployed infrastructure can be massively increased, enabling networks like ours to support scientists and academics with more bandwidth-intensive applications than ever before. This will enable us to continue advancing academic discourse, bolstering the economy and keeping Europe at the forefront of global learning and research.”