The fiber-optic network services provider says the duct and dark fiber infrastructure system uses ultra-low-loss fiber to reduce cost per bit, while the system route will meet the needs of clients who want to transport multiple terabits of traffic. 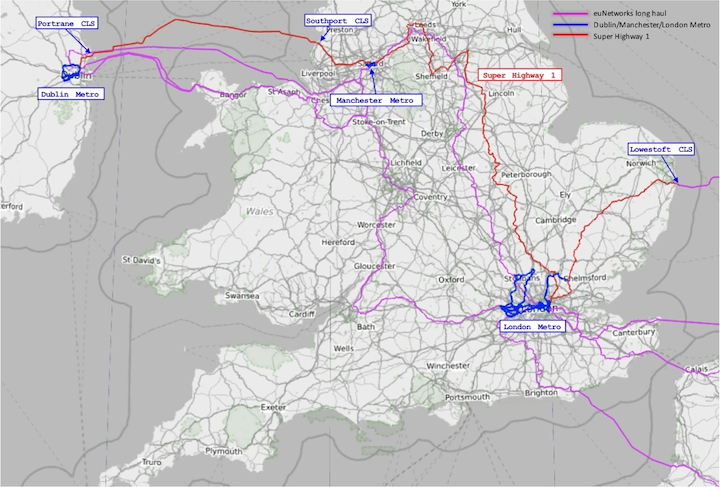 euNetworks' new Super Highway 1 system runs from Dublin to the UK, including a submarine segment.
BusinessWire

euNetworks Group Ltd. says it has completed deployment of Super Highway 1, a new combination of submarine cable and terrestrial links that connect Dublin to London and Lowestoft, which is on the eastern coast of the UK. The fiber-optic network services provider says the duct and dark fiber infrastructure system uses ultra-low-loss fiber to reduce cost per bit, while the system route will meet the needs of clients who want to transport multiple terabits of traffic. 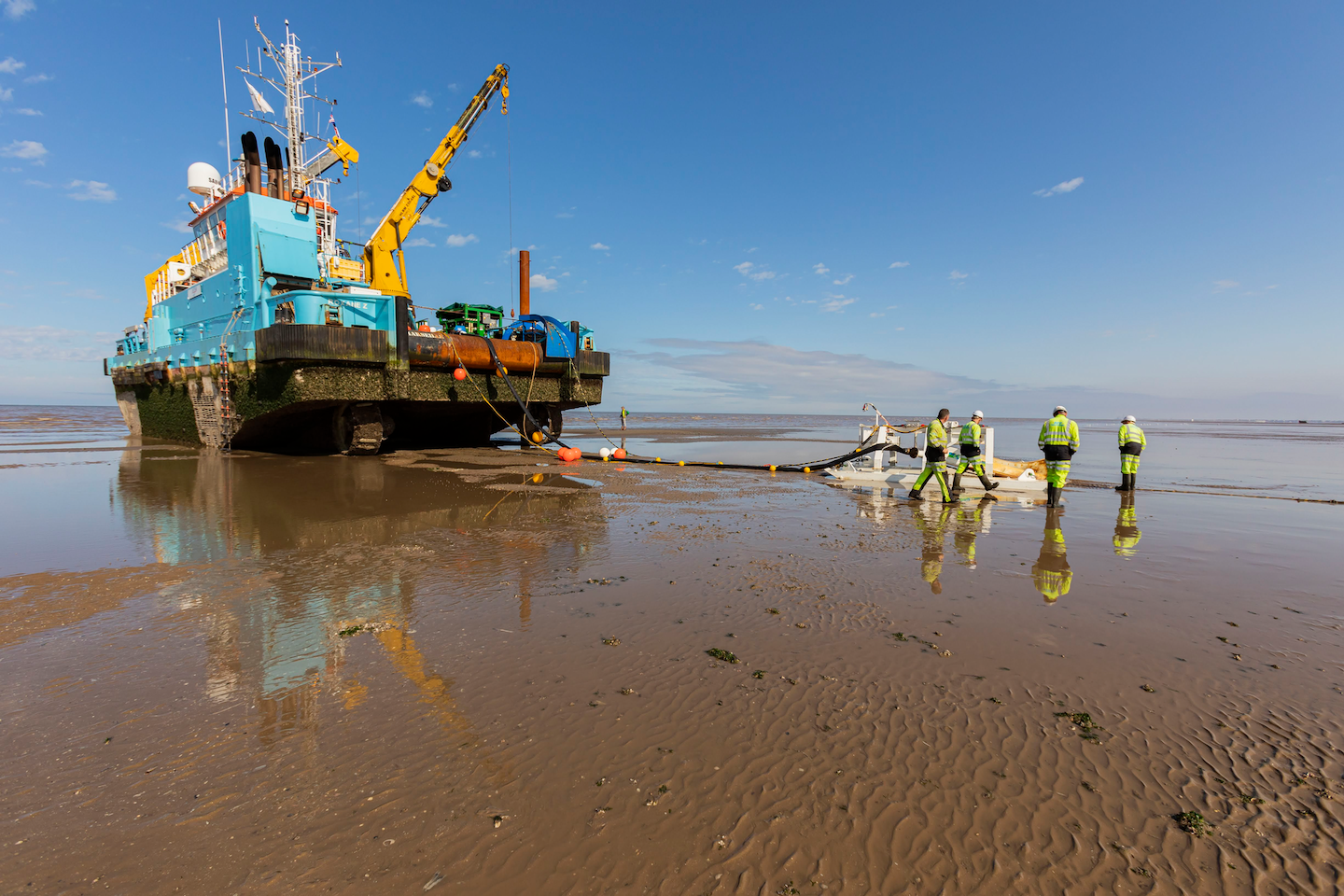 The Super Highway 1 Rockabill shore-end cable lay.BusinessWireeuNetworks worked with McMahon Design & Management Ltd. (MDM) to deploy the Rockabill undersea link, with MDM managing the development concept, permitting, licensing, and cable lay. The shore end work at Portrane and then Southport was undertaken this past July and the main lay cable works were completed in early September.

“Super Highway 1 is an important investment in Western European bandwidth infrastructure,” said Brady Rafuse, CEO of euNetworks. “Critically for our customers this network development continues our approach of delivering highly scalable, owned, and operated fiber-based infrastructure to support their needs.

“Data center connectivity remains critically important to business today,” added Rafuse. “This new fiber system delivers vital infrastructure to support the many businesses in Ireland and the UK whose connectivity requirements continue to grow, including the numerous hyperscale companies with a strong and growing presence in Ireland and beyond.”